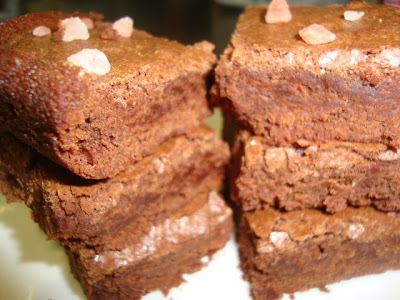 I saw it first on Food Network (where else?) when they featured Salty Goodness in an episode of The Best Thing I Ever Ate. Claire Robinson talks about her favorite brownie from Baked in Brooklyn NY. Yes, the mixture of both salty and sweet and the result is amazing goodness according to Claire. I am so making this one, I thought. Think about eating trail mix which is a mixture of salty nuts and sweet dried fruits. A Chinese delicacy called champoy also came to mind so this shouldn’t be totally alien. FYI, they are dried plums which are salty and sweet at the same time. I hated champoy in the beginning because of its smell but I learned to love it and still do. First you taste salty as you suck on it then it wanes and sweetness comes along like saving the best for last. Plus a friend also posted her own version of her sweet and salty brownies at Soompi although she topped hers with toasted coconut. I want to top mine with Himalayan Pink Salt Crystals. That would be awesome!

So yesterday at work, someone asked me what I’m making for tomorrow. More often than not, I bring baked goodies to work. So she asked me why I don’t make some brownies since I haven’t made any in a while. And I remember my salt crystals. Why not? This is the time to try this variety, if it will work to my taste.

I used dark chocolate, organic cocoa powder, eggs, all-purpose flour, unsalted butter, pure vanilla extract and my pink salt from Himalayas. I only used a tad more than the usual amount of salt I use when baking so that I only got a subtle hint and it worked well because I decreased the amount of sugar. But it is nice topping the brownies with pink little crystals though although I had to them before eating to lest they become too salty. 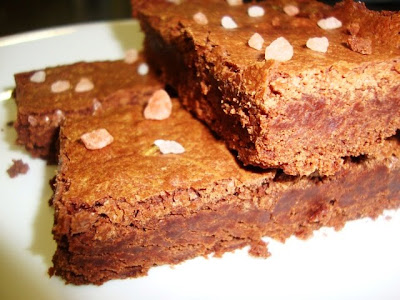 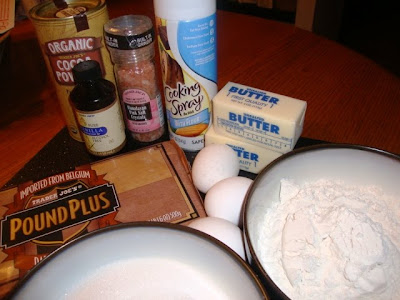