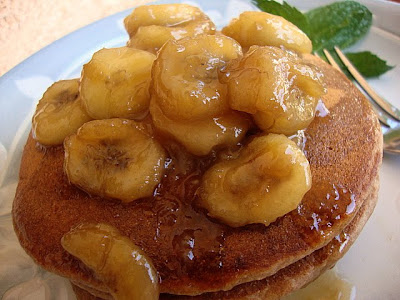 It’s weekend again and since I just recovered from semi or somewhat-like-flu that I had early last week, I decided to just stay at home; watch some DVDs and see what I can make in the kitchen. For breakfast, I decided to make whole wheat pancakes and I was lucky to find a couple of ripe bananas for my topping. I’m thinking something in syrup so it will serve as double purpose- fruit topping and syrup as well. Bananas Foster sounds yummy but I don’t have rum in the house so Bananas Foster-wanna be it is then. I will not post the recipe for the pancakes anymore since I’ve done this in the past. You can search for the recipe of my Whole Wheat Pancakes with Brown Sugar and Maple. For the Bananas Foster Wanna Be, here’s how to make it. Just melt half a stick of unsalted butter and three tablespoons golden brown sugar in a non-stick pan, add two ripe bananas (sliced), banana flavoring, and a dash of nutmeg and simmer for two minutes on each side. 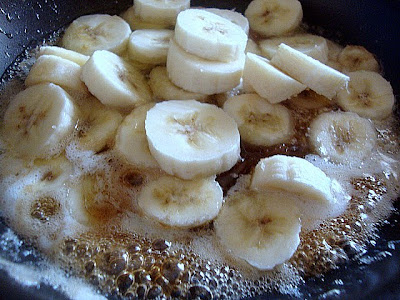 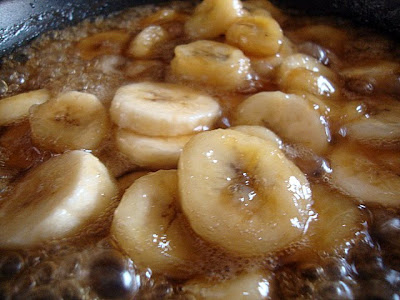 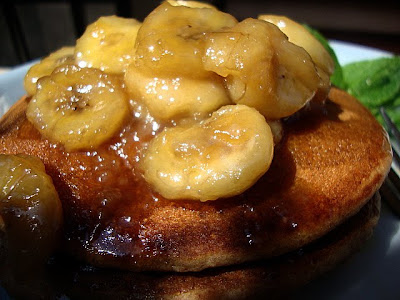 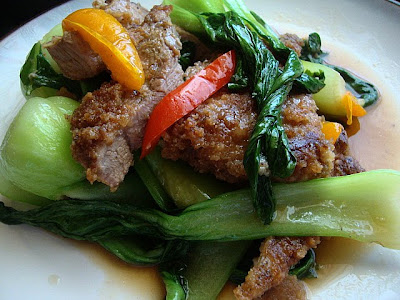 This is my version of a Thai dish which is called Phat Khana Mu Krop. It is basically crispy pork bellies with stir-fry Chinese broccoli, chilies, and oyster sauce. I don’t have pork bellies so I had to make do with what I have which are pork shoulder blade steaks. Here are my ingredients:

I had to do the long shot to achieve the crispy on the outside; moist and tender on the inside texture of the meat by building a crust first for the pork. First, I seasoned the steaks with salt, pepper and paprika, and then I dredged them in flour, dipped in beaten eggs then rolled in panko crumbs. The next step is browning them on both sides in pan using canola oil then I finished the process by transferring them to a baking sheet and baking them for thirty minutes. 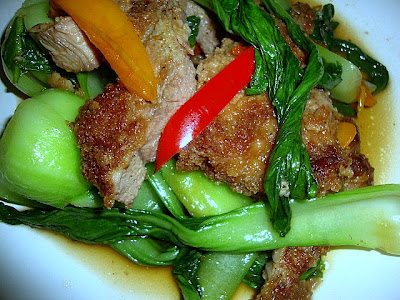 While the meat was baking, I quickly blanched the bokchoy- plunged them in boiling water then rinsed them in ice cold water to retain the beautiful green color. The sauce which will give more flavors to the dish is done by sautéing lots of garlic in canola oil. Then I added the bell peppers, chili flakes and oyster sauce. Originally, the dish is not spicy but I want a little kick so I added chili flakes. I allowed the bell peppers to cook for a minute then I added chicken broth and when it was bubbly, I added the bokchoy and the pork which I already sliced. It was delicious! The meat was tasty and didn’t have to depend on the sauce for flavor. Crispy on the outside and moist on the inside the way I intended them to be and the combination of the sauce, the bokchoy and the meat was so perfect and I think adding dashes of sesame oil sort of hit the spot. This is a dish that is best eaten with steamed white rice.
Email Post
Labels: Breakfast Pancakes Pork Stir-Fry Vegetables