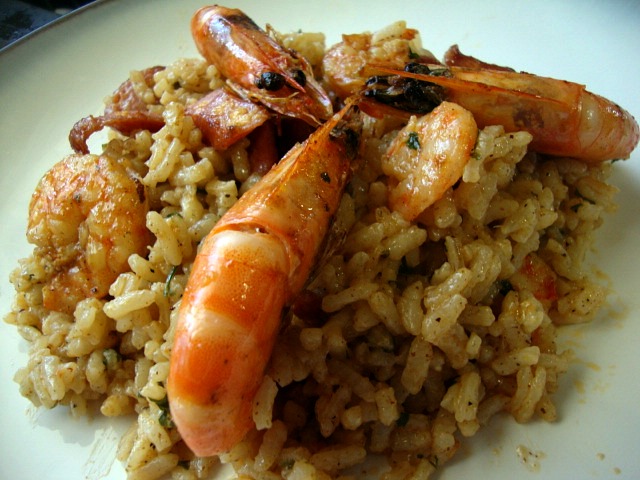 I was so busy working on my Pavlova that I almost forgot to prepare lunch. Surely we can't just have dessert so I had to make a quick one. I have arborio rice and shrimp and more shrimp. I also have some mini sausages with cheese in the centers so the cast is complete. For a while I thought of using squid ink but my jar is all the way at the back of the fridge where it's coldest. I don't have time to take out the other stuff and get them out of the way just to get it.

I must say the most time-consuming step in the preparation of this dish is peeling and de-veining the shrimp. That really took a long time. I felt like I have so much shrimp when in fact it's the tedious process that takes forever. I boiled all the skins and heads and used the broth so I have a stronger shrimp flavor. I know it has to be a little soupy but I let it dry somehow so it was paella-like minus the saffron.

For the shrimp:
1 lb shrimp, peeled and deveined (save the skins and heads for the broth and reserve 3 pieces skin and head on for garnish)
1 tsp lemon pepper
1 tsp sea salt
1 tsp paprika

Method:
Season the shrimp with lemon pepper, paprika and sea salt
Boil the shrimp heads and skins in 6 cups of water. Lower the heat when it comes to a boil while working on the risotto.
Melt butter in a medium non-stick skillet over medium heat.
Sauté shrimp and allow to cook until they begin to turn pink- about 2 minutes each side.
Scoop the shrimp and transfer to another bowl, set aside
In the same pan, add a round of olive oil and add the sausage.
Brown all sides then scoop and transfer to the bowl with cooked shrimp as well
Still on the same pan, add more olive oil over medium high heat
Add onion and garlic; sauté until onion is pale golden and garlic is fragrant, about 4 minutes.
Add rice and stir to coat, about 2 minutes. Add 2 cups of shrimp broth. Simmer until liquid is absorbed, stirring often but gently.
Add parsley flakes and continue adding broth mixture 1 cup at a time, stirring often and simmering until liquid is absorbed before adding more, about 20 minutes.
Stir shrimp and sausage and cover with aluminum foil. Turn down the heat and allow the rice to cook some more. Garnish with reserved shrimp and sausage and serve hot.

Notes:
I always keep the broth simmering on very low heat on stand-by to add to the risotto gradually. I do the same thing when making Paella. Do not use lukewarm or cold broth when adding more liquid because it changes the temperature and affects the texture of the rice.

Stir the rice gently. By using a non-stick skillet, I don’t do a lot of stirring. Instead, I would just shake the skillet at times so the rice doesn’t get mashed by stirring constantly. 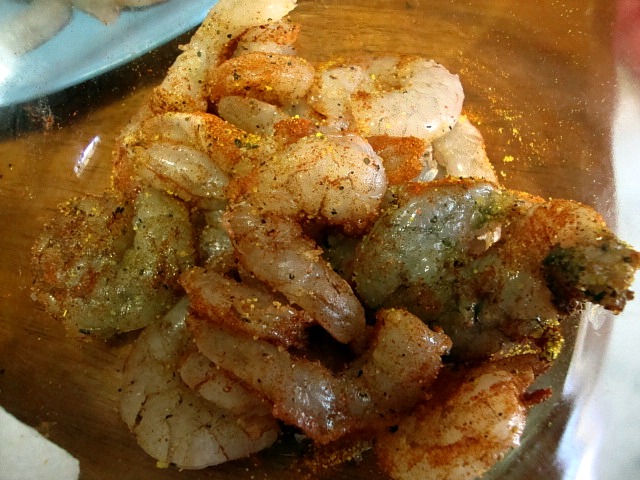 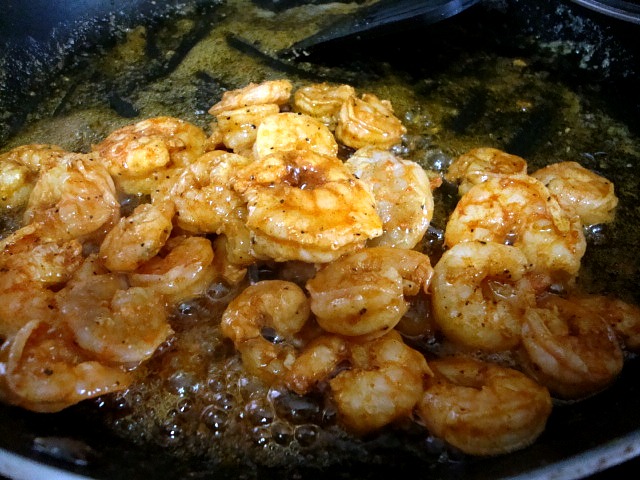 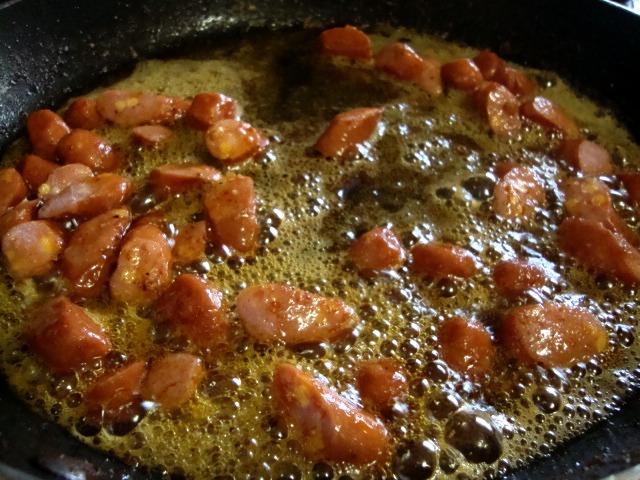 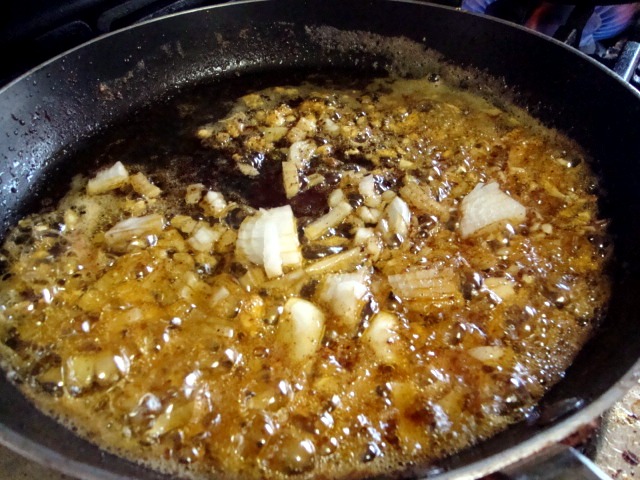 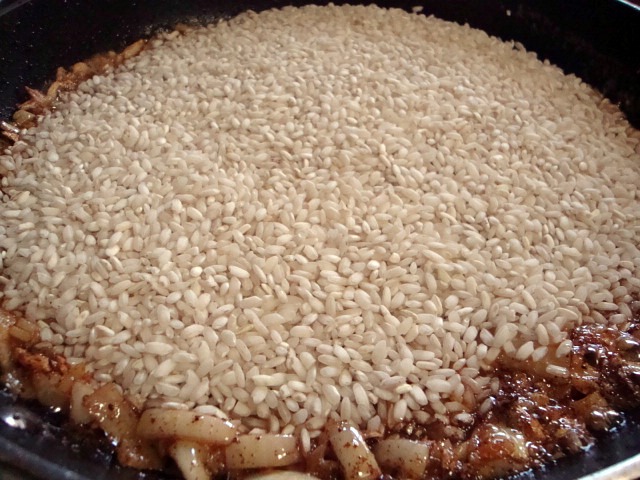 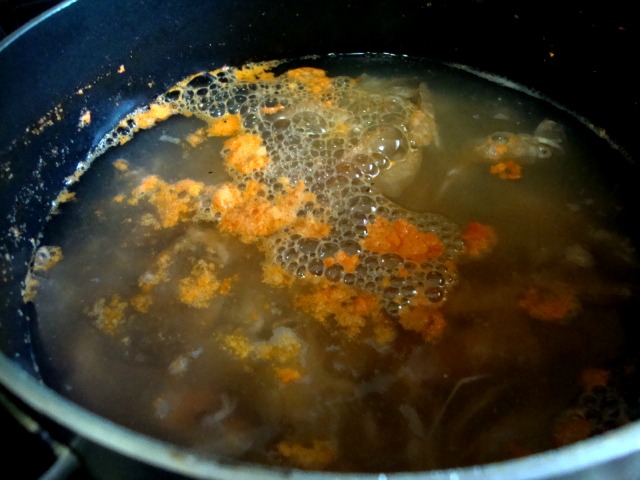 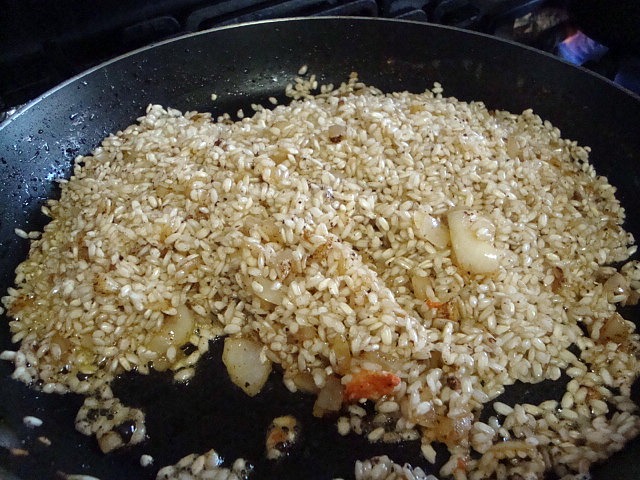 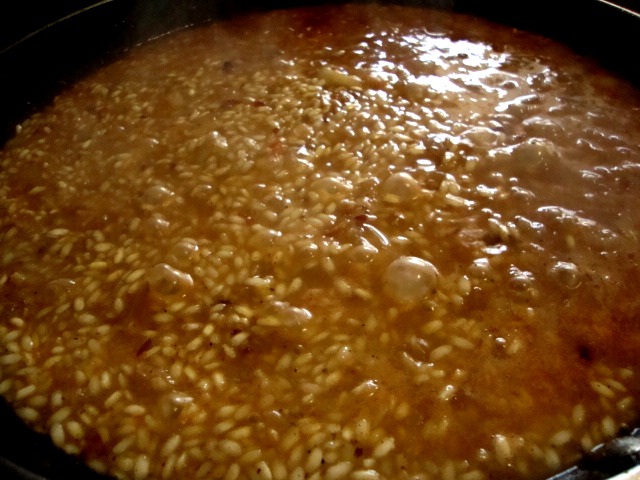 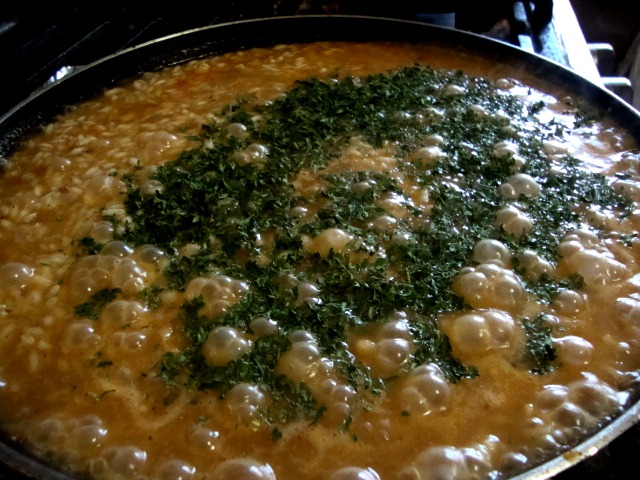 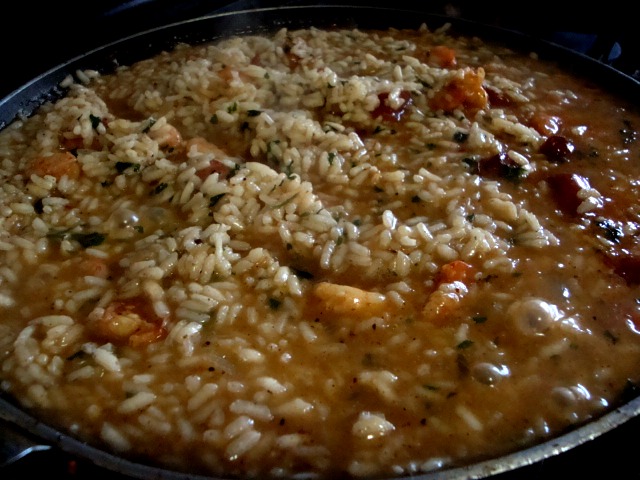 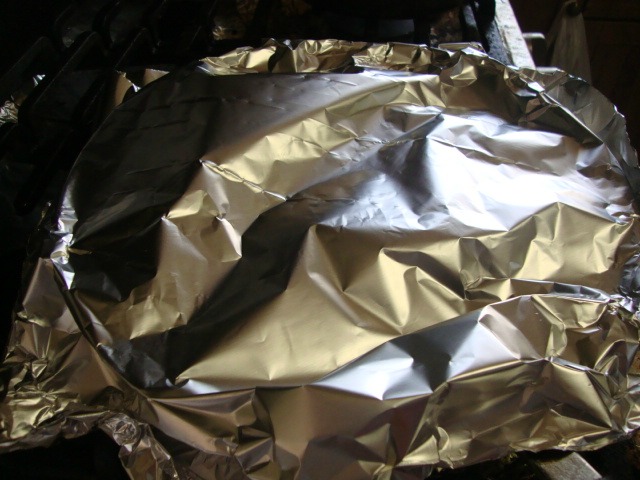 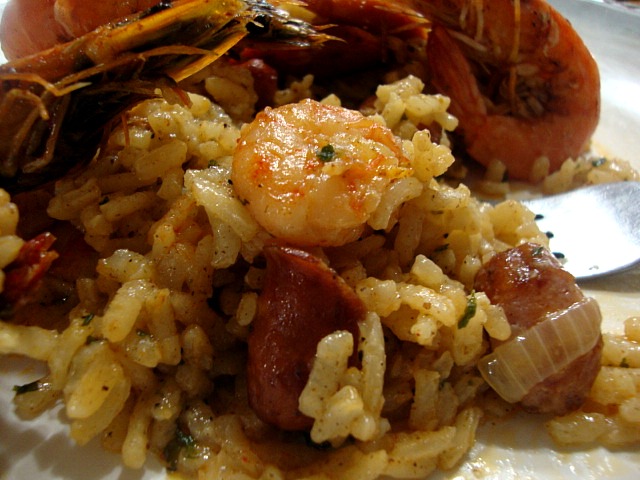