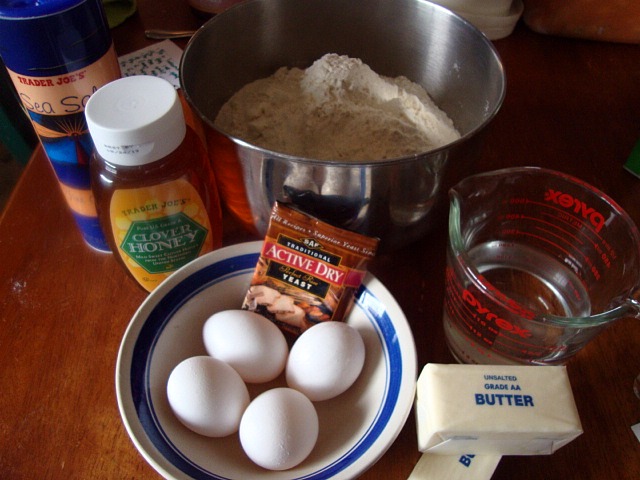 I must be on the kitchen gods' good side yesterday because it was cool and nice for the most part of the morning. It gets hot and humid early on most days being summer. Hence I was inspired to make bread which I haven’t done for a long time. Well, the first part of bread making to be exact and that is preparing the dough. I was even more blessed to find a no-knead dough recipe which made me think “where were you when I was making my bread before”? How easy can it get? The recipe involves dumping all the ingredients in a bowl, thorough stirring till all the lumps are gone and then storing the dough in the fridge at least overnight before using it. It is really different from my favorite bread recipe that I normally use.

In a large bowl, mix together the eggs, water, honey, melted butter, yeast and salt. Stir well with a wooden spoon. Add in the flour and stir until all the lumps of flour are gone. Cover loosely and store in the refrigerator overnight or as the recipe says up to 4 days. The longer it stays there, the better tasting the dough will be. 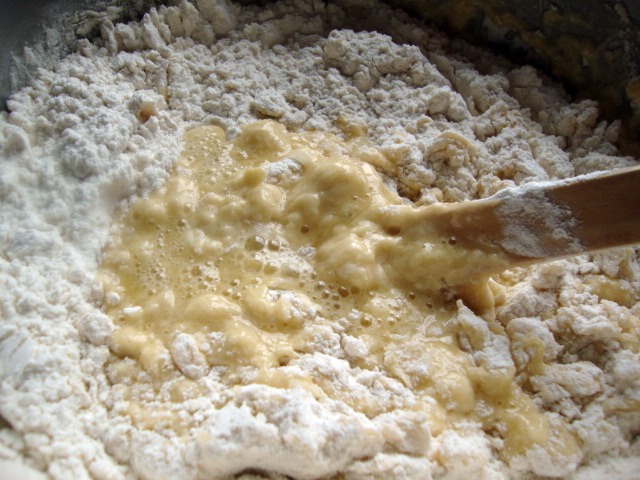 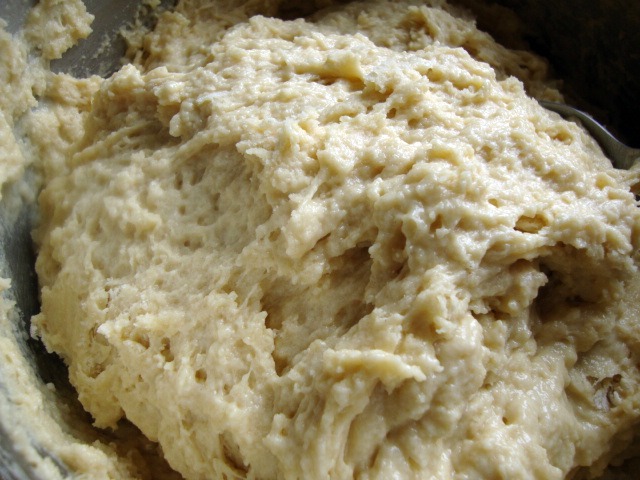 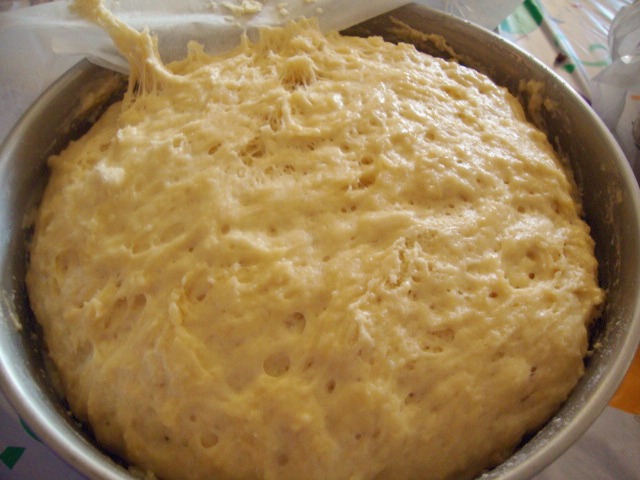 I was so excited to bake my first bread out of the dough and for that, I made Nutella Challah which I adapted from the same site but with some changes. I used old fashioned oats instead of hazelnuts; I mixed my Nutella with cream cheese and I brushed the top with my honey-butter mix right when I took it out of the oven. 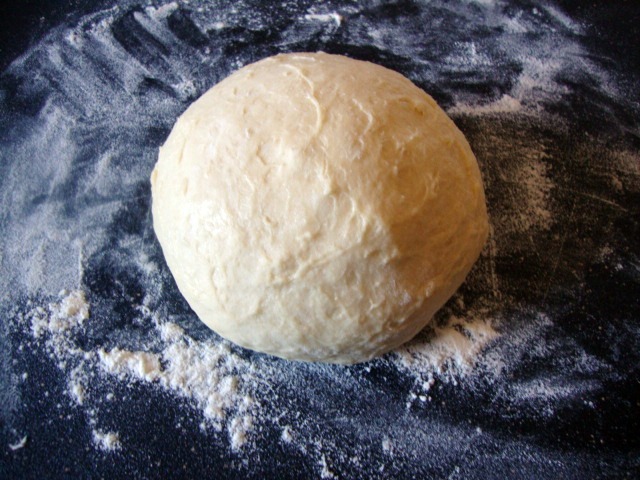 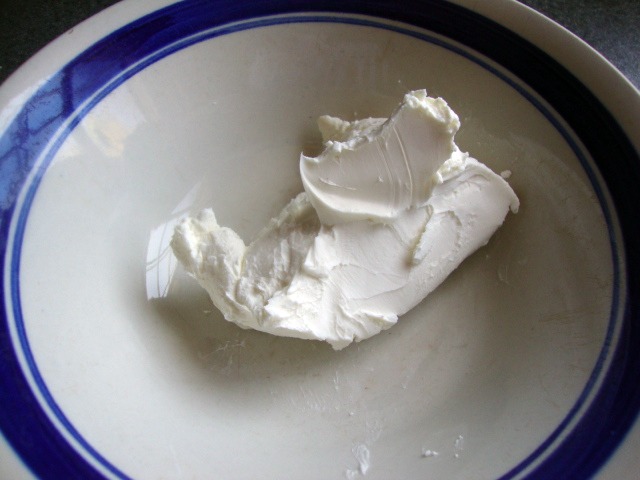 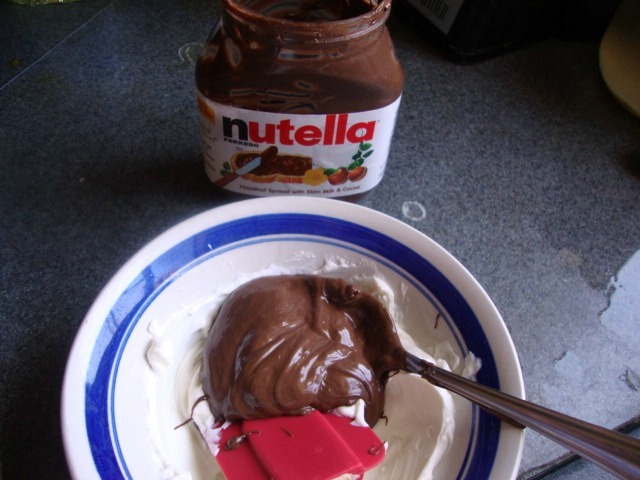 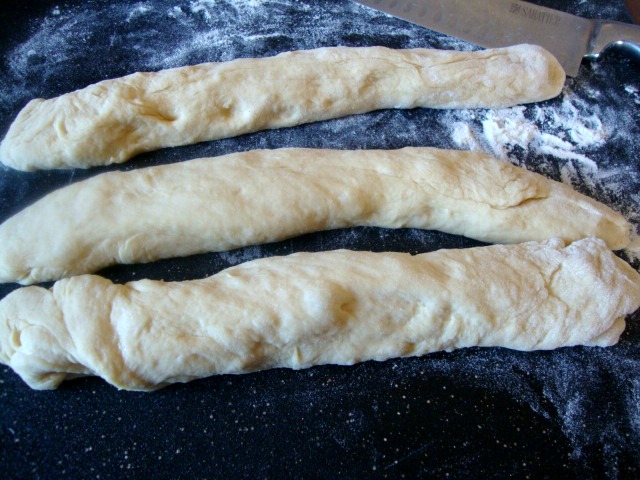 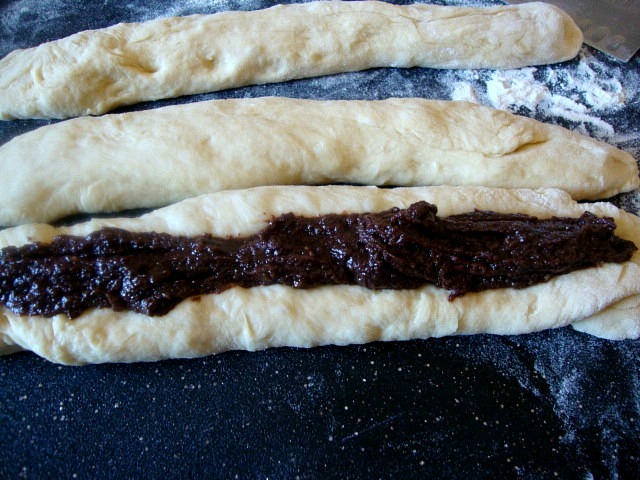 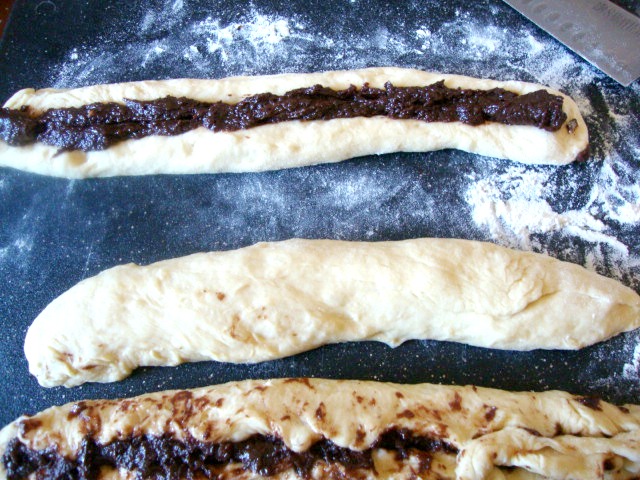 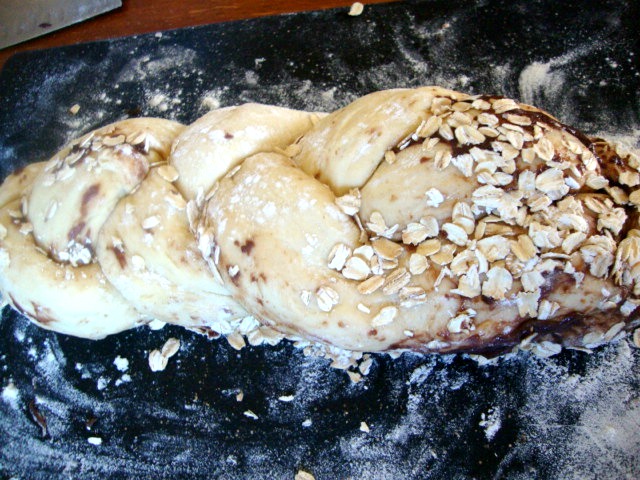 At least it was glossy even as my braid sucked which admittedly is not surprising for me. I just can't braid perfectly! It was a little bit loose so there was a big gap in the middle. But it was delicious as evidenced by the way it disappeared as fast as I served it on the table so that is comforting to know. 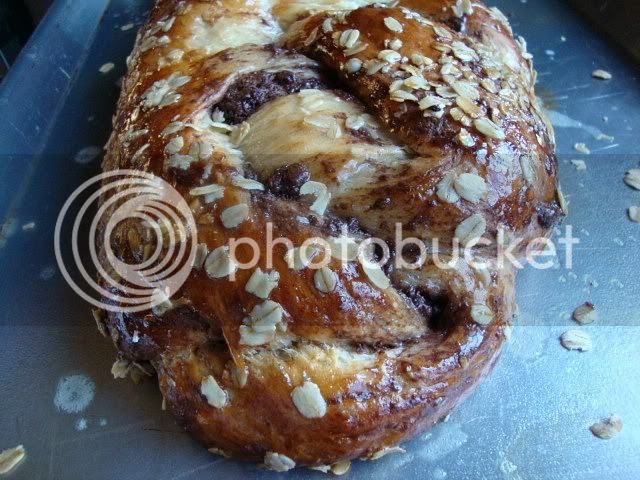 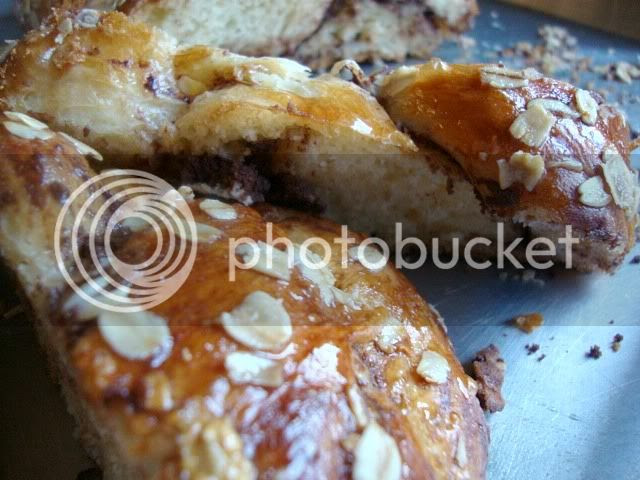 Take about a grapefruit sized chunk of dough from the bowl sitting in the fridge. Return the rest of it for future use. Generously flour your hands and the dough. Shape the dough into a ball by stretching the surface and tucking it to the bottom all around, rotating it a quarter-turn as you go. This creates a taut, smooth surface. Let the dough rest on counter, covered with a towel to take the chill off while you mix your Nutella with cream cheese.

Preparing the bread for braiding: Use palm of your hands and roll the dough into a thick, even log. Cut the dough into 3 equal pieces with knife or dough scraper. Roll each piece with your hands to stretch into a long 1 1/2″ thick rope. Try not to just stretch it out by pulling, the dough will break. Easiest way is to place dough on counter and roll back and forth with palms of hands, starting in the middle and hands move out which stretching the dough a bit. Don’t worry about getting it to look pretty, just try to get each piece even sized.

Braiding: Easier said than done for me ha ha but anyway, start in the middle and braid. Pinch ends, tuck under. Now braid the other side, pinch and tuck. Start braid from the middle (instead of top) so that it tapers evenly at both ends.

When dough is ready, brush top with egg wash and sprinkle with old fashioned oats. Bake for 25-30 minutes then brush the top with honey and butter mixture for a shiny finish. 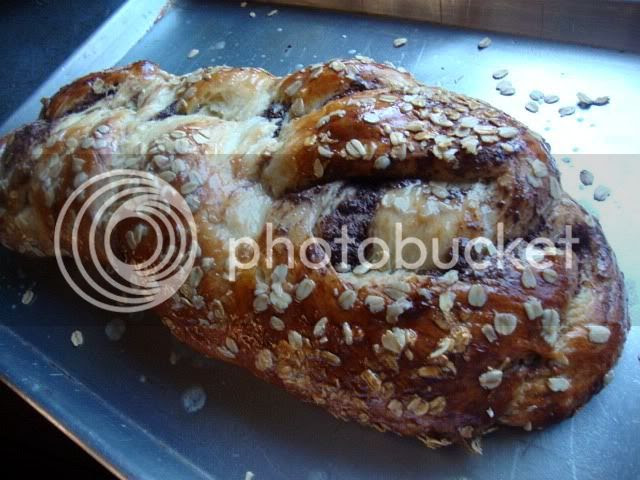