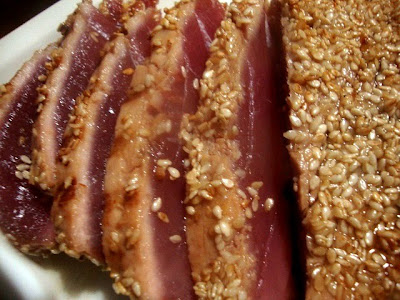 Friday seems to be my lucky day. First, I finished all my appointments early so I went grocery shopping sooner. I went to an Asian market looking for something and ended up with beautiful tuna and halibut. These are two of my faves and the nice thing about it, I didn't even have to wake up early to go to San Pedro to get them this time. Anyway, here's what I came up with tuna. I dipped the steaks in soy sauce and other spices and rolled them in sesame seeds before searing on my grill pan with olive oil. I have a bottle of Wasabi Sesame Drizzling Sauce from TJ's which served as my dipping sauce although I reserved some of the marinade for that purpose. Oh well, I mixed them together and it was lovely. It is nice paired with some greens and balsamic dressing or white rice but I had one by itself. I adapted the recipe here which I modified a little after reading helpful tips from those who tried the recipe. I think it's better to read reviews and comments before trying a recipe and then incorporating them with what you know. I skipped the wasabi paste since I already have the wasabi sesame drizzling sauce, used less sesame seeds and sesame oil and a tablespoon more honey for the soy sauce mix. 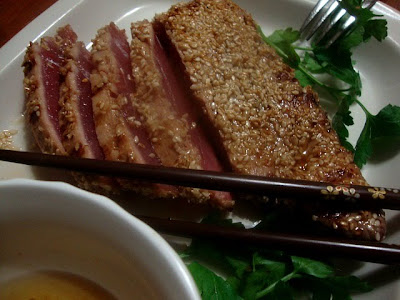 In a small bowl, stir together the soy sauce, mirin, honey and sesame oil. Divide into two equal parts. Stir the rice vinegar into one part and set aside as a dipping sauce.
Spread the sesame seeds out on a plate. Dip the tuna steaks with the remaining soy sauce mixture, then press into the sesame seeds to coat.


Heat olive oil in a cast iron skillet (I used my grill pan) over high heat until very hot. Place steaks in the pan, and sear for about 30 seconds on each side. Serve with the dipping sauce and wasabi paste 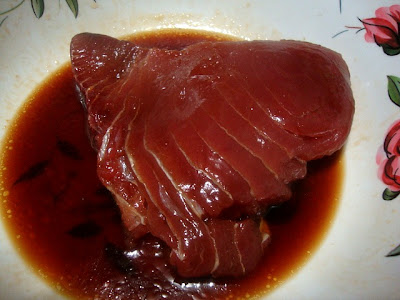 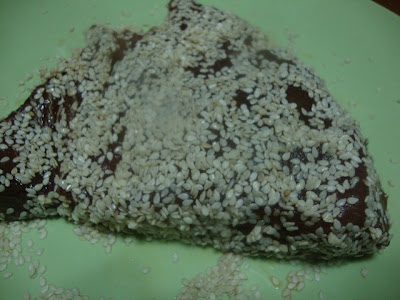 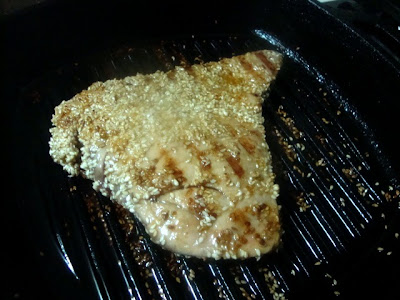 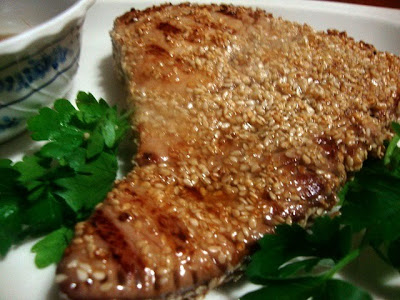 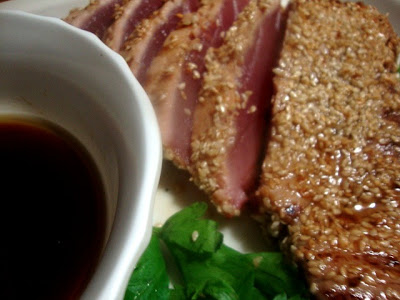 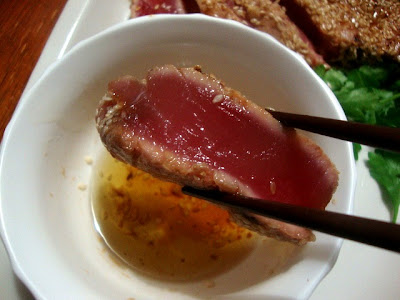