Another regular season comes to an end 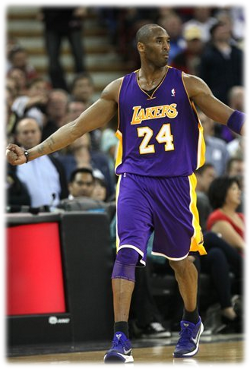 And the regular season is over again. How quickly time flies! Wasn’t it just a while back when I posted my congratulatory pictures here for my homeboys for repeating as NBA champs last June? And now, the playoffs are starting on Sunday again. I need to do this for them. First off, I need to take a bow to Kobe. I am more of a Lakers fan than a Kobe fan but he’s been loyal; never played with any other team and his dedication and incredible work ethics is just unbelievable. He’s been called many names, The Dagger, The Black Mamba, and The Closer. He is all of the above and then some more. He proved it so again last Wednesday against the Sacramento Kings. I must admit I was toying with the idea of being #3 seed already but Kobe just refuses to lose; drained a trey and took the game to overtime. We made it and broke the Kings’ heart anew- not that it matters to them more than having a nice exit at the arena in case the team really moves to OC.

I look forward to Sunday with excitement. I hope they’ll make it short and sweet so they can rest some more for the next round. Meanwhile, kitchen seems to be the best place to be before tip off time.
Email Post
Labels: I Bleed Purple and Gold