Upon Request: To Kill A Mockingbird "Lane Cake" 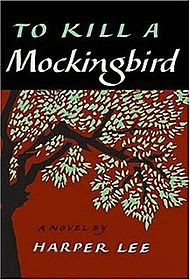 Here I am catering to Ms Crosdale's post anniversary request and the amazing part of it is it has something to do with Harper Lee's classic "To Kill a Mocking Bird" which I've read when baking has not yet entered my consciousness and all I know about cakes is to enjoy it and food takes a backseat when it comes to my favorite things and of which books is number one.

But even back then, my mouth waters or to put it bluntly, I would salivate when the food the main characters are eating are described in delicious details and I’d wonder how they taste. Thankfully, with the changing times and modern technology I likewise evolved; became a foodie and now I see myself not just enjoying food but also wanting to try to make whatever arouses my interest and whatever is presented to me as a challenge to make someone happy- but that’s too strong a word for someone without formal culinary education. Request is more like it as in Ms Crosdale’s case. After all, food should be made to please more than impress ... funny how I just stumbled into an Ina Garten quote that has the same ring to it - but not surprising at all because I believe that the essence of being a foodie is to be able to elicit smiles of happiness from the people you serve your food to; of satisfaction and appreciation for a labor of love well done.

Well, in the past two anniversaries, I posted that I’m open to requests if my followers want me to make something as my celebratory posts but this year just went by and there was no invitation to that effect. And so this is a post anniversary request and I’ve been so excited since yesterday as we watched the video and looked at the beautiful Lane Cake. Jen aka Ms C gave me most of the ingredients like cake flour, pecans, sweetened coconut flakes, golden raisins and the Kentucky bourbon. 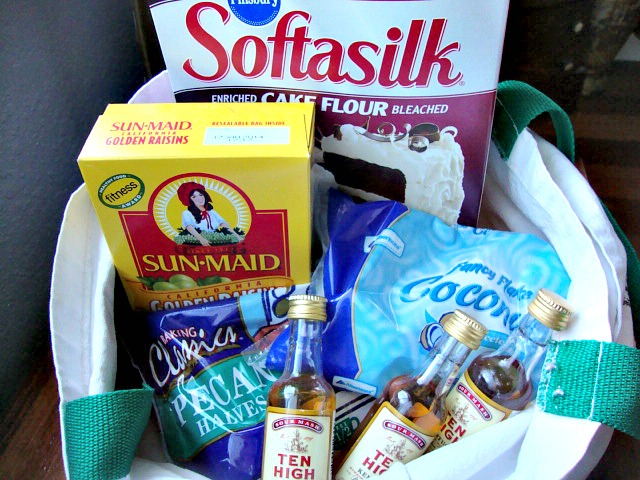 Seeing how the filling is made reminded me of the Caramel Pecan Pound Cake I made in the past which was featured in The Best Thing I Ever Ate and the mixture of nuts, dried fruit and the addition of bourbon is kind of akin to the Food for the Gods I make for Christmas. Making the Italian meringue frosting is not new to me as Uncle Emeril Lagasse taught me well way back when I was so hung up on Tres Leches Cake and would make it almost three times a week with meringue frosting as my favorite. 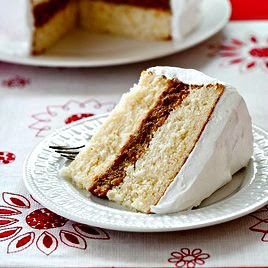 This is a very interesting recipe from Cook's Country- easier actually as it is shortened by perhaps 1/3 of the time I would normally make my cake. I love how the cake looks, not crumbly- so we’ll see how the reversed technique works tomorrow when I execute it. Good luck to me if my version comes out even a shade as pretty as this.
Email Post
Labels: Bakery Cake Random Rambling