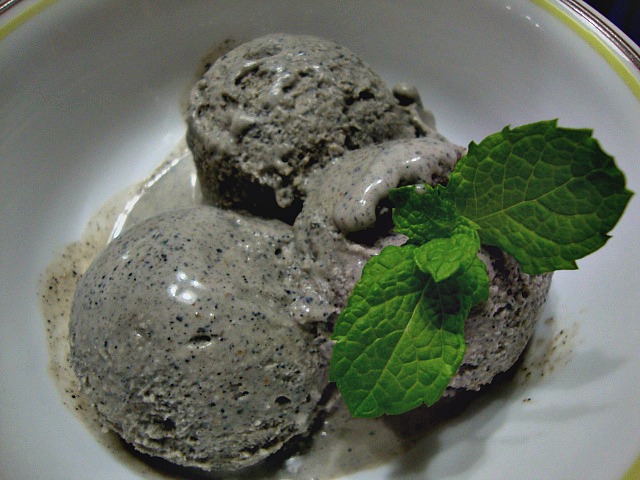 I could have done this last weekend but it was blasting hot and humid I didn’t want to do anything that will aggravate the situation. Ah the room is heavenly and I had the chance to start on a new KDrama.

I always say I only have until the 21st to wrap up my frozen treat series as that’s the day summer officially ends. I guess I will extend it because the hot weather is not conducive to my kitchen activities. 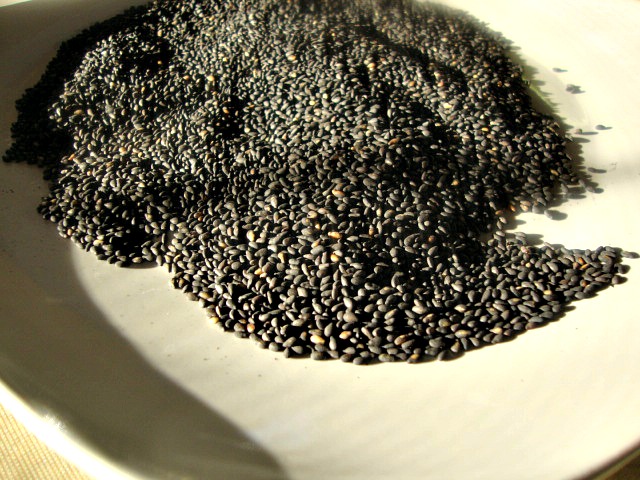 I feel bad that it took me this long to use the toasted black sesame seeds K gave me because all I have to do is tell her I need this, need that ingredient and she’ll go out of her way to get it for me. I think I’m a willing victim of my own laziness and inability to focus or prioritize the tasks at hand. The mind will be brimming with ideas and then plans are made; ingredients are prepared but somehow I’d get stalled during the execution stage. But I’m a firm believer of the cliché that everything happens for a reason and vice versa- there’s also a reason why it didn’t happen as planned. Whatever it is, I made a firm decision to make it tonight. In fact I started working on it as soon as I got home from work 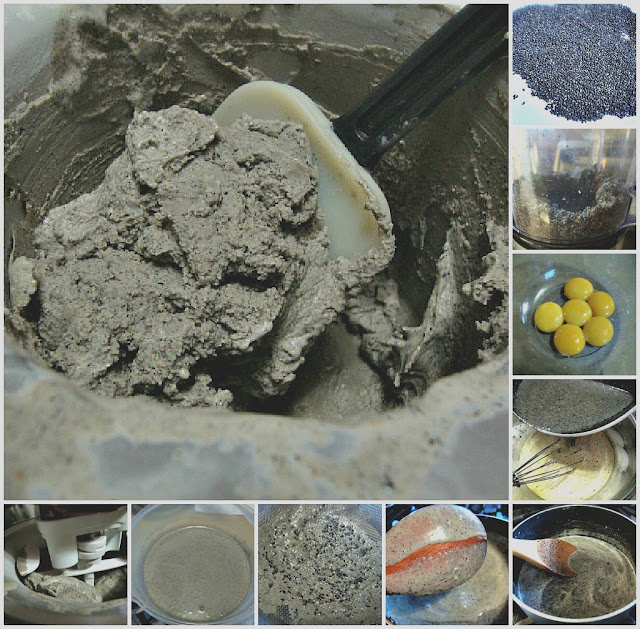 I chose the gelato way over regular American ice-cream because I want it to have a dense and bold flavor. I know I'd be losing some if I churn it like regular ice-cream. I love the aroma from the toasted sesame seeds which perfumed our kitchen while being processed in my Magic Bullet. BTW, I love this gadget! To think I've had the set as a birthday present many years ago and never used it. The other day, I ran out of caster sugar and I just poured a couple of cups in it, plugged it on and presto- I got caster sugar in a flash. Duh, that's why it's called Magic Bullet! Anyway, back to my gelato. I only made a small batch, I think the smallest ever- about three cups whole milk and heavy cream altogether plus the egg yolks and sugar that should be a little less than four cups.

It was a wise decision though- that was quick and beautiful. It is so delicious- nutty, creamy, not overly sweet, perfect for my palate! Here's how I made it 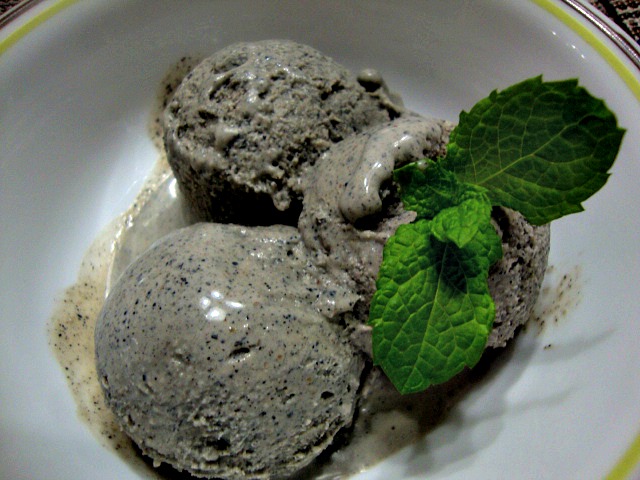 Instructions:
Process/grind the sesame seeds in a Magic Bullet or coffee grinder
Whisk together milk, sugar and ground black sesame seeds in a saucepan over medium heat until sugar is completely dissolved. Remove from heat and allow to cool slightly.

In a separate bowl, lightly beat egg yolks. Temper the milk and sesame mixture into the egg yolks, first pouring a teaspoon of the mixture into the eggs while whisking then then add another; continue whisking until the eggs have been tempered. Stir well. That is really tedious and you could still mess it up and cook the eggs so I suggest you put the bowl over a bowl of iced water during the tempering process

Add the cream and set over medium heat. Stir constantly, making sure to carefully scrape the bottom of the saucepan with a heatproof spatula to minimize clumps. Continue stirring until it thickens and a thin layer coats the back of your wooden spoon.

Remove from heat and pour into a fine strainer to get rid of the seeds and lumps. Allow to cool then transfer to a glass container and set in the fridge to cool completely and to allow the flavors to develop.
I cheated tonight and blast chilled the mixture in the freezer for an hour just so I can churn it right away

Pour the mixture into the ice cream maker and churn on low until you reach a soft serve consistency. Transfer to a lidded container and freeze for a couple of hours if you prefer it firmer which I do but------- 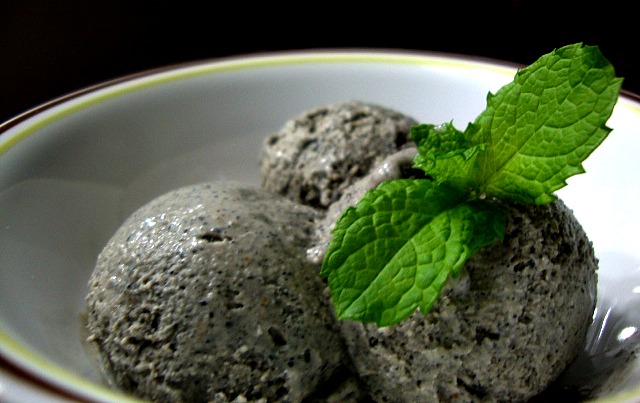