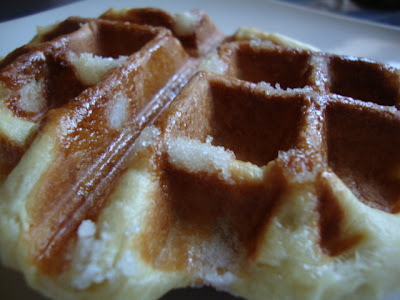 Now I'm at the culmination of my little waffle journey when I can enjoy the fruits of my labor and unveil my first Liège waffles. I swear, they were oval in the beginning but after an hour and a half, they all became almost round. 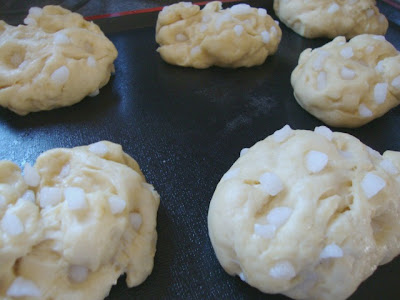 Everything else is a breeze after the waffle dough had its final 90-minute rising time. Cooking time is even shorter because I made 7 out of the recipe instead of 5. And the non-stick WP Belgian waffle maker is such a blessing- nothing stuck and it was smooth cooking all the way. 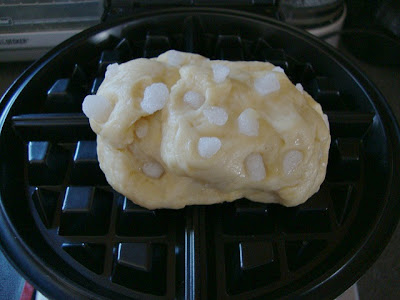 The waffle is done in less than 3 minutes because of its size. I love the way the pearl sugar caramelized and those that didn't just stuck there on the surface and they're so crunchy and brittle. Even those that fell from the dough just stuck in the grids and they just meld with the next dough so not even a grain went to waste. 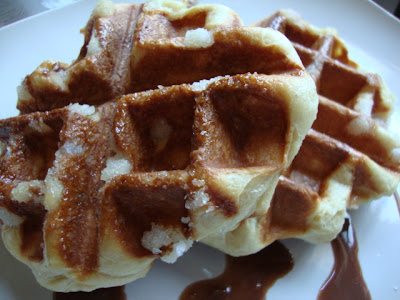 I was in love at first bite last year but I must admit I almost forgot the taste. I mean, I know it was delicious but tasting it again, and me making it is like falling in love all over again. It was so delicious by itself. It is like eating a crunchy brioche and more. 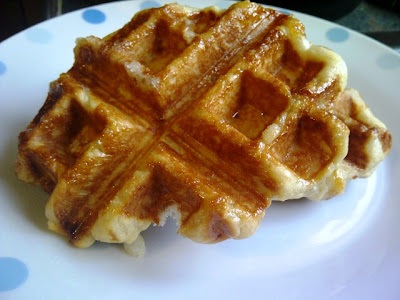 But I had to dress them somehow!

with whipped cream and mango ball 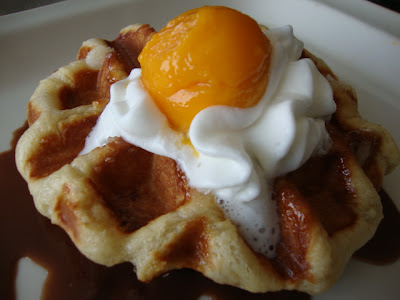 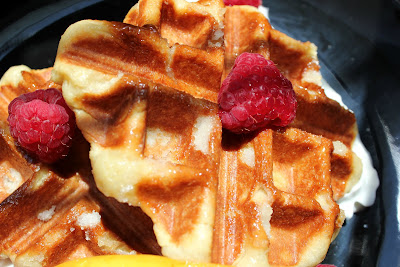 with mango and raspberries 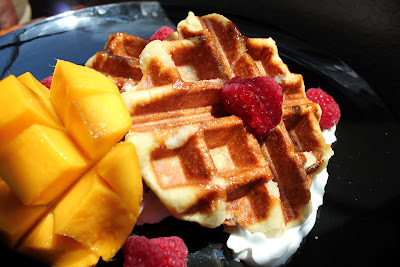 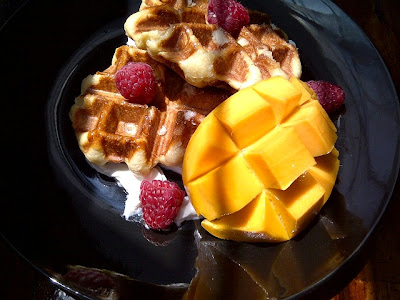 with mango and blueberries 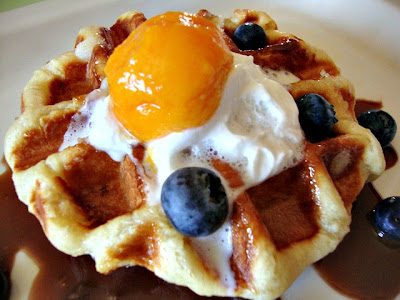 The purist will claim it tastes great as is and another awesome fact about Liège waffle is that it remains crunchy even with all the fruits and creams and sauces on top of it; even when it's cold. 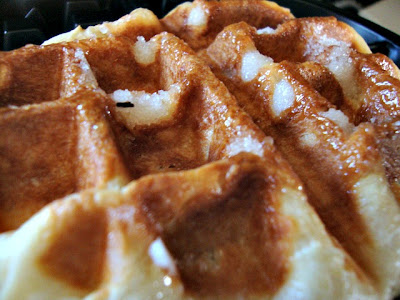 Now I have to make a double batch of dough for my friends.


I may be a tease but I will never deprive them of good eats :-)
Email Post
Labels: Breakfast Liège Waffles Waffles