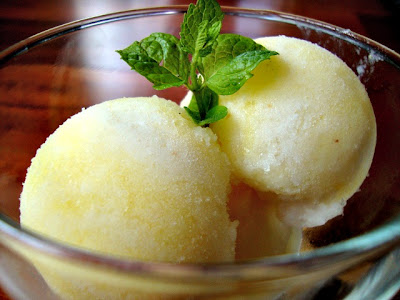 While I got positive feedbacks on my coconut and pineapple sherbets, putting them together as one seems like an unaccomplished mission. But not for long! I set the stage for the marriage of the two flavors starting with the coconut. This is even better than the one I used before because the meat is tender- I myself scraped it from the shell with that little gadget I got from an Asian store. I just knew from the texture that I’m off to a good start. 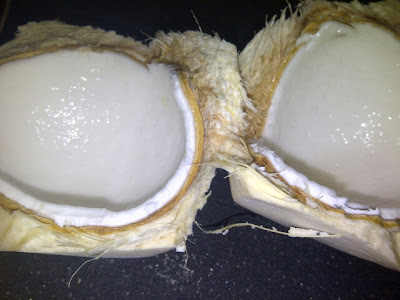 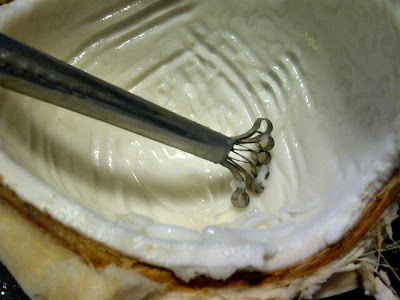 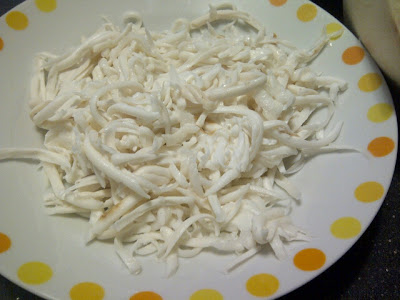 I have a really creamy finish with no pulp at all. But I think it's better to retain the little bits of coconut so I ended up adding some more of the partly pureed meat to achieve that so you can just imagine how coconut-y good it is. 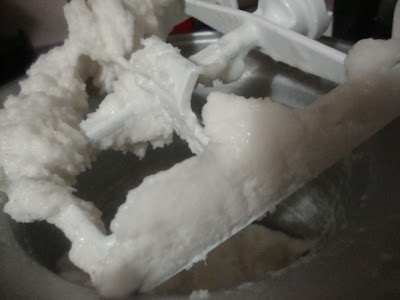 For the pineapple, I ditched the canned and used fresh. It was the best decision I ever made because aside from having real pineapple flavor, it is easier to puree. I was amazed that not a bit of pulp was caught in the fine sieve I used but they reappeared and stuck to the beaters of the mixer when I whipped the mixture. Yes, I did an extra step to the whole process which is whipping the mixture with an electric mixer. (Incidentally, I just retired my hand mixer so no more room for laziness- it’s going to be my stand up mixer and me for always- unless I get a new hand mixer for convenience. 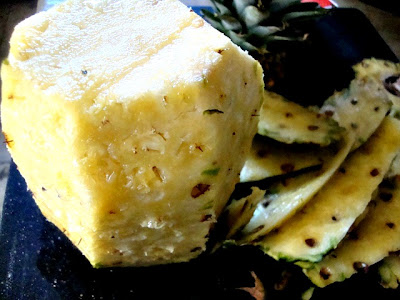 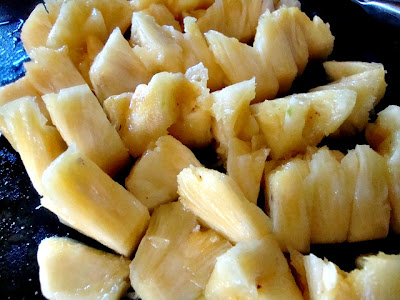 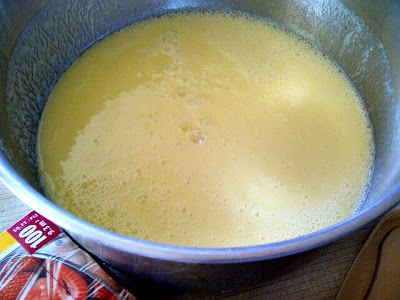 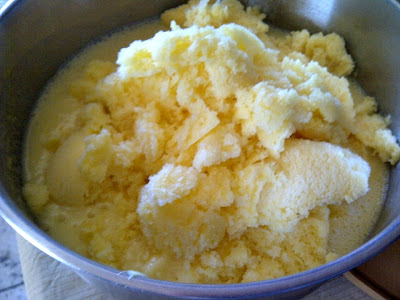 The procedures are the same from the Coconut-Pineapple Sherbet but I really did extra miles as far as whipping the mixtures really well for quality control. This is one project that I really take seriously so I can say I spent the most part of my weekend on this project.

So what I did after the individual flavors are whipped-frozen-churned and half frozen again, I got equal parts of the two and folded them together then it went to the freezer to firm up completely. It takes at least two hours for that to happen so I decided to make yeasted donuts to keep me busy and to stop me from peeking in the freezer to check my sherbet. 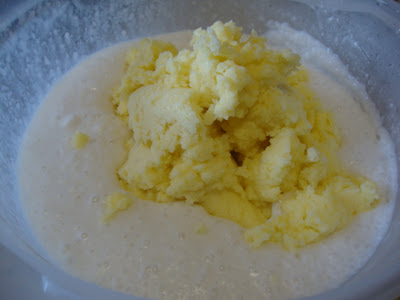 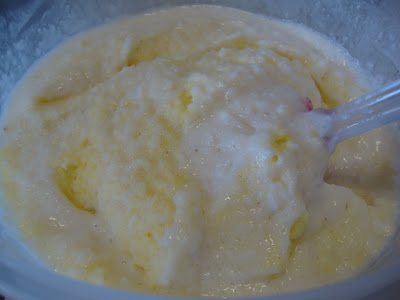 And then the moment of truth came! I got three perfectly rounded scoops for myself- a reward well-deserved, don’t you think? I see the mingling of the white of the coconut and the yellow of the pineapple and I thought it was the prettiest sight after all my hard work. Now I can finally say "Mission Accomplished"!

The taste? I finished it; and ate some more so that means it is fit for other people.
Ok, Quality Control Crew, your comments is very much appreciated :-) 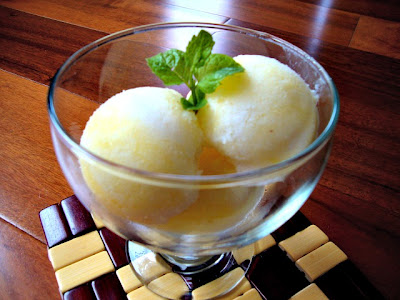 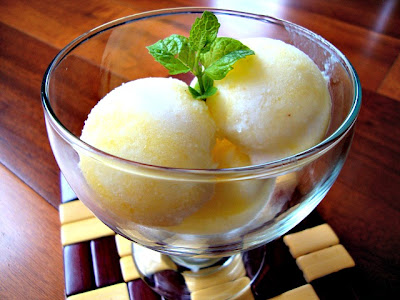 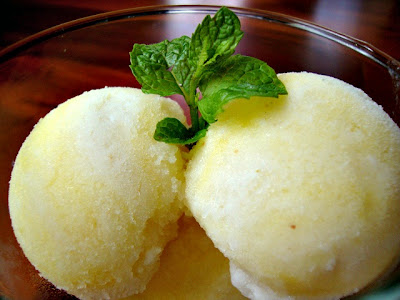