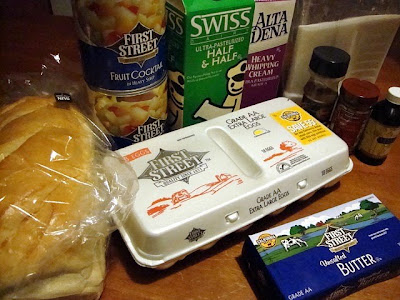 I’ve been making bread pudding often these days- either for the family or requests from friends or relatives. Just like pasta and angel food cake, bread pudding is a homie. Ever since I made my first one when I was ten, it just keeps getting better and better with practice and with the aid of cooking shows where I pick up ideas and inspiration as I assume you all do. And please forgive the conceit here. Maybe I’m just proud of my bread pudding ha ha ha. Anyway, tonight I finally laid the ground work for my version of Mother’s Bread Pudding which was featured in another episode of The Best Thing I Ever Ate. I knew I was going to make it sometime; even hinted on it a couple of posts back but because of laziness, I would veer towards the easy bread pudding with fruit cocktail. But, it is delicious- that I can assure you.

This pudding differs from the ones I did before with the way the milk and sugar mixture is prepared. Homogenized milk and heavy cream is mixed with sugar, cinnamon, vanilla, nutmeg and unsalted butter and allowed to boil before pouring into the pieces of bread soaking in beaten eggs and fruit cocktail in syrup. Then it is covered and allowed to sit for an hour to soak in the hot milk and cream mixture before baking. I ran out of homogenized milk and thought I’d be using half and half but I want to stick to the recipe so I had to send someone to store to get milk. I already made one mistake when I bought sourdough bread instead of French bread. Well, I’m sure it will all work out. So they’re baking as I type here. I have to make the caramel sauce later and so I will be posting on the outcome tomorrow. Then I will find out too what makes this pudding so special. I think the sauce is going to be the deciding factor. We'll see...

In a large mixing bowl break bread into small pieces- set aside.
In a saucepan simmer milk, cream and butter until butter is melted.
Add milk and mix until bread absorbs milk.
In a bowl whip eggs until combined. Add eggs, fruit cocktail, sugar, cinnamon, nutmeg and vanilla extract to bread and mix until all combined and there is no dry or hard pieces of bread. Pour into a 12x10x2 1/2 inch pan. Put into a 350 degree oven, bake until top is brown and middle is done.( About 1 1/2 hours give or take a little depending on your oven)

Mix all ingredients in a small saucepan and bring to a simmer allowing butter to separate. Remove from heat. Pour either on top of bread pudding in pan or spoon onto each piece of bread pudding when served.

Combine all ingredients in a medium saucepan. Raise to a boil, then hold warm in a double boiler or a pot set into another pot of hot water.

Notes: You can halve the recipe if serving a smaller crowd. I did not use any brandy (just because I didn't have any) but it still came out delicious. I also didn't make the Buttered Brandy Sauce but it's great with just the Bread Pudding sauce which means a little less sinfulness :-) 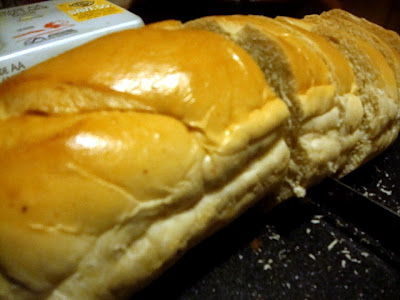 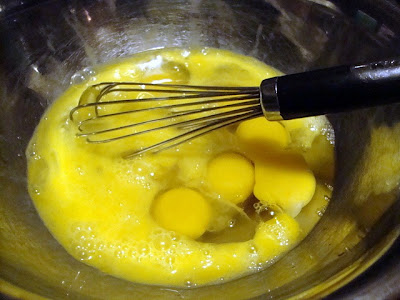 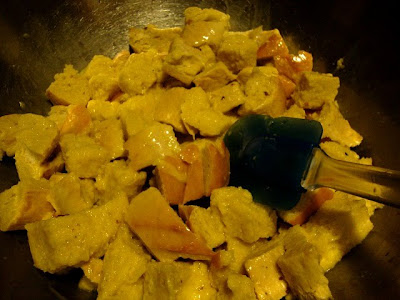 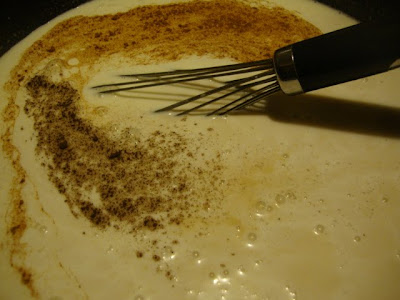 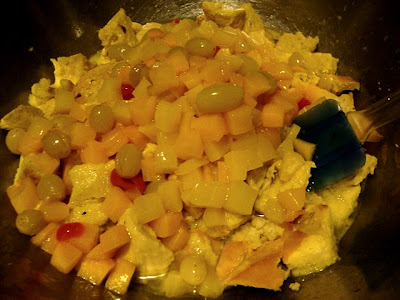 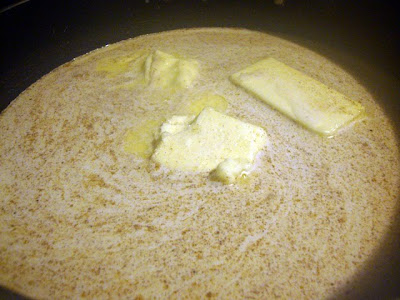 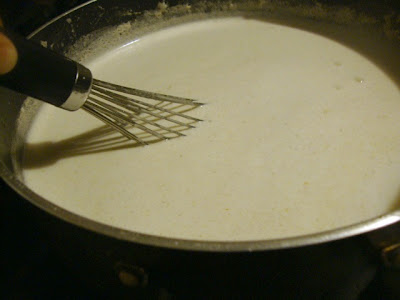 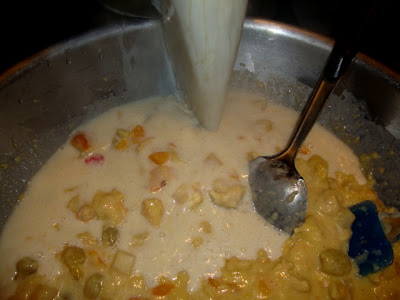 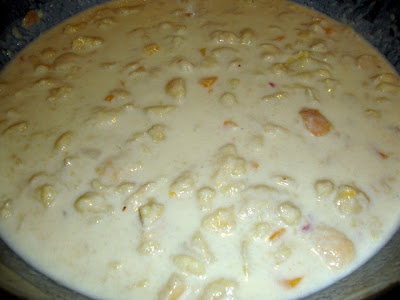 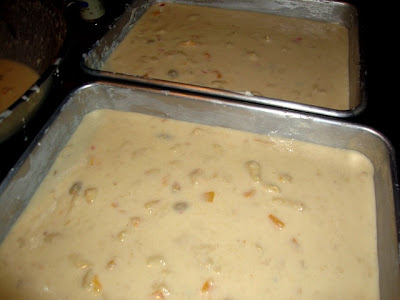 To be continued ...
Email Post
Labels: Bakery Bread Pudding The Best Thing I Ever Ate