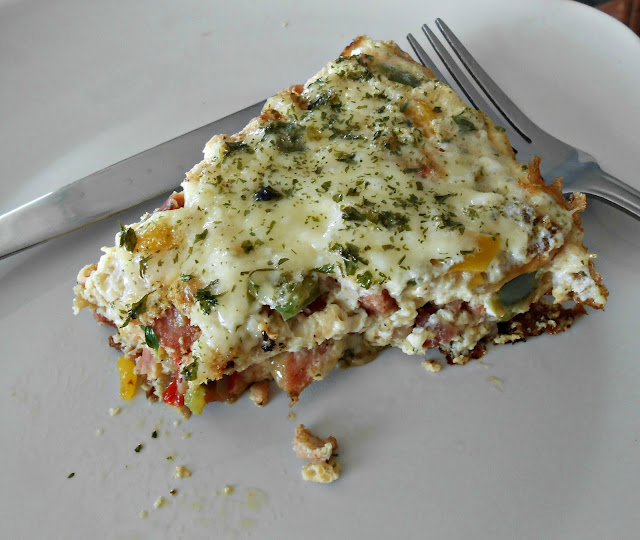 I have so much egg whites left from making leche flan last night (deja vu here ....) and half of our ham from New Year's eve feast is feeling lonesome and abandoned in the fridge so I grabbed some bell peppers, an onion and grated Gruyere cheese and made frittata for breakfast.

I used the following:

First, I chopped the bell peppers, onion and ham then heat olive oil and unsalted butter in my cast iron skillet 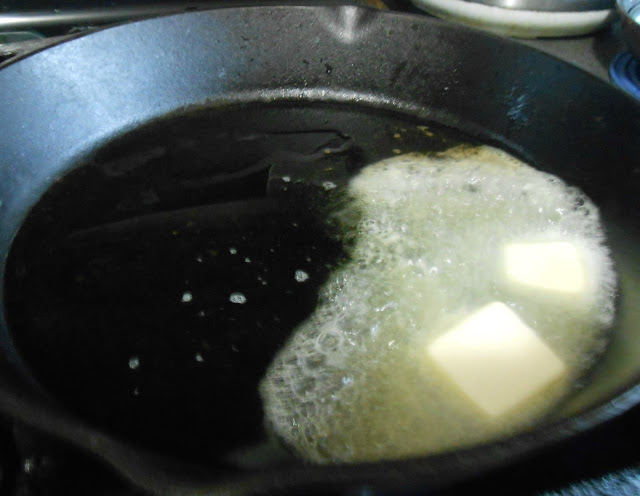 Add the chopped onion and allow to caramelize 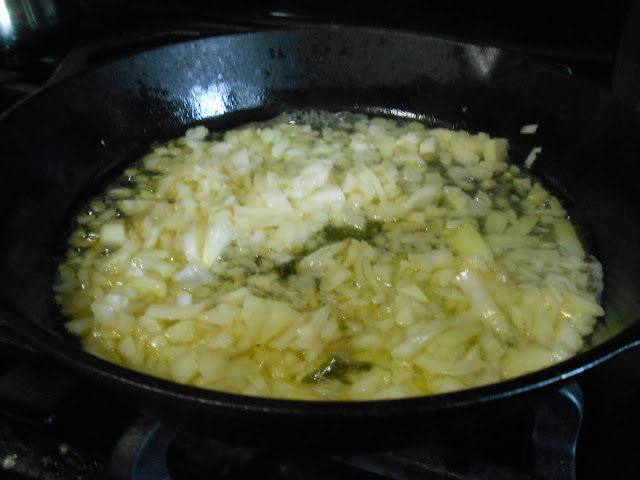 Next add the chopped ham and saute.  Allow the ham to cook until the color deepens and becomes a little toasted.  Add freshly cracked black pepper, granulated garlic powder and 21-seasoning salute.  I did not add any salt because the ham is already salty. 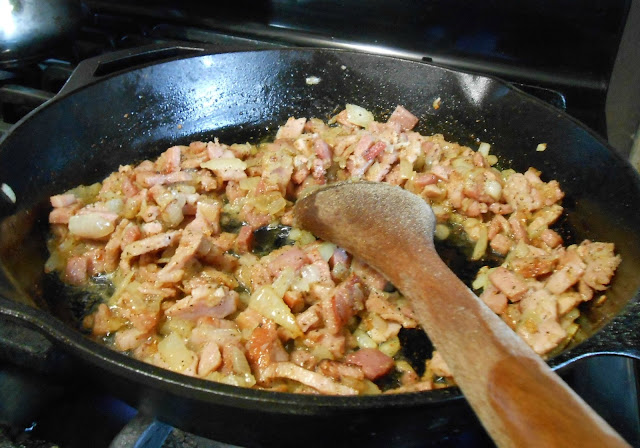 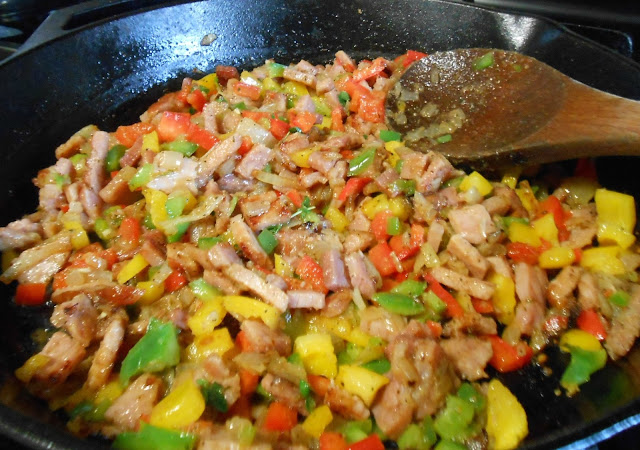 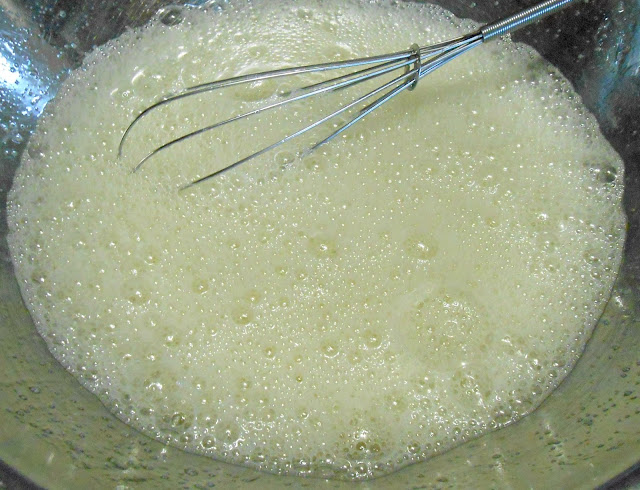 Pour the egg whites over the ham and bell peppers. 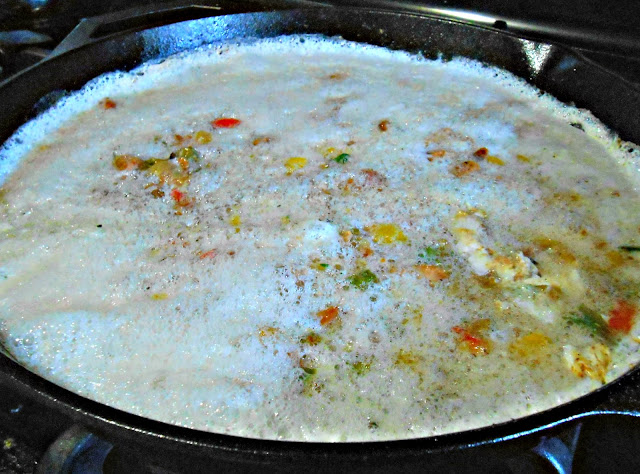 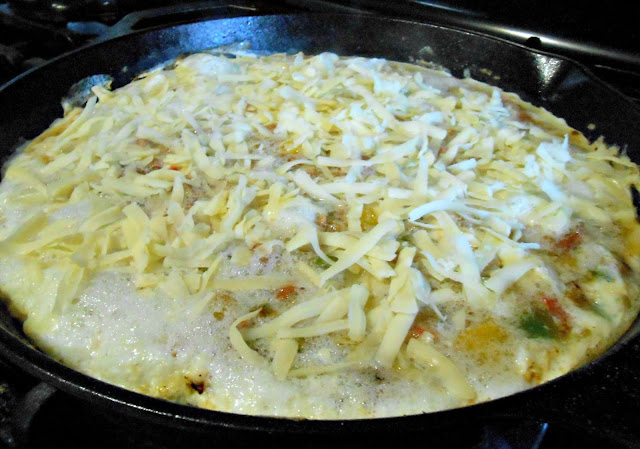 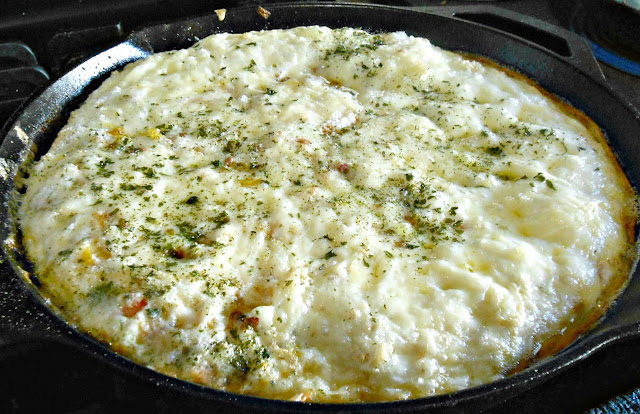 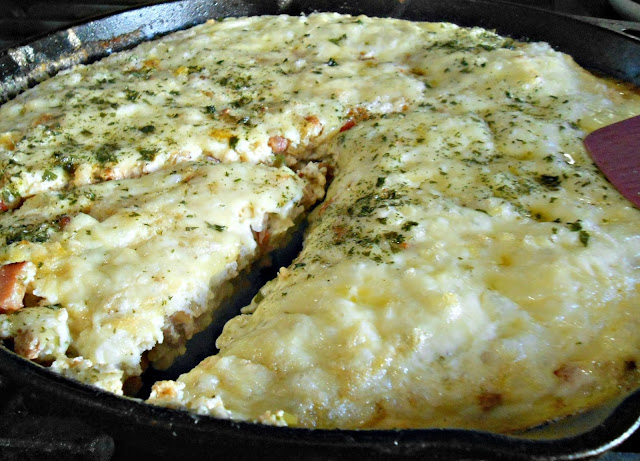 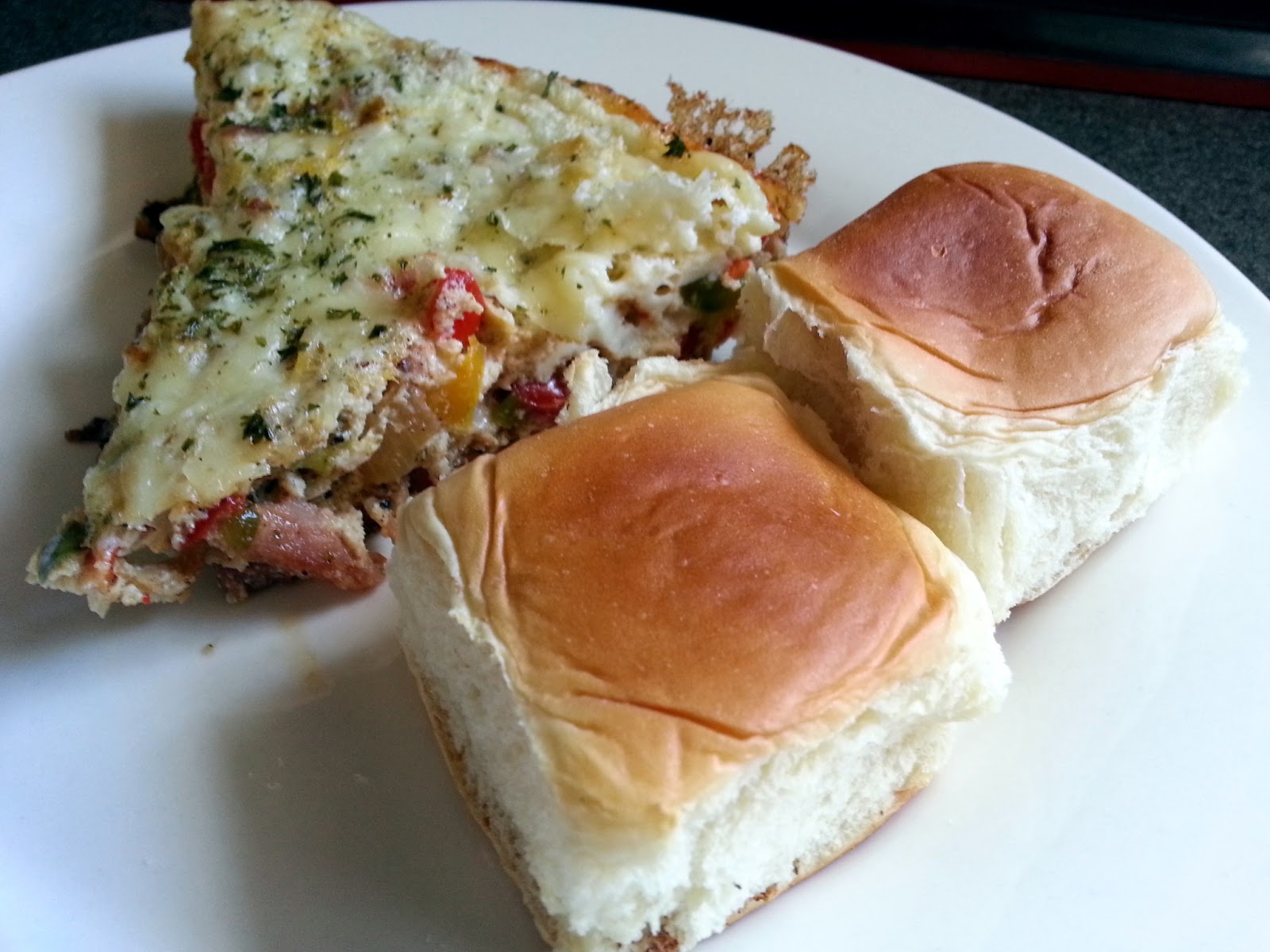 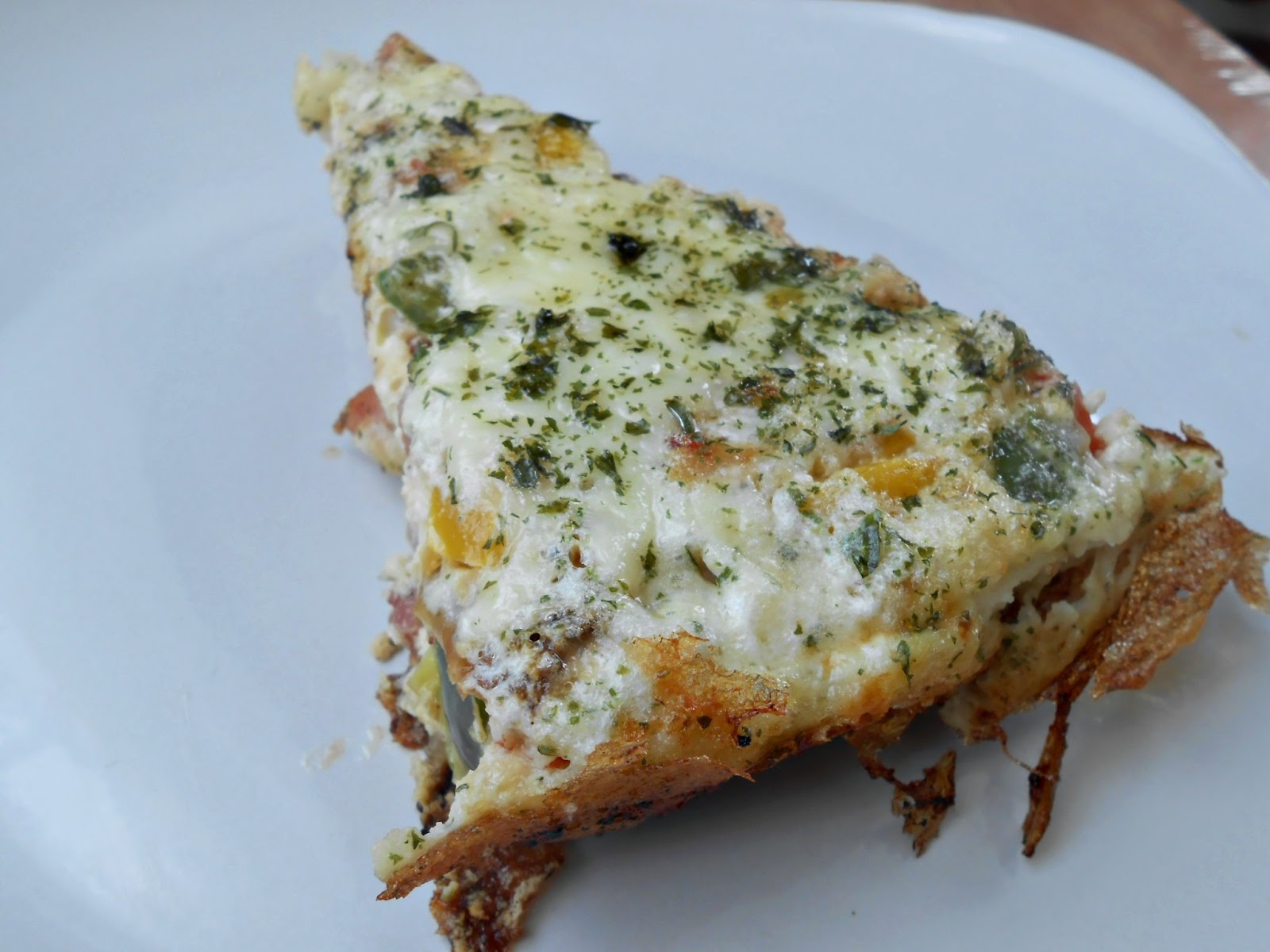 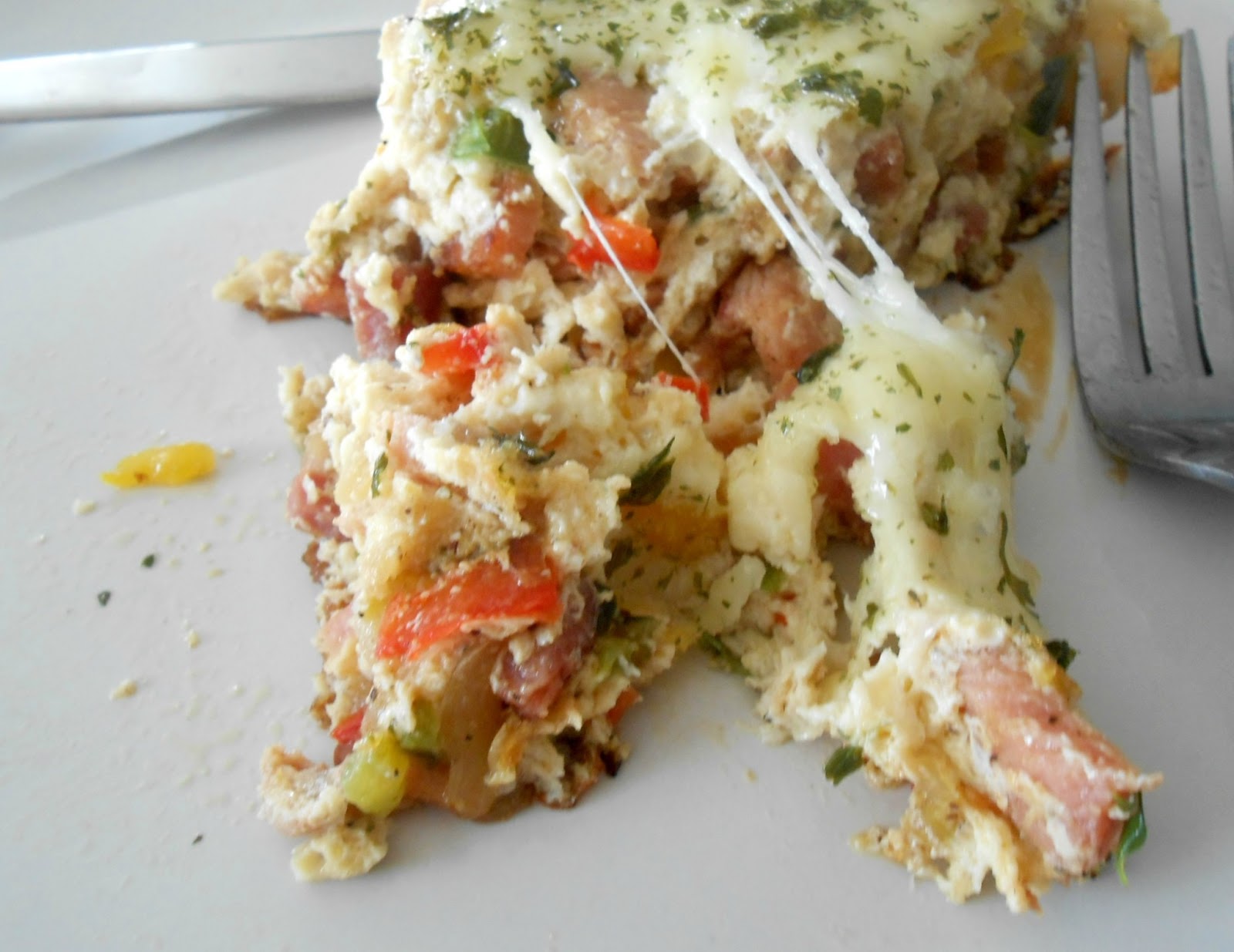