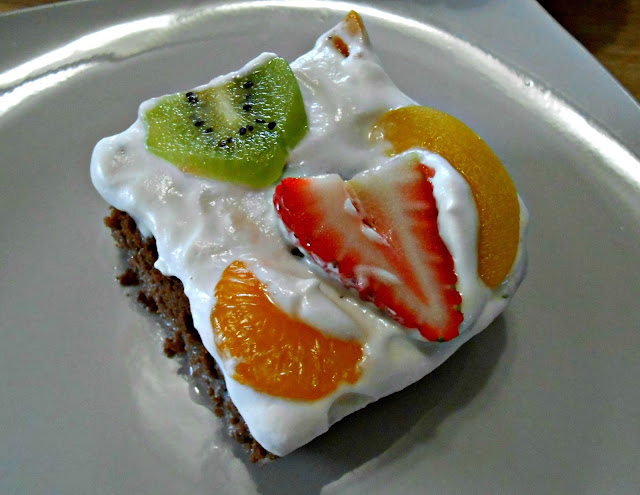 I'm in a nice baking mood today.  Maybe because of the positive vibe I feel which was confirmed when my homeboys won the game against OKC.  I've been really quiet since the season started and for the most part really disappointed with a lot of things but Friday gave me a little hope which carried over today.  My homeboys looked good; played as a team and got the W.  So this is my "feel good cake" after so many frustrating losses.  But don't get me wrong I still love my Lakers win or lose! 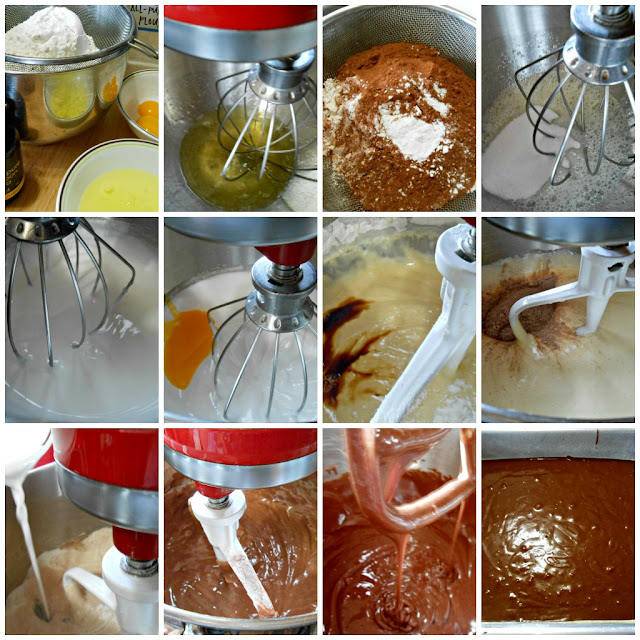 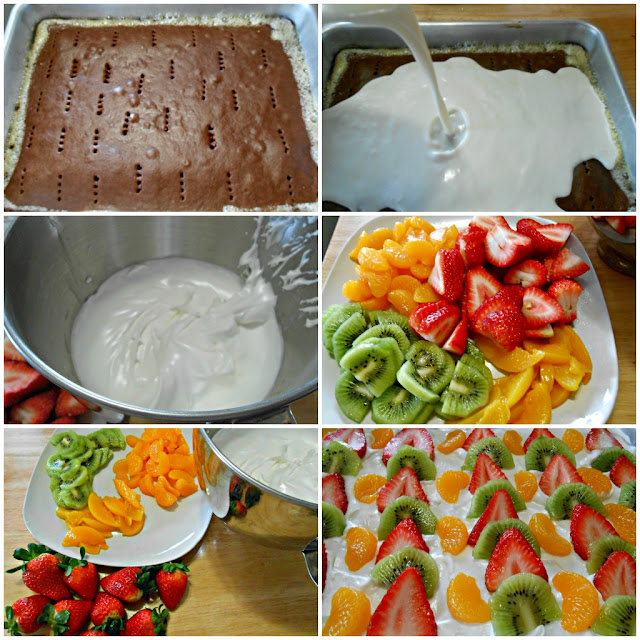 I have recipes of the cake under the Tres Leches tag but here it is anyway :-)

To make the cake:
Preheat the oven to 350 degrees F. Lightly grease and flour a 9 by 13-inch baking dish and set aside.

In the bowl of a mixer, beat the egg whites on low speed until soft peaks form. Add the sugar gradually with the mixer running and peak to stiff peaks. Add the egg yolks 1 at a time, beating well after the addition of each.
Sift together the flour. cocoa powder and baking powder and add to the egg mixture, alternating with the milk. (Do this quickly so the batter does not lose volume.) Add the vanilla. Bake until a skewer inserted in the middle comes out clean- about 25 minutes.

To make the cream topping:
In a blender, combine the evaporated milk, condensed milk, and heavy cream, whole milk and blend on high speed.
Remove the cake from the oven and while still warm, pour the cream mixture over it. Let sit and cool to room temperature. Cover and refrigerate until well chilled, at least 4 hours or overnight.

To make the icing:
Once the cake is completely chilled, in a saucepan combine the water and sugar. Bring to a boil. Reduce the heat and stir to dissolve the sugar. Cook until the mixture reaches the soft ball stage, 235 to 240 degrees F. Remove from the heat. In a medium bowl, beat the egg whites to soft peaks. While beating, add the hot syrup in a stream. Beat until all the syrup has been added, the mixture cools, and a glossy icing forms.

To assemble:
Remove the cake from the refrigerator and spread the icing evenly across the top. Arrange the sliced fruits over the top and serve.

Notes:
As soon as the cake is out of the oven, I poke the cake with a fork- (maybe eight times or more) all around before pouring the milk bath. Then I freeze it and do icing and topping an hour before serving. 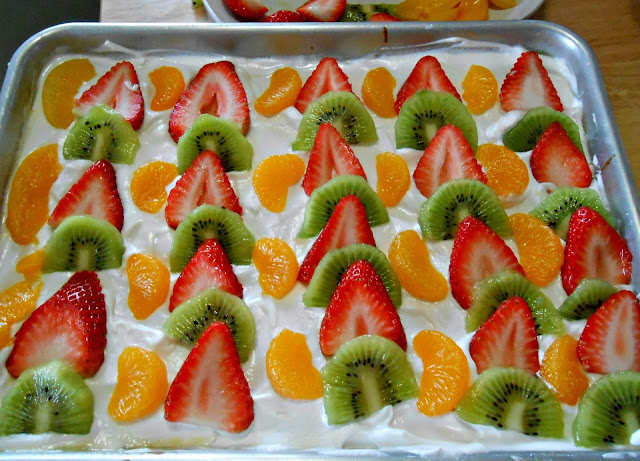 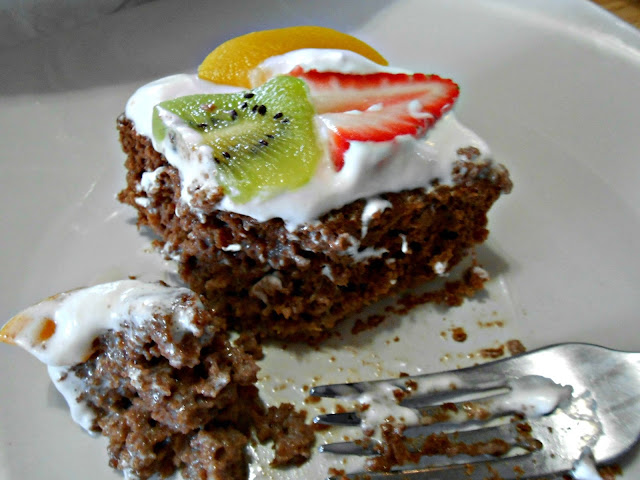 Even better with extra fruits on the side. 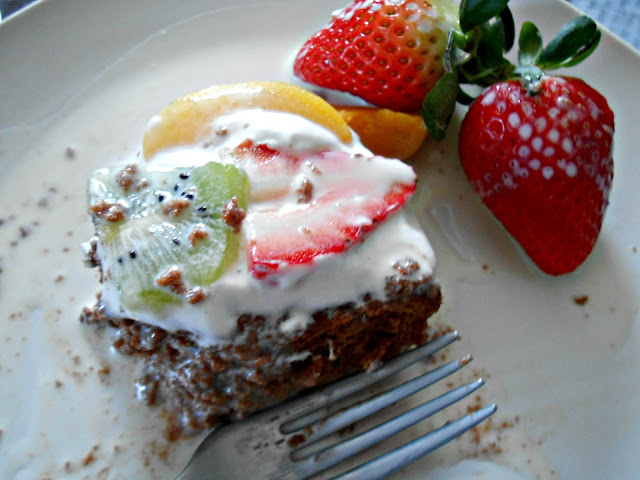 Come to think of it- you will only get this much fruit topping on a tres leches cake from my kitchen ... lol.  But seriously, I make an effort to do so to cut down on the richness of the cake and the cream bath.  If you don't like wet cake- then tres leches cake is not for you.  A dry tres leches is a failed cake.

Ahh the cake tastes better after a win.  I swear I haven't felt like this for a long time as a Lakers fan.
Email Post
Labels: Bakery I Bleed Purple and Gold Mexican Tres Leches