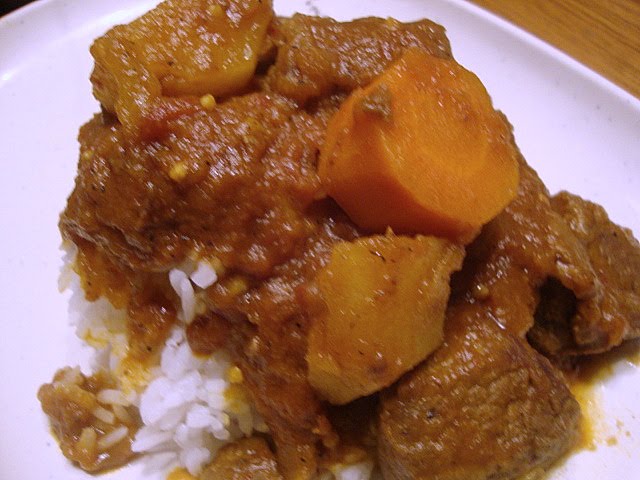 My first curry experience started at home and it was actually my mom who taught me how to make chicken curry with coconut milk. But I never really tried making it with any other meat till I went to Japan and tasted it served over warm rice. It was beef and it was spicy and so yummy. Then I started making my own version once in a while with a simple curry roux sans coconut milk. I never tried other curry recipes since I know the basic but last night, I stumbled on a slow-cook Japanese Beef Curry recipe on the internet and was interested.

So I had everything ready from the beef, apple, bay leaves, star anise, onion, garlic, ginger, butter, carrots and potatoes. But when I was preparing my spices, I don’t have any curry powder so I had to mix my own. I’m so thankful I have an assortment of Indian spices stashed in a big jar so I just mixed them all together and voila, I have curry powder.

Cooking and sweating the onion first which per the recipe takes the longest to do passed by without me feeling impatient because I was slicing up fruits to store in the fridge to minimize space. The star anise and bay leaves really gave the dish a heavenly aroma while it was stewing. And then when I toasted the garam masala and added it into the mix, ah if heaven has a second floor! The grated apple really added more depth to the flavors and later on, I realized, I didn’t even have to make a roux to thicken the sauce. It was already thick when I added my “from scratch-curry”. I just added extra turmeric because I love it! I wish I had better lighting so I could come up with better pictures. But then, I hardly cared- I will absolutely make this again and take pictures on better lighting. 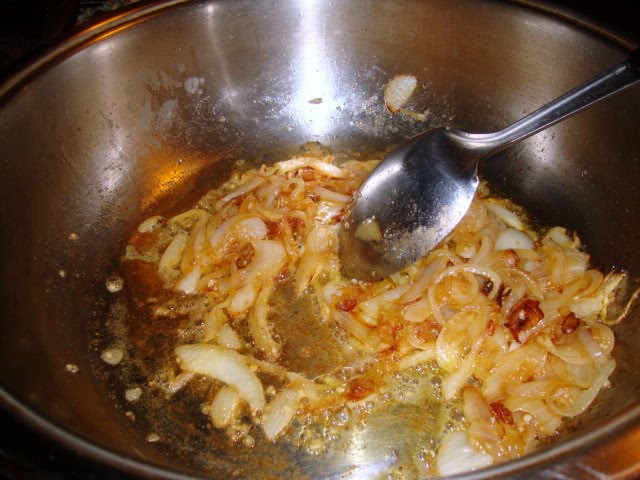 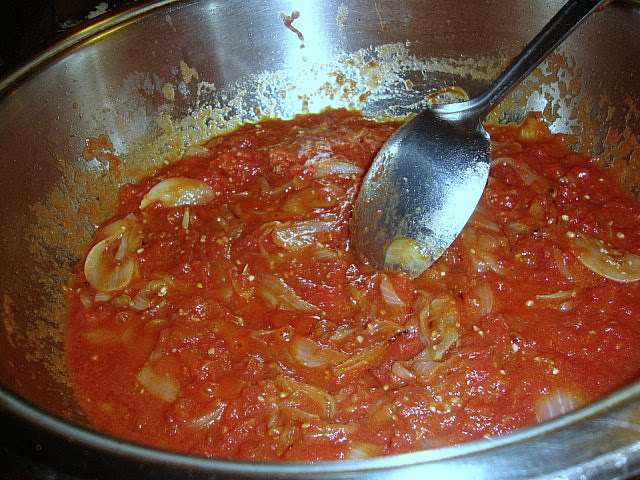 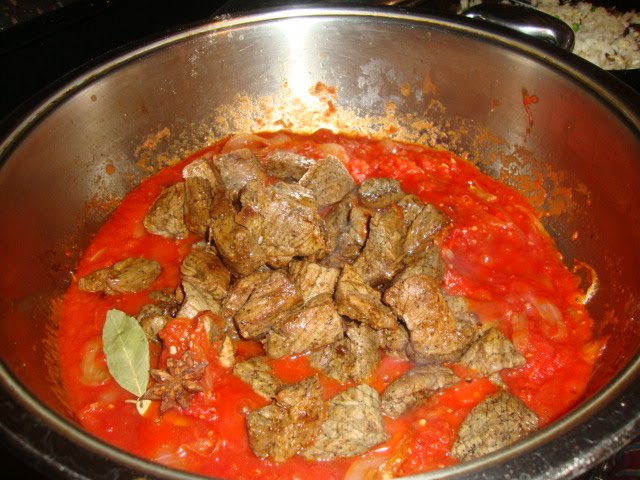