And the cookie/cupcake project takes off

This comes a day late because I just couldn’t tear myself away from watching Sungkyunkwan Scandal so I thought I’d do both days at the same time. Ah, it's really hard when I start watching something and like it because I can't stop doing a marathon until my eyes can no longer take it or there are no more episodes left to watch. I didn't even take better pictures for posting. Anyway yesterday, Marilyn’s Not So Red Velvet Cupcakes were unveiled and today, we got to sample Jen’s Key Lime Meltaways.

Before I talk about Marilyn’s work of art, let me stress that this project is just for fun and we are not in any way competing against each other. In fact, I even whipped the cream cheese frosting she used for her cupcakes. Anyway, about the cupcakes, they were not red at all or there was not a tinge of red in them except the cupcake liners. I was told the red coloring was supposed to come from beets which are an ingredient in this supposedly gourmet cupcakes but I guess she didn’t put enough.

Her cupcakes came out with muffin-like texture; somewhat dense but not hard yet not soft like a red velvet cupcake. In fairness, they came out good except for the texture and more cocoa powder is in order but Marilyn swore to redeem herself next time. 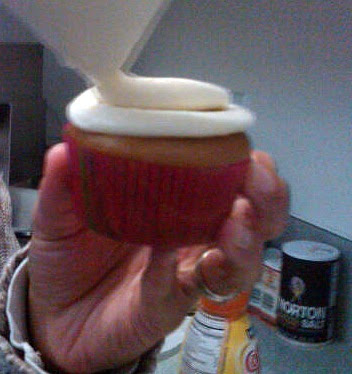 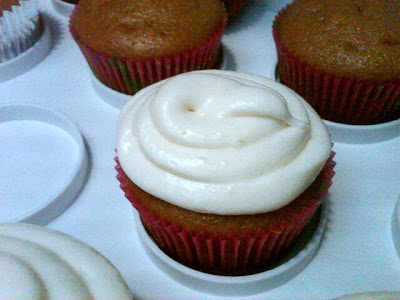 Jen’s Key Lime Meltaways didn’t make an impression at first bite. The texture is right, even the sweetness which is just right and then the hint of lime hits you last but still it was as if it’s lacking something but I can’t say what it is.

Until afternoon came and I had another one and was surprised… pleasantly! I tasted butter and sweet and tangy and they just meld together so nicely that I had a couple more. They really just melt away in your mouth. 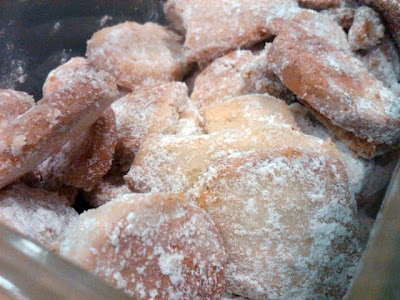 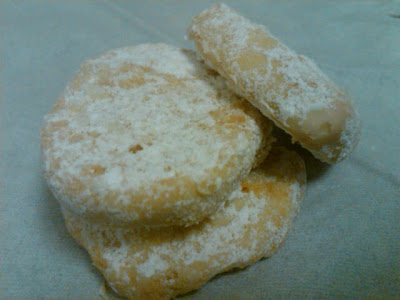 I guess they should be allowed to rest for a while, let them "age" a few hours more before you eat them to really appreciate how good they are. I bet they’re even better the next day. If there will be some more left. I was calling Jen to give her my verdict because she left work before me and just left her container of cookies but I didn’t get to talk to her till this morning when I gave her my reviews.

Next in line are Lola for Wednesday; Claudia on Thursday and a last minute guest participant on Friday so more updates in the coming days.