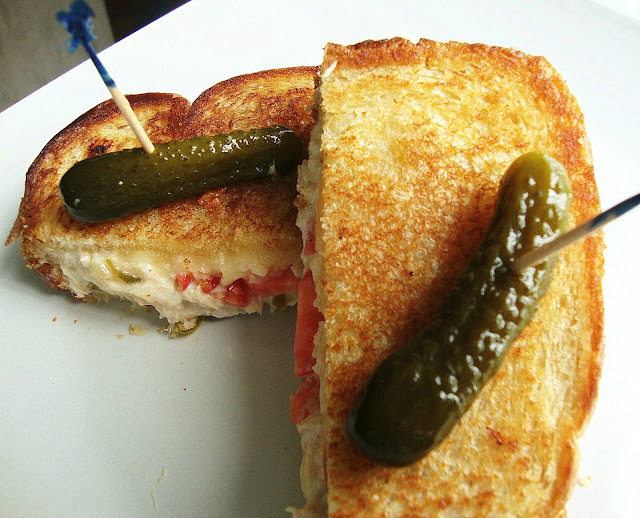 I think I'm going to be on tuna mode for a while. It started last Tuesday night when I had a sudden craving for tuna sandwich. Luckily, I found two cans of tuna in the pantry so I was able to whip up a little bowl of tuna spread. For some reason, the whole exercise albeit quick and easy sort of killed the craving and I ended up not making the sandwich at all. Instead it became breakfast at work the next day which we enjoyed with fresh mini bolillos from a nearby bakery. That even extended to lunch. I'm sure you go through spells of not wanting anything to eat- like you're tired of everything around you.

Anyway, I planned to make puff pastry today- I mean, from scratch so I can make tuna turnover. But this overcast weather sort of rubbed off on me and made me just want to catch up on my reading. And so puff pastry is scrapped from the menu and I ended up making tuna melt. Tuna melt is tuna and grilled cheese sandwich rolled into one. It is simple, tasty and filling. I had one for breakfast and another for lunch. It’s so delicious but I don’t want to overdo it by having the same thing for dinner. I don’t want to have tuna fatigue when tuna casserole is on the menu for Monday.

Here’s how I made it: 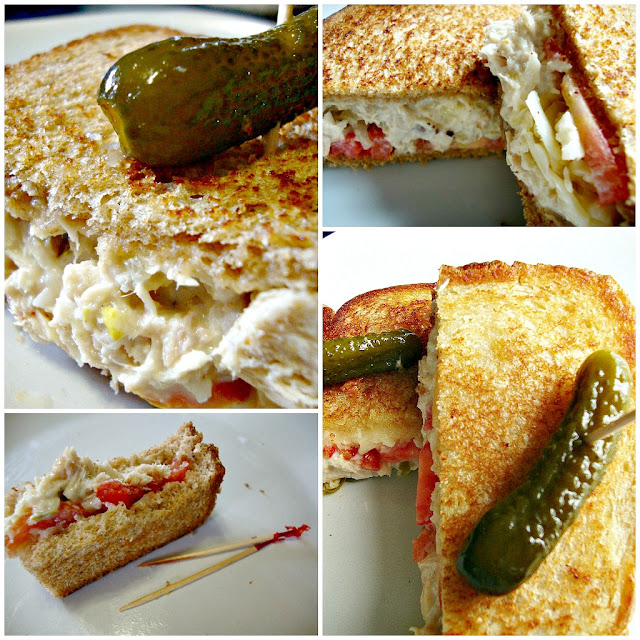 Method:
Whisk together all ingredients except the tuna. Taste if salt and pepper needs to be adjusted
Fold in the tuna until well coated, set aside

To make the sandwich:
Melt butter in a nonstick pan over medium low heat
Place the slices of bread in the pan and allow to cook until light golden
Spread a generous amount of tuna spread on top of a slice of bread (store left over filling in the fridge).
Top with shredded cheese, the sliced tomatoes and more cheese before covering with the other slice of bread (toasted side facing the filling).
Flip the sandwich with a wide spatula with un-toasted side facing down.
Cook until light golden and you can add a little more butter if it’s dry.
Remove from pan and serve immediately (I served it with sweet gherkins)
Enjoy 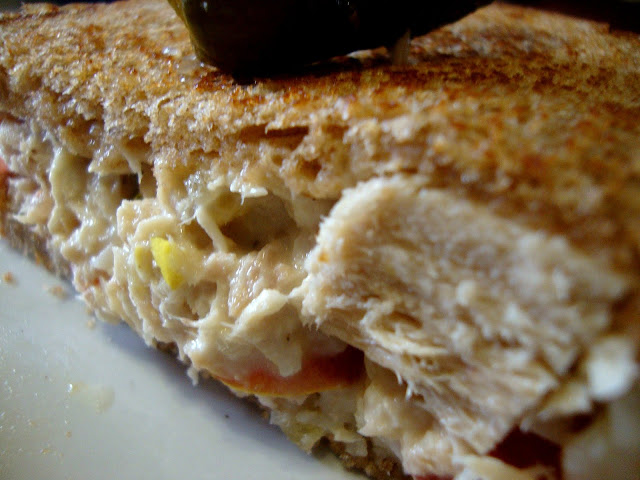 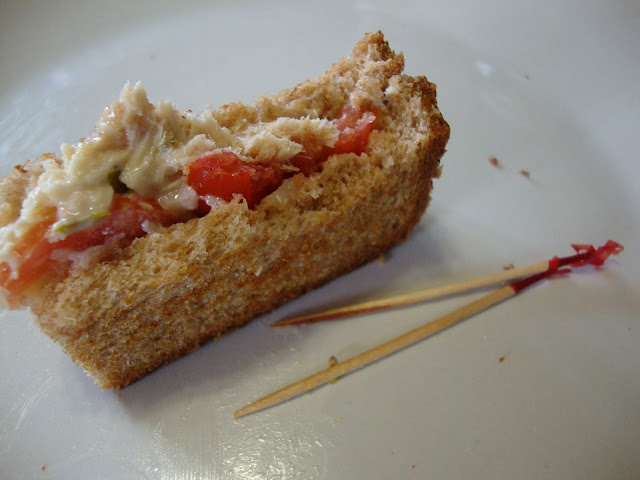 Now I can go back to my book ...
Email Post
Labels: Sandwiches Tuna