Another ticket to ruin my day

I was probably five blocks away from home when a police car suddenly appeared behind me flashing its light. It can’t be me! Is it me? Why? What did I do? So I just drove on but slowly and hoping the cop will make a turn so I’ll know he’s not trying to pull me over. But he kept following till I was about to make the final turn to our street. At that point I knew I had to stop because he was obviously after me. Anyway, he told me I was guilty of two things- speeding in a residential area and not making a full stop where I was supposed to. How can I refute it when I know I’m guilty? I guess I’m just pissed off that he was there patrolling the residential area. I swear I wanted to ask him “don’t you have better things to do”? That was enough to ruin my day and whatever inspiration I have to cook or bake. In fact, I just needed something to cool me down. Shaved ice! Why not? I didn’t have much fruits on hand though except some mango, bananas and cantaloupe. I can’t even find my red beans so I just added mango yogurt, condensed milk and a cherry on top. This will not be the end of it for sure. I will be ranting about it especially when I receive the citation letter stating the amount I need to pay for my violations plus schooling maybe and who knows what else? Ah. I don’t like today! 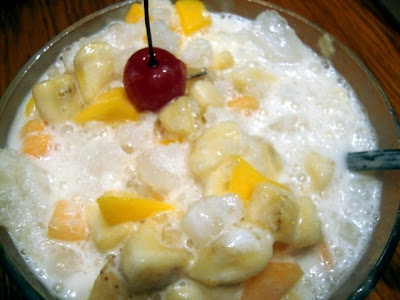 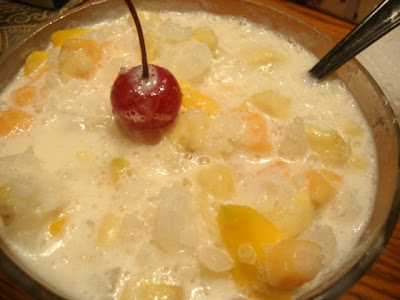 BTW, I said another ticket because I have another one two weeks ago for parking in our front lawn ..... misfortunes really come in threes because I have two citations yesterday ... soooooooo sad!
Email Post
Labels: Random Rambling