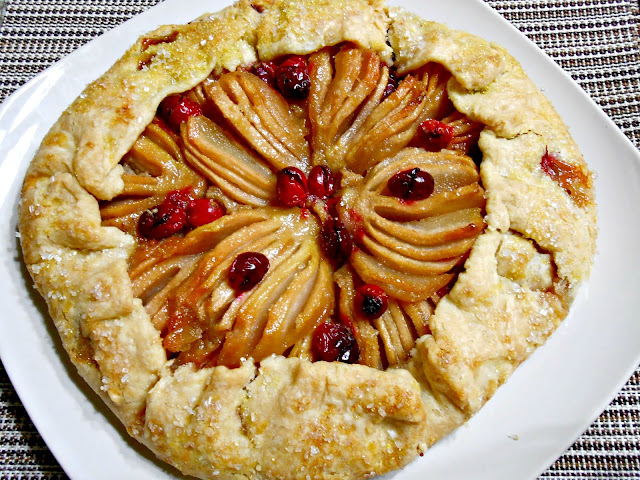 This is another Joanne Chang inspired creation which is reminiscent of the galette I made in the past -an upgrade of sorts because this has frangipane and I even tossed in some fresh cranberries for tartness and color. I wanted it to be a pure Joanne Chang replica but couldn’t/didn’t for the following reasons: I didn’t even have Bosc pears to begin with. I used organic D’Anjou which is just because they were firmer and later found out that it was a good choice anyway.

The recipe I found online didn't include the pie crust or pâte brisée so I just used my foolproof recipe. I have so much respect for Joanne Chang so I want to try hers too when I get my recipe book. I'm sure it's over the top!

For the frangipane this is how Joanne makes hers and I found it more to my taste than the one I normally use:

Method:
If using whole almonds, grind them in a food processor as finely as possible without turning them into a paste. Set aside.

On low speed, beat in the egg. Add the all-purpose flour, vanilla, and salt and mix until combined. You should have about one cup. Use immediately, or store in an airtight container in the refrigerator for up to one week, then let sit for a few hours at room temperature before using. Or, freeze in an airtight container for up to three weeks, then thaw it in the refrigerator before using. 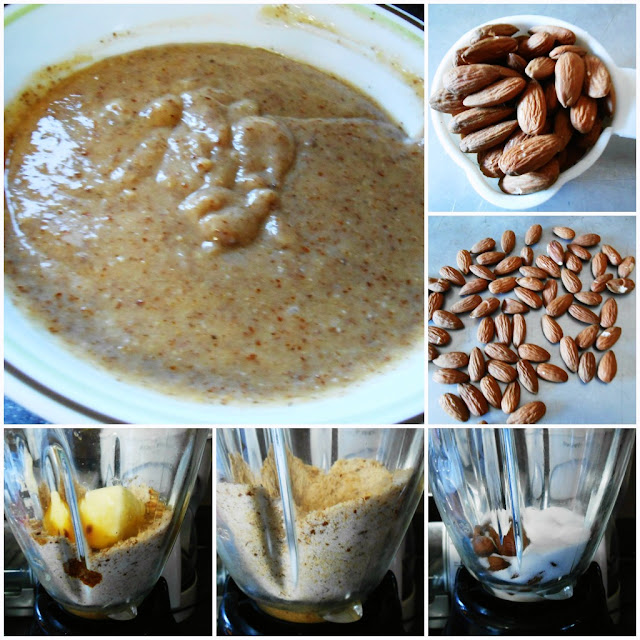 Directions:
Position a rack in the center oven, and heat the oven to 400 degrees F. Line a baking sheet with parchment paper.

1) In a 9-by-13-inch baking pan, toss together the pears, ginger, granulated sugar and butter. Roast, stirring occasionally, for 1 to 1 ½ hours, or until the pears are soft when pierced with a knife tip and golden. Let cool completely. (The pears can be roasted for up to 5 days in advance and stored in an airtight container in the refrigerator.)

2) Remove the dough from the refrigerator. On a well-floured work surface, roll out the dough into a circle about 12 inches in diameter and ¼ inch thick. Place the dough circle in the prepared baking sheet.

3) Using the back of a spoon or a small rubber spatula, spread the frangipane in the middle of the dough round in a circle about 9 inches in diameter, leaving a 3-inch border uncovered.

Place the reserved pear half on a cutting board. Using a paring knife, and starting at the squat bottom end, cut four or five lengthwise slices, stopping just short of the stem end. Fan the slices, and place the pear half in the center of the second layer of pear halves. Starting at one side of the crostata, fold the 3-inch border of dough up and over the fruit, forming six to eight loose pleats around the perimeter and pressing the pleats firmly together onto the fruit. The center of the crostata will remain exposed in a 3-to 4-inch circle, showing off the fanned pear. Refrigerate the assembled crostata for at least 1 hour before baking. (At this point, the crostata can be covered with plastic wrap and stored in the refrigerator for up to 1 day before baking.)

Position the rack in the center of the oven, and heat the oven to 350 degrees F.

Brush the pleated pastry with the beaten egg, then sprinkle evenly with the sanding sugar. Bake for about 1 hour and 20 minutes, or until the pleats are golden brown. Make sure all of the folds are evenly browned, so there are no chewy underbaked bits of dough in the finished crostata. Let cool in the pan on a wire rack for at least 2 hours. Serve warm or at room temperature.

The crostata can be stored in an airtight container at room temperature for up to 2 days. 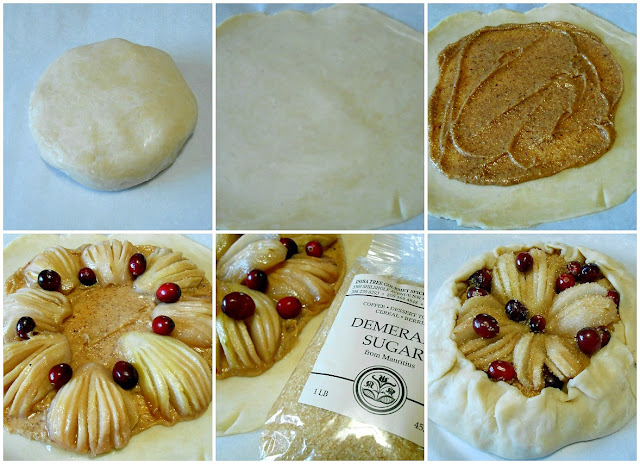 All my pears were sliced lengthwise just short of the stem ends. I was thinking that doing so will help spread the pears as I was three pieces short from what the recipe requires. It worked just fine. 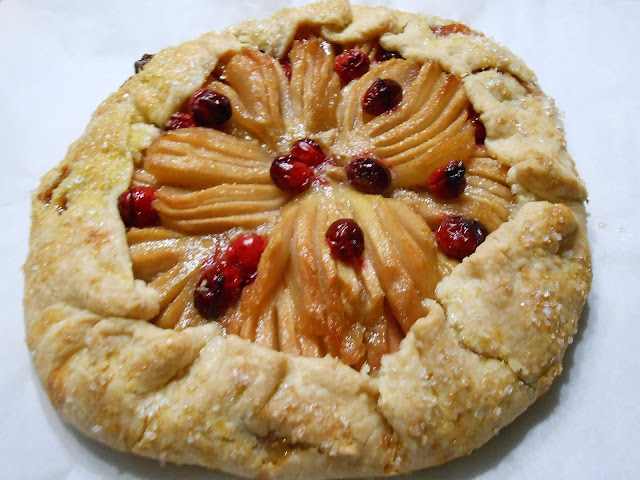 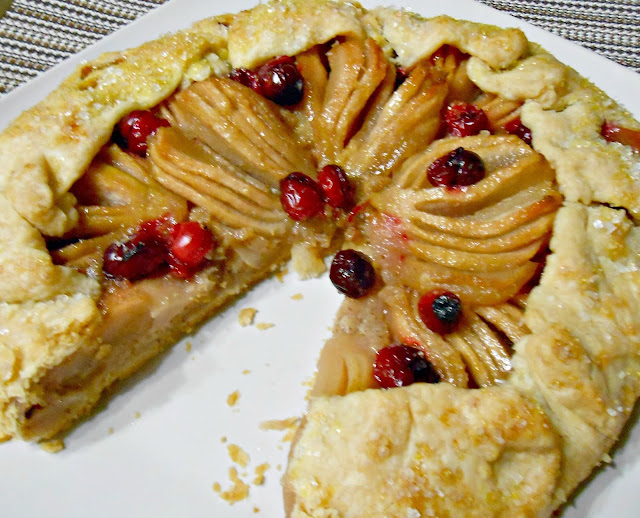 I love the texture of the pears which is soft but slightly chewy; the flaky crust as always; and the cranberries which I was hesitant to use at first because I'm used to dried ones. This is something I will never get tired of and I vow to make it Joanne Chang way all the way next time! 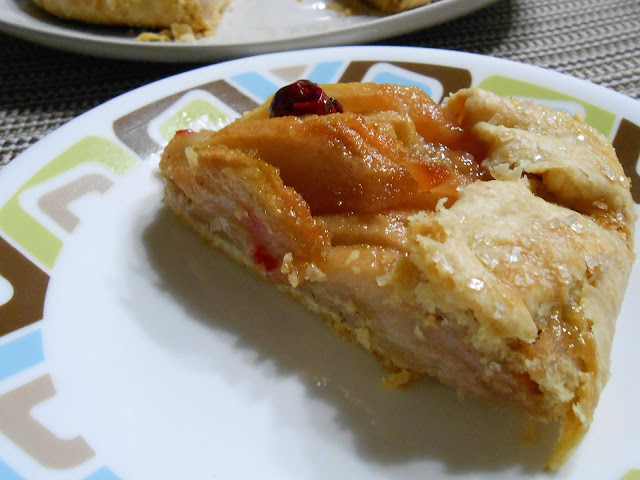