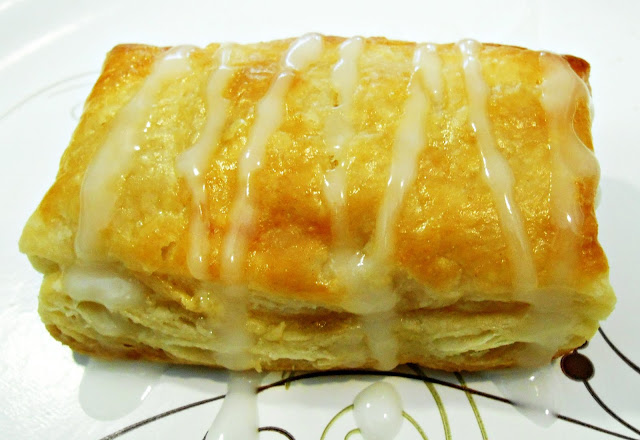 I fell in love with the pastry dough recipe I used for my Pastelitos de Guayaba that I made a double batch over the weekend just to be sure I have some on stand-by whenever the need for it arises. It can be stored in the fridge up to four days so I'm assuming I can keep it in the freezer even longer- although I doubt that it will remain frozen for long. There's so much I can do with it- savory; sweet- it will work both ways, I know so!

I planned to make tuna turnovers but we have so much bread to fill with the tuna salad spread that I have in the fridge so change of plan. I decided to make my other favorite- pineapple and cream cheese turnover. I've always been a fan of the combo and what's not to like about it? Both are so versatile in their own way and to put the two together can only result into an amazing delicacy. 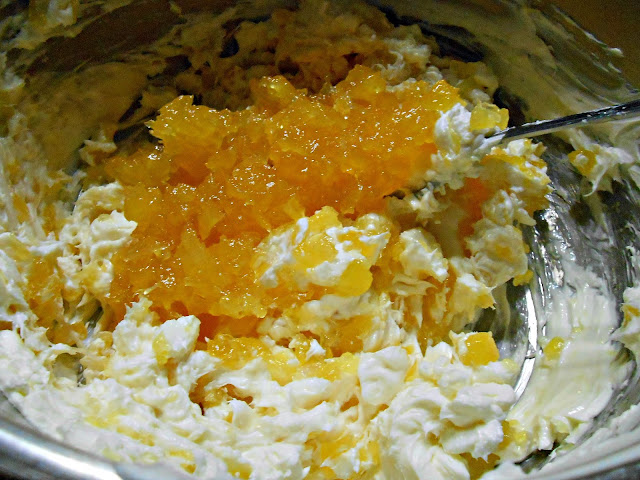 I started by stewing a medium can of crushed pineapple (drained)in 3/4 cup granulated sugar until the pineapple turns golden yellow and the sugar starts to thicken. Then I mixed it with two packages of cream cheese and that makes the filling, easy peasy for such deliciousness!

Then we come to the familiar steps (from the Pastelitos de Guayaba project) of rolling out the dough and cutting rectangular even pieces (I tried but in vain); one to layer the filling at the center and another one to cover it using egg wash to seal the edges and some more to brush the tops for a shiny golden finish. 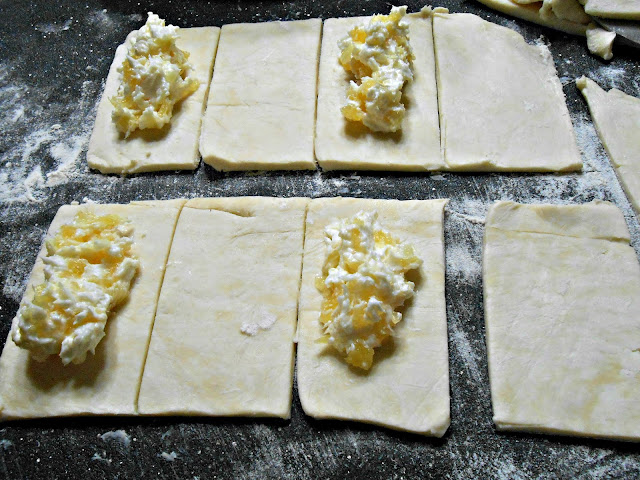 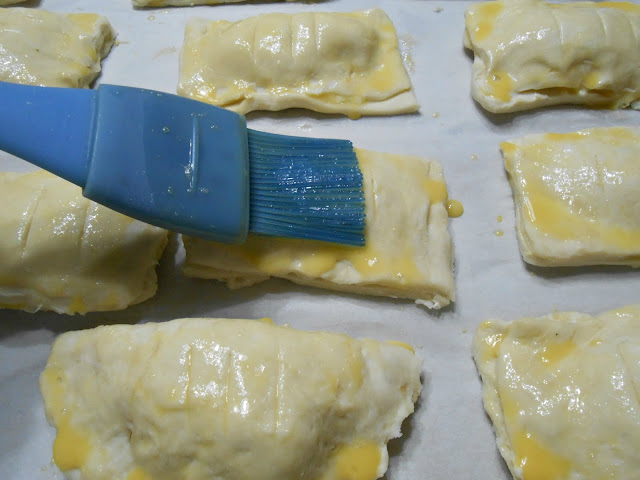 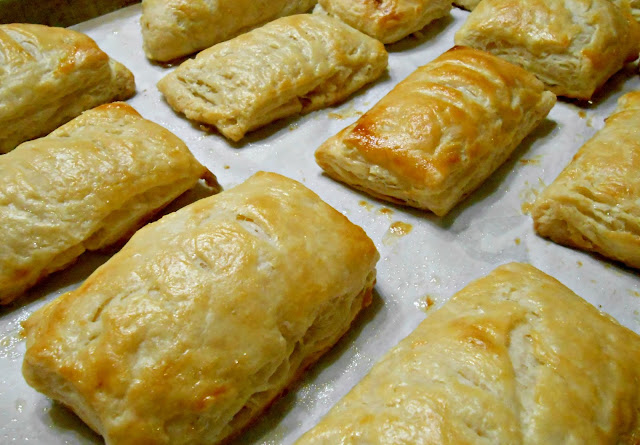 My BFF stayed with me until they were done to get his share. As usual, he loved it! He's loyal ... and easy :-) 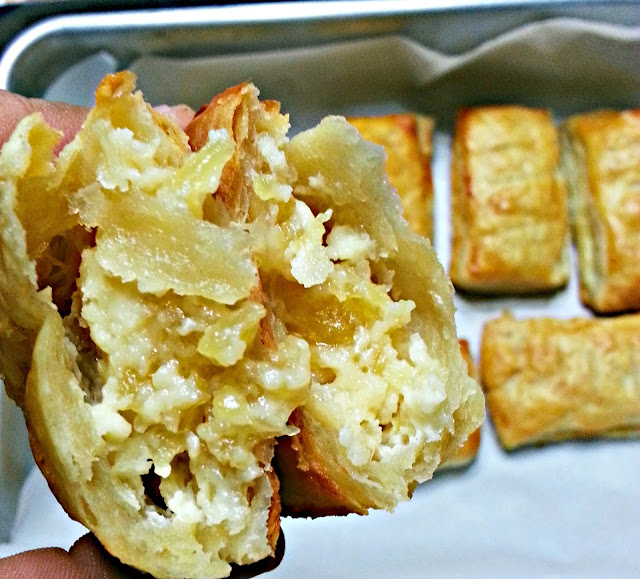 I realized this morning that I forgot to add sugar to the cream cheese so to make up for it, I made a pineapple glaze from a cup of powdered sugar whisked together with two tablespoons reduced fat milk (you can also use whole milk)and a drop of pineapple oil. The glaze is ready when it becomes smooth and creamy. 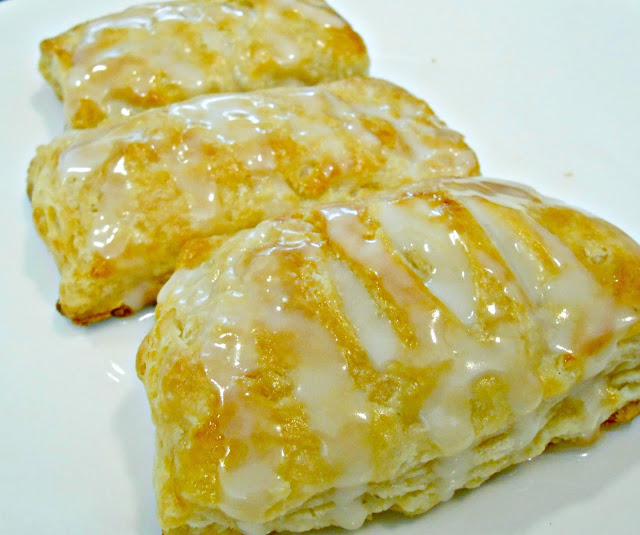 The glaze served its purpose and added a little drama to the presentation. My only regret is not having enough for all my friends. At one point I had to slice the turnovers thinly and jestingly announced that it's time for their communion. 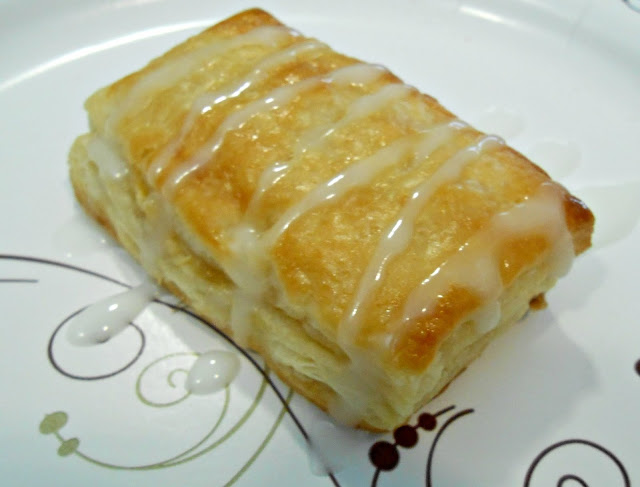