The making of "Lane Cake" 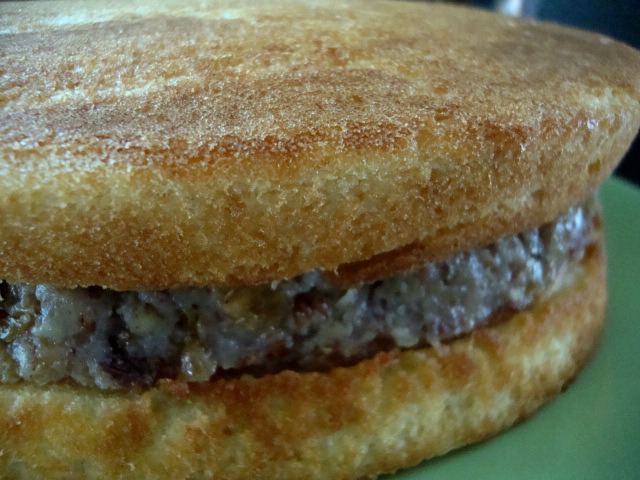 I haven't frosted the cake and will do so probably before I leave for work tomorrow or maybe later tonight. I thought I'd post pictures of the preparation and the recipe plus some of my observations/findings about this recipe. So here goes, Jen - just a teaser! 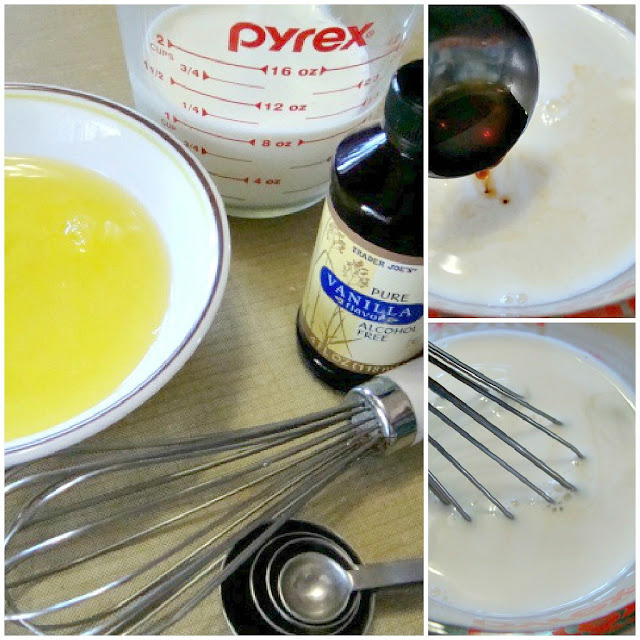 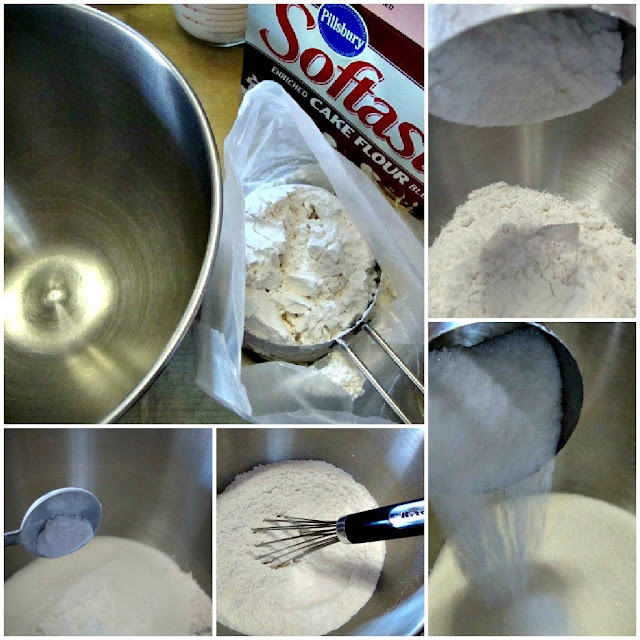 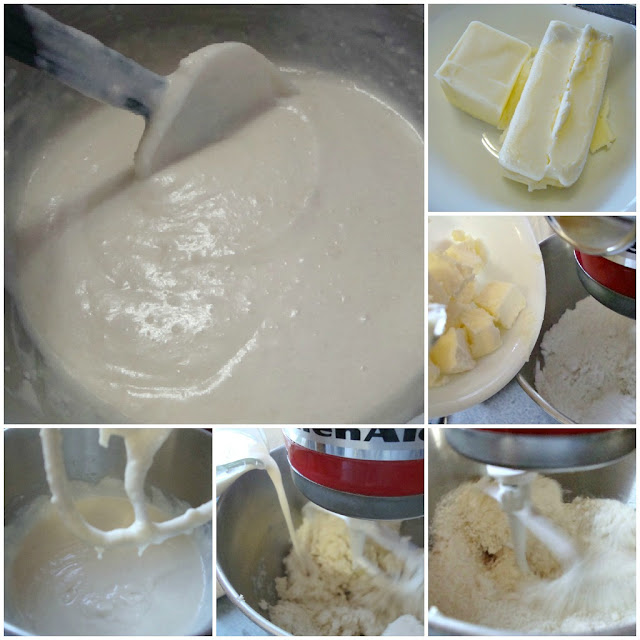 2. BAKE CAKES Scrape equal amounts of batter into prepared pans and bake until toothpick inserted in center comes out clean, 20 to 25 minutes. Cool cakes in pans 10 minutes, then turn out onto wire rack. Cool completely, at least 1 hour. (Cooled cakes can be wrapped in plastic wrap and stored at room temperature for 2 days.) 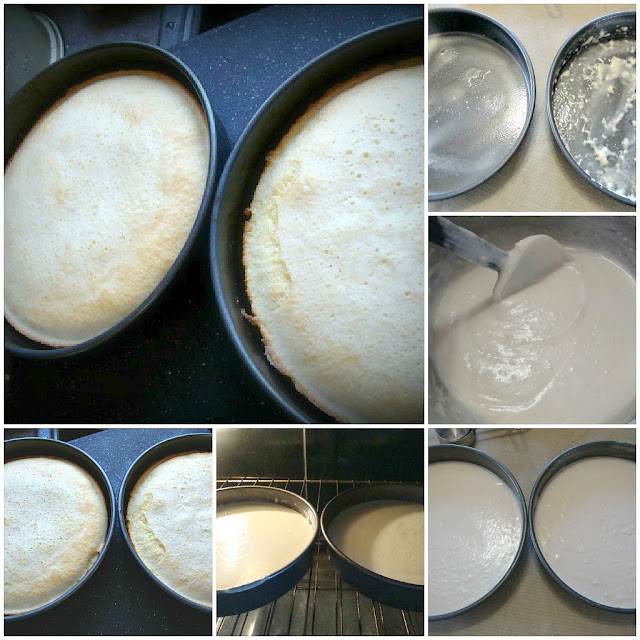 3. MAKE FILLING Whisk bourbon, cream, cornstarch, and salt in bowl until smooth. Process coconut in food processor until finely ground. Add pecans and raisins and pulse until coarsely ground. Melt butter in large skillet over medium-low heat. Add processed coconut mixture and cook, stirring occasionally, until golden brown and fragrant, about 5 minutes. Stir in bourbon mixture and bring to boil. Off heat, add condensed milk and vanilla. Transfer to medium bowl and cool to room temperature, about 30 minutes. (Filling can be refrigerated in airtight container for 2 days. Bring filling to room temperature before using.) 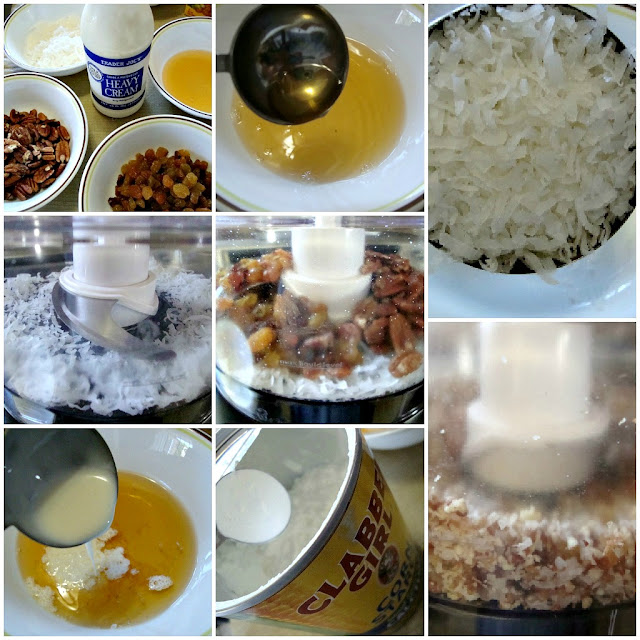 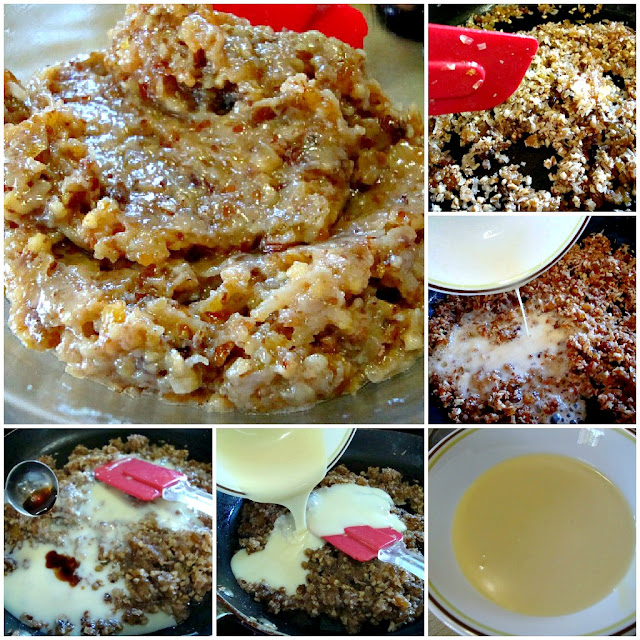 4. WHIP FROSTING With electric mixer fitted with whisk attachment, whip egg whites and cream of tartar on medium-high speed until frothy, about 30 seconds. With mixer running, slowly add sugar and whip until soft peaks form, about 2 minutes; set aside. Bring corn syrup to boil in small saucepan over medium-high heat and cook until large bubbles appear around perimeter of pan, about 1 minute. With mixer running, slowly pour hot syrup into whites (avoid pouring syrup onto beaters or it will splash). Add vanilla and beat until mixture has cooled and is very thick and glossy, 3 to 5 minutes.

I don't have pictures yet but I am so tempted to make it and finish the cake to complete my post. But I may not be able to resist getting a slice to find out how it taste when it's frosted and all. I want to present the whole cake to Jen. I went as far as assembling the cake and that's it. 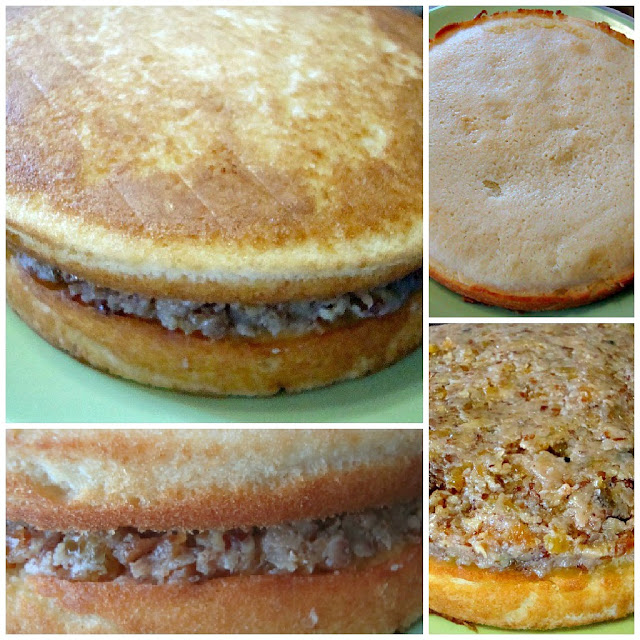 5. ASSEMBLE CAKE Place 1 cake round on serving platter. Spread filling over cake, then top with second cake round. Spread frosting evenly over top and sides of cake. Serve. (Cake can be refrigerated, covered, for 2 days. Bring to room temperature before serving.)

My observations on this cake:

1. I tasted the filling and it's not as grossly sweet like I imagined it to be. Still, I could not help but cut back on the sugar for the cake batter by 1/4 cup and 2 tbs.
2. Preparation time was really shortened because of the milk mixed with egg whites then poured into the dry ingredients instead of gradually folding the egg whites in
3. My cakes are done in 23 minutes.
4. Come to think of it- this cake didn't have any egg yolks in it. How cool is that?

I may have to edit this later with the real finished product pictures. Stay tuned :-)
Email Post
Labels: Bakery Cake