Random thoughts over a bowl of cereal 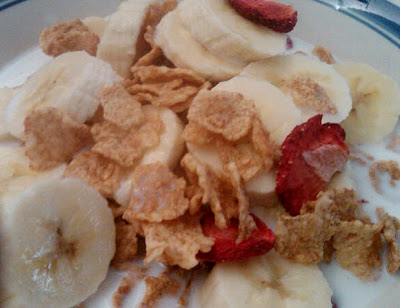 I didn’t cook last night. I thought I’d just go to bed early and rest while watching my homeboys play against the Bucks. I’m glad they won – three losses in a row will be too much! I know it’s early in the season but we want to win as many games as we could. And Shannon continues to wow us! My cereal certainly tastes so good ... especially when the Lakers are winning. 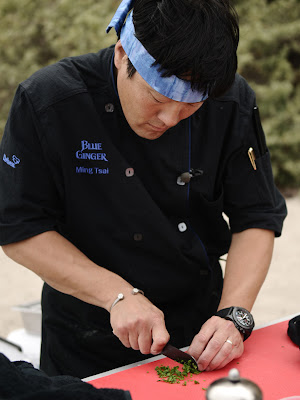 I didn’t catch the judging part of the battle for the Next Iron Chef last Sunday because I was busy in the kitchen. Good for me because I still can’t believe Ming Tsai was booted out. So he won’t be in the finals on Sunday- but I don’t even want to watch it. Could it be that his being an accomplished chef and a celebrity worked against him? A lot of people were outraged me included. Well, Iron Chef or not, he has carved a name for himself in the culinary world and I will always hold him in high esteem. 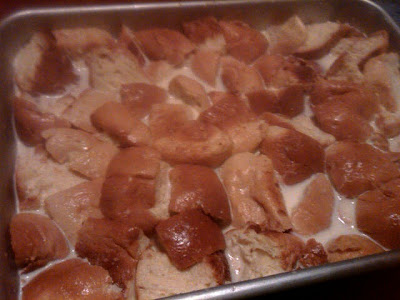 We have so much bread at home and I can only eat so much. Pretty soon they’ll be stale so before that happens; I prepped some for another French Toast Casserole or to call it simply- bread pudding. I was too quick in slicing, toasting and soaking them in custard mix when I suddenly remember the bread pudding of Mother’s in New O. He he ….. I haven’t had the privilege to taste it yet but it was featured in you know where BTIEA with Sunny Anderson in her spirited alleluias about the decadent dessert. These chefs have a way of selling anything and especially her. I do believe it is delish but it’s too late to make my own version because I already missed some steps- there are ingredients that should have been in the mix already and then I'm also missing some which should be on my grocery list. Whoa, seems like I am making it this weekend. 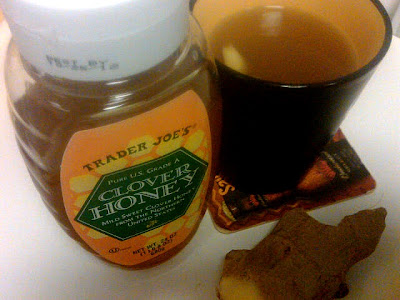 I’ve been drinking ginger tea for almost a month now so I always have ginger root, clover honey and a little paring knife at work so I can just nuke a mug of the healthy drink whenever I feel like drinking some. It is so easy to make. Just peel a small piece of fresh ginger root, an inch maybe then slice it really thinly then drop into the mug, fill with hot water from the coffee maker (it boils faster that way), set to a minute and there, ginger tea is ready for honey. I love clover honey because it has a mild sweetness to it and it goes well with ginger root. I also love to suck on the pieces of ginger after draining my mug- cleans my palate and soothes my throat.

And finally, every time I open my blog, I read this with amusement:

Not a Chef, but I can Cook!

It would be nice to have a blog in the future entitled :

Officially a Chef, and I cook damn better!