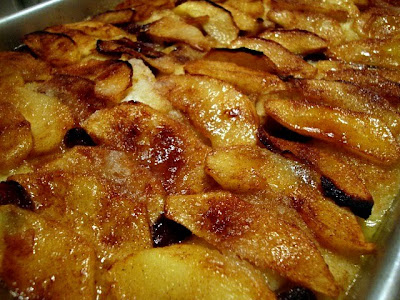 I have a day-old loaf of sourdough bread and lots of apples so I decided to just make it into overnight French toast. I learned that it is called overnight French toast because instead of the slices of bread going straight to a hot griddle after dipping in custard mix, all the slices of bread are soaked in it, refrigerated overnight then baked in a bain marie the next day. The effect is bread pudding-like. In fact, it is a bread pudding.

l made my first bread pudding when I was ten. Just a simple stale bread and custard mix with raisins but it tasted really good- it tasted like the world's best bread pudding back then. I guess it was an omen. There will be more bread puddings to make and some will be called other names too- overnight French toast casserole.... how fancy ha ha ha.

I’ve made it using blueberries and peaches but now, with apples and cinnamon. I sprinkled the casserole with dried cranberries before I layered the apple slices on top. They were not cooked though- they were simply tossed in cinnamon sugar and sliced very thinly for quicker cooking. When the casserole was done, I sprinkled more sugar and melted butter on top and turned on the broiler. It was an awesome sight watching the sugar melt and the apples turn to a delicious golden sheen. And even more awesome are the reviews I got when I served it to my friends at work. It was SUCCESS in capital letters. It was smooth with just the right amount of sweetness; creamy but not too heavy then you bite into pieces of tart cranberries and the flavors just go well together. I was fortunate to catch a bit of sugary crunch when I bit into a piece of the apple topping... yummy! And nothing beats the fulfillment I feel when I make something good and people appreciate it. This is not going to be the last time I’m making it. 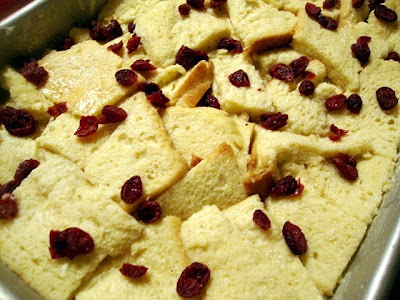 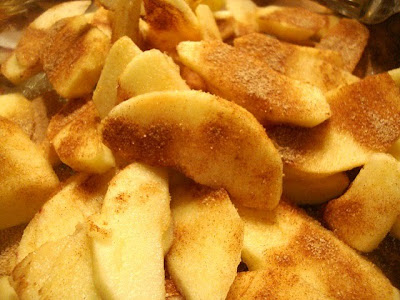 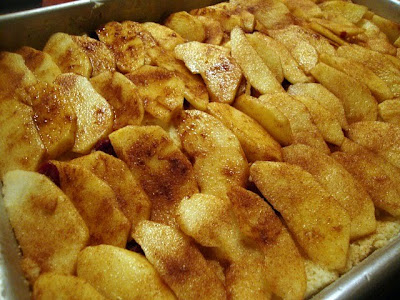 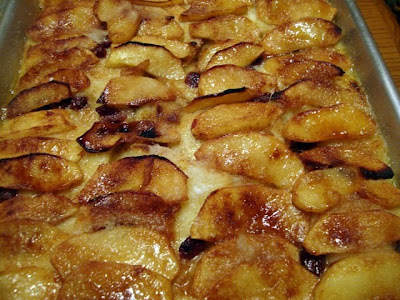 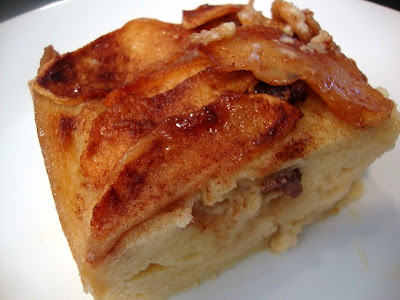