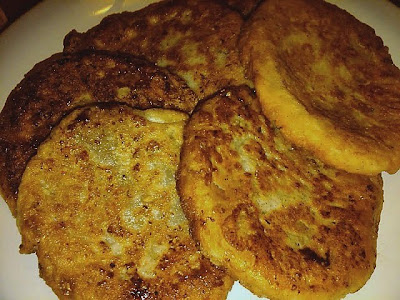 I first tasted this delicacy when we went grocery shopping at a Korean market. I saw a huge crowd gathered around a man making what appeared to be “stuffed pancakes”. I was immediately intrigued and my foodie sensors were all alert- this should be good judging from the number of people all waiting to be served. It’s amusing how skilled the man is with the way he made those white balls, stuff them with brown filling I was clueless about, then flatten them in his well-oiled pan and scooping the oil around the pancake and pouring it on top, the same way we do when we fry eggs. And so I bought ten pieces and liked what I tasted. The filling is brown sugar mixed with ground nuts and cinnamon and I just loved how it oozed as you bite into it. I have to cook this stuff most definitely! I did ask the man what it’s called and he told me they’re called “hotto” so I Googled it as soon I got home.

To my disappointment, my search yielded no result. I later found out that my spelling is wrong and who would have thought that it’s spelled as “hodduk” ha ha ha ha ha. Even the ready mix that my cousin bought from the store says “stuffed pancake”. Anyway, it was many months before I found that out and who knows how long it would have taken for me to find out if I didn’t see pictures posted at my favorite site and finally, the mystery is solved. So I asked for the recipe and still, it took a while before I finally made my first hodduk. I guess I was lucky to have a good recipe, thanks to Michelle aka xm1chelle that my first hodduk was a success. I don't have peanuts so I used cashew nuts instead and I don’t have the flat disc used to flatten the hodduk balls. But I discovered something that works t or even better – the palm of my hands!:-) I flatten them all after I’ve filled them then straight they go to the pan. And I almost forgot- my hodduk, they're not as hard as the store-bought ones when they get cold. These babies are chewy but have a certain crunch in them. I microwaved one for 15 seconds and the crunch was still there. Here are my pictures and the recipe. 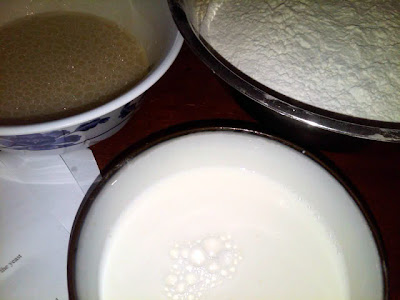 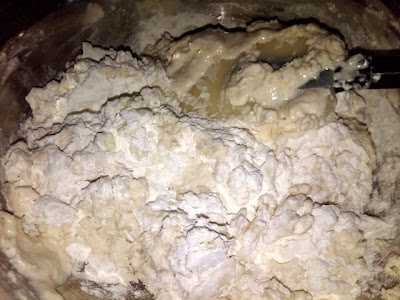 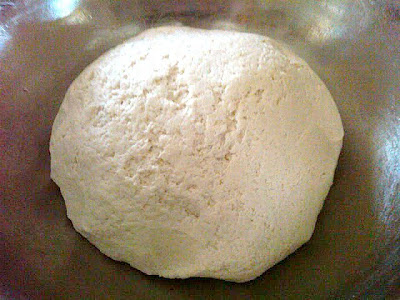 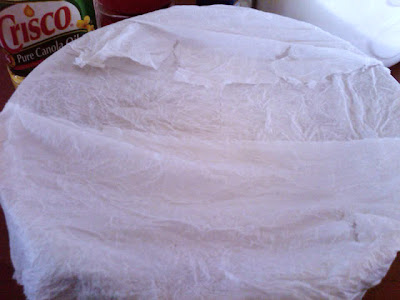 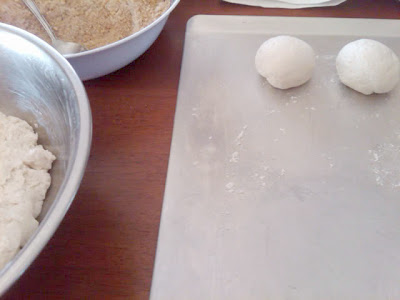 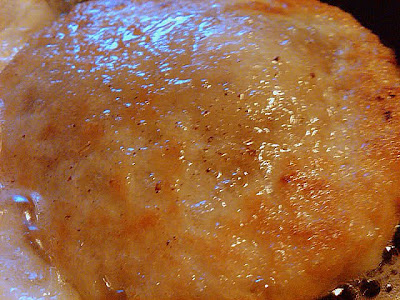 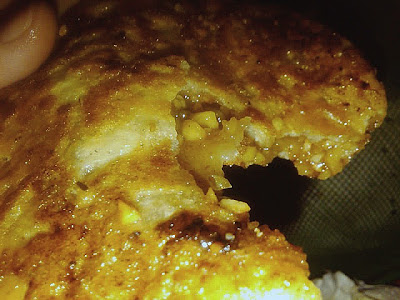 Directions:
1. Combine the yeast with white sugar, canola oil, vinegar, and warm water and allow the yeast to dissolve.
2. While the yeast dissolves, sift together both flours & add the salt.
3. After 10-15 minutes, add the warm milk to the yeast-water mixture and mix.
4. Add the wet ingredients to the dry ingredients and mix with a spatula.
5. Then, knead the dough for 2-3 minutes (you should add plenty of flour to your hands so that the dough doesn't stick).
6. Form the dough into a ball & place it in a large bowl coated with oil (so that it doesn't stick)
7. Place a wet paper towel over the bowl and let the dough rise for 1-2 hours in a warm place (Once the dough has doubled in size, it's ready to use).
8. Meanwhile, mix together the brown sugar, the nuts (that are finely chopped), and cinnamon.
9. On a lightly floured surface, take pieces of the dough (about the size of 1-2 golf balls) and roll it into a circle.
10. Then, flatten it so that it looks like a small disc and add 1-2 tbsp of the brown sugar/cinnamon mixture. Then pinch together the sides so it form a small ball again. Flatten lightly. Repeat the process for the rest of the dough.
11. On a skillet on medium heat, add butter & a generous amount of canola or vegetable oil. Once it gets slightly hot, add the dough (do it one at a time). Flatten and let it cook. Once the bottom side has gotten a light golden brown color, flip it and allow the other side to cook. Repeat the process for the other hodduk. Eat/serve while hot.
Email Post
Labels: Korean