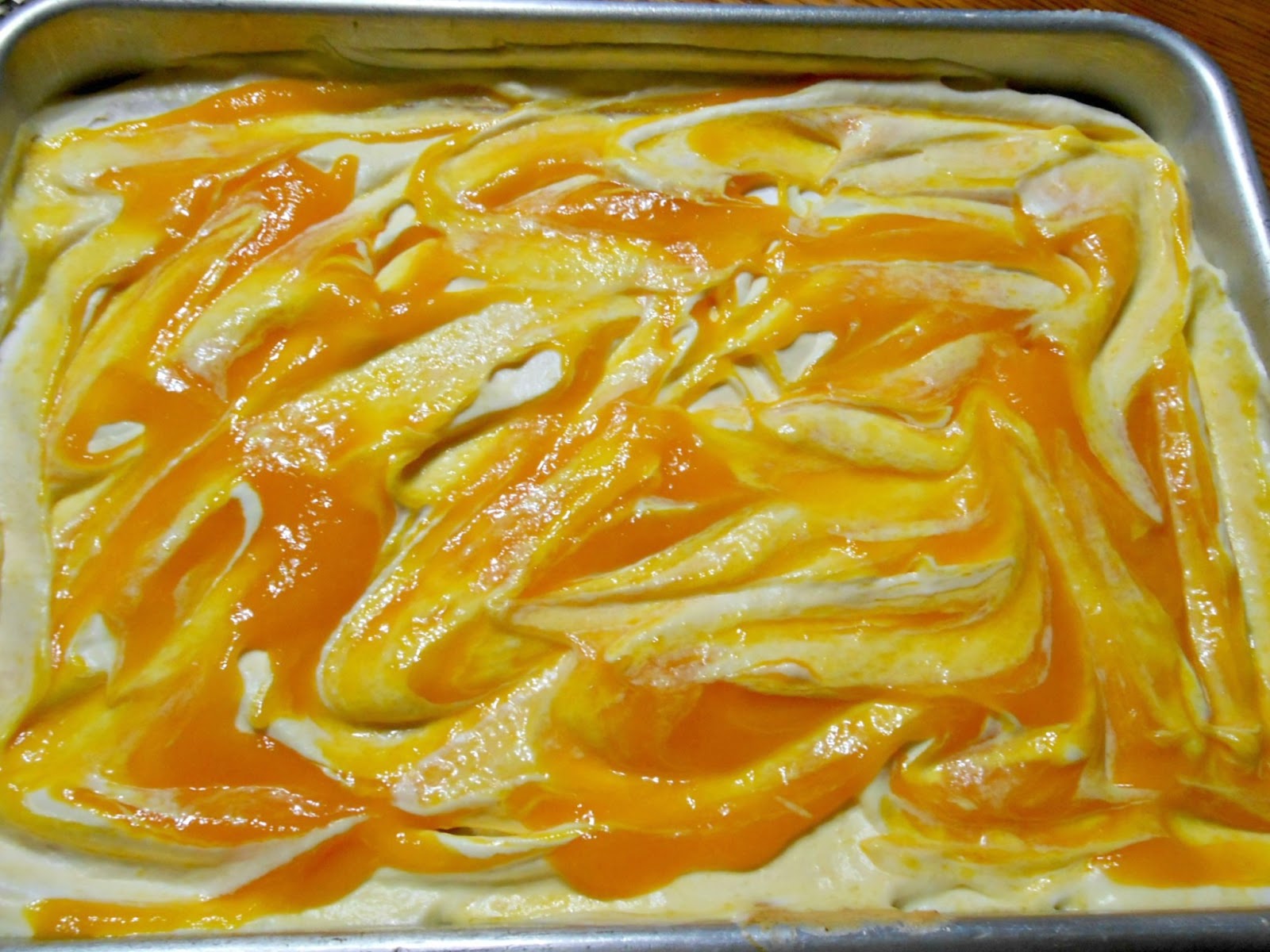 My homeboys are finally getting their act together!  A win last Friday and another one Sunday can only mean it's time to bake!  My friends at work expect no less than a yummy cake after a Lakers win.  And the timing can’t be more perfect as I realized I have mangoes that need to be put to use soonest or they’re headed to Trashville.  It's also nice that I have coconut milk in my pantry so finally, I can use the combination for my tres leches cake.

I could have made this last year but I didn’t have coconut milk and coconut oil available so I had to drop the “Coconut” and just did a straight Mango Tres Leches Cake.  I didn't expect it to be such a hit because it was the first time I used whole wheat flour to make it.  I was surprised by the positive reviews that I vowed to do a repeat and it has to be the real deal!

Now a year after, I still lack one ingredient- the coconut oil.  But I have the best canned coconut milk ever; mango flavoring to enhance the flavor of the Indian mangoes I'm using, and a little extra push from coconut and pure vanilla extracts.  I'm so pumped up to work on this cake! 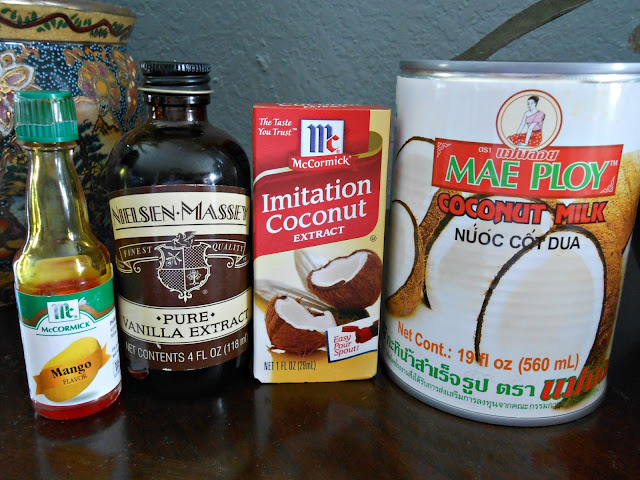 Directions:
Butter a 9"x13" baking pan; preheat oven to 350 degrees F
In a medium bowl, sift together flour, baking powder, salt and 1/4 cup sugar
In another bowl, stir together egg yolks, vegetable oil, coconut milk and vanilla
Beat egg whites until frothy; add cream of tartar.  Before soft peaks form gradually add the remaining 1/4 cup sugar, beating until slightly stiff
Whisk half of flour mixture into yolk mixture.  Whisk in 1/4 egg whites then carefully fold in another 1/4 egg whites with a large spatula.
Sift half of remaining flour mixture into batter and fold in.  Fold 1/4 egg whites
Fold in remaining flour mixture then fold in remaining egg whites.  Do not over-mix
Spoon batter into prepared pan; smooth top and bake for 25 minutes or until center tests dry with a wooden toothpick.  Set aside to cool. 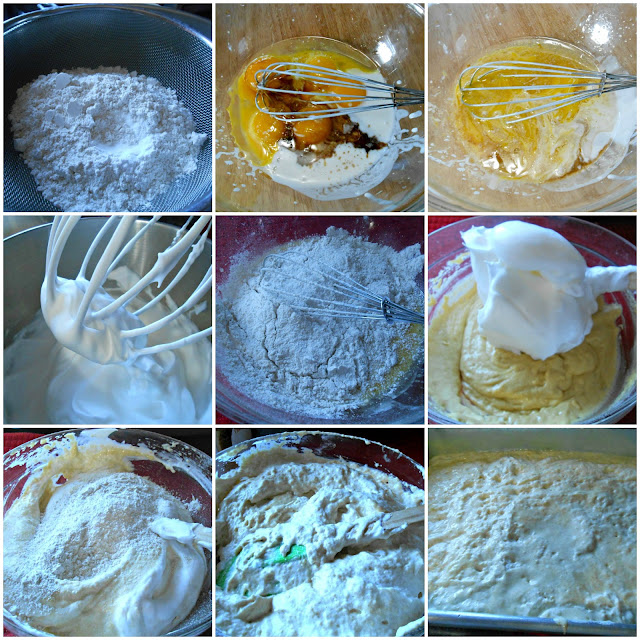 For the milk bath:


In a small pan over medium heat, stir together coconut milk, condensed milk, half and half and coconut extract until hot.  Pour evenly over cake.  Cover and chill cake for  at least three hours or overnight. 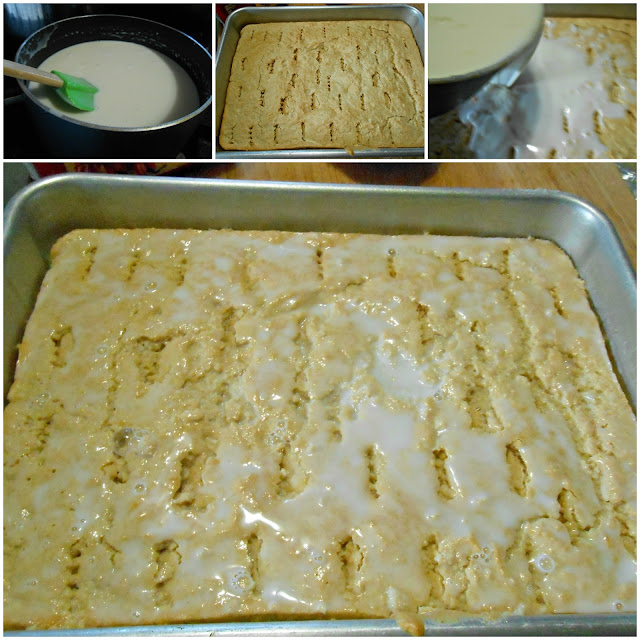 2 tsp mango extract
Process mangoes in a blender or food processor until smooth. Add more sugar if needed and pour into a strainer for a smooth finish.  I opted to add mango extract instead of sugar. 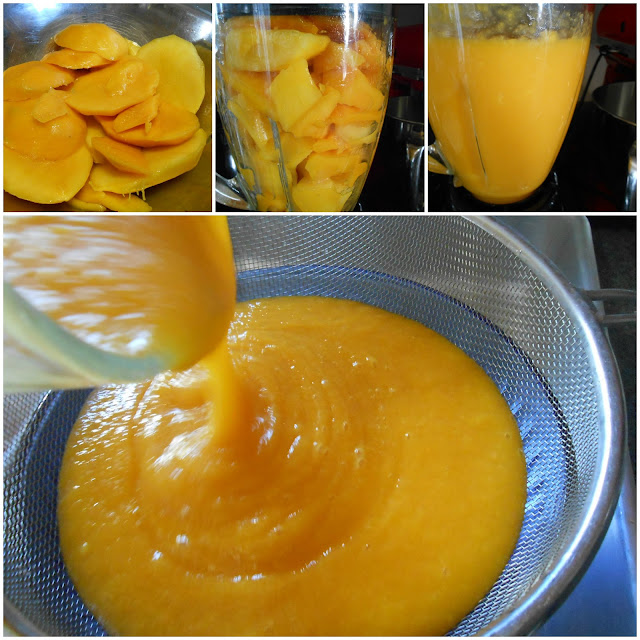 For the whipped cream topping:

Put very cold heavy cream, sugar and vanilla extract in mixing bowl.
With an electric hand mixer or a standing mixer fitted with a whisk attachment, beat cream on low until it thickens then you can turn the speed up.  Check for a soft peak and when it bends over at the top when you remove the whisk, it's done- if you beat too long, you could end up with butter.

At serving time fold in half of mango puree into the prepared whipped cream then spread evenly over the cake. Spoon remaining puree on top and swirl into whipped cream with a spatula for that swirled topping effect. 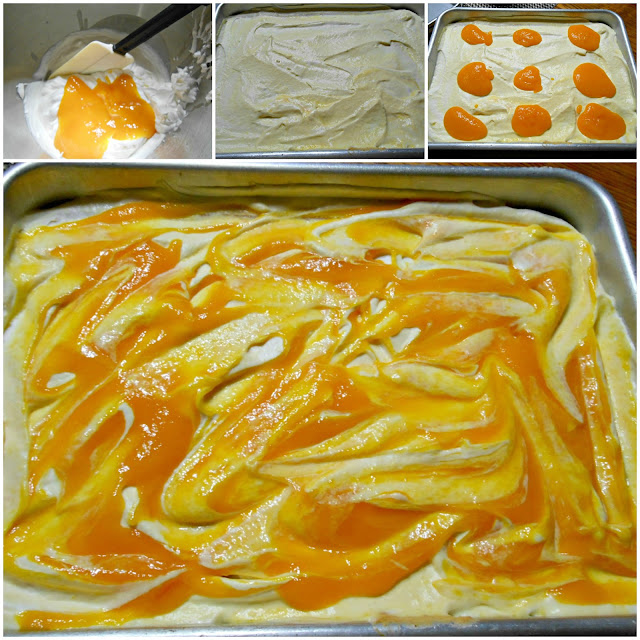 This looks familiar right? I mean, look at last year's mango tres leches post-except that this one has that coconut surprise inside. Even picky me was pleased lol... 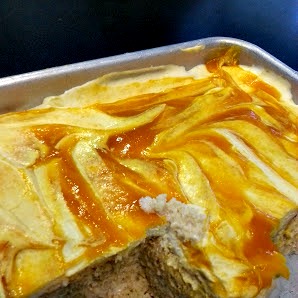