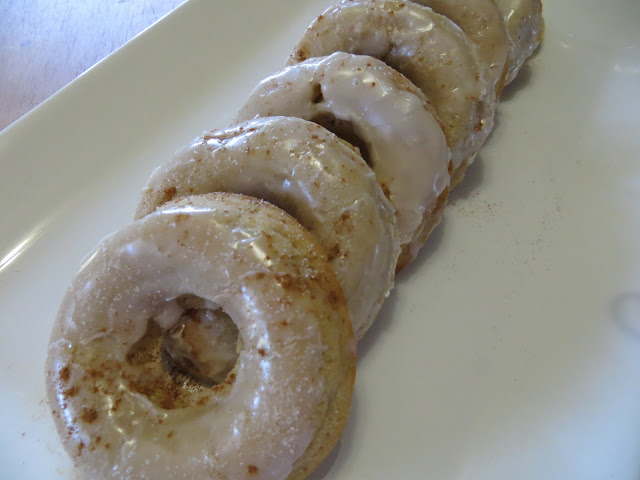 Such a long name for a simple cake donut!  But then again, these little ones are packed with a lot of flavors from the batter to the glaze so they may look simple but take a bite-you're in for a surprise!  I don't have the required apple pie spice so I substituted with a mixture of ground cinnamon and nutmeg.  The actual apple pie spice substitute consists of ground cinnamon, nutmeg, cardamom and all-spice but I decided on the two to make it simpler.  The flours are a combination of all- purpose and whole wheat pastry so you get that distinct whole wheat taste.  I used pure vanilla and a little yogurt with milk and egg plus the grated apple to complete the batter.  I tried to use a zester for the apple but it was turning into applesauce so I used a regular cheese grater and I got strands of apple which I prefer.  For the glaze, I used powdered sugar with a little milk, pure vanilla and a  drop of Mapleine for that delicious maple flavor.  A little sprinkling of cinnamon sugar on top and the donuts are ready.  The recipe yielded nine little donuts- perfect for my little guests who feasted on them and said they're yummy and tasted like oatmeal- I guess the taste reminded them of apples and cinnamon flavored oatmeal :-) 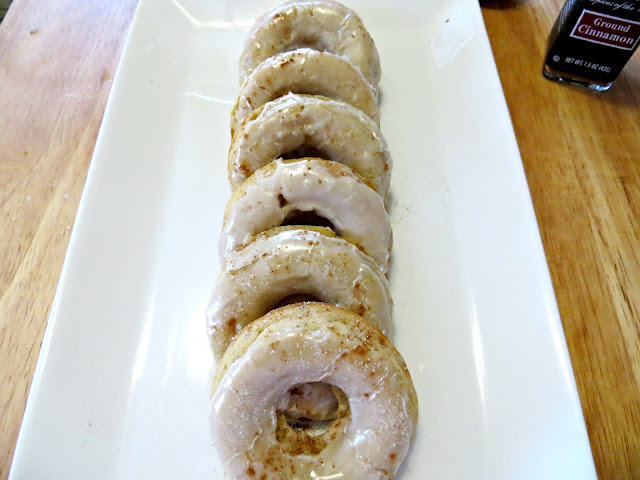 Directions:
1.       Preheat oven to 350 degrees and lightly spray doughnut pans
2.       In a large bowl, combine flours, sugar, baking powder and apple pie spice
3.       Using a pastry cutter, cut in butter.
4.       Lightly beat the egg with the vanilla, then stir into batter.
5.       Add scalded milk and yogurt and mix only until combined.
6.       Fold apple into batter.
7.       Use a piping bag to fill doughnut pans about ¾ full and bake for 18-20 minutes or until the tops spring back.
8.       Glaze: Whisk all ingredients together, and adjust consistency using milk and powdered sugar.
9.       After letting doughnuts cool for about minutes, dip warm doughnuts in glaze and let set.
Sprinkle with cinnamon sugar just before the glaze sets 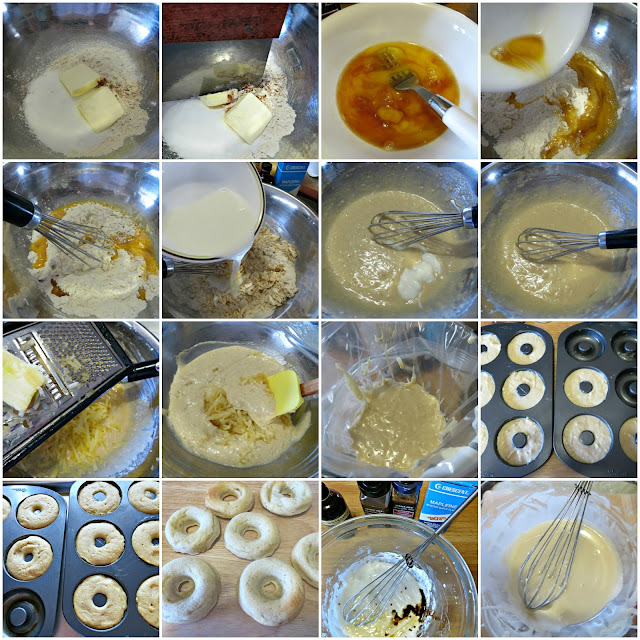 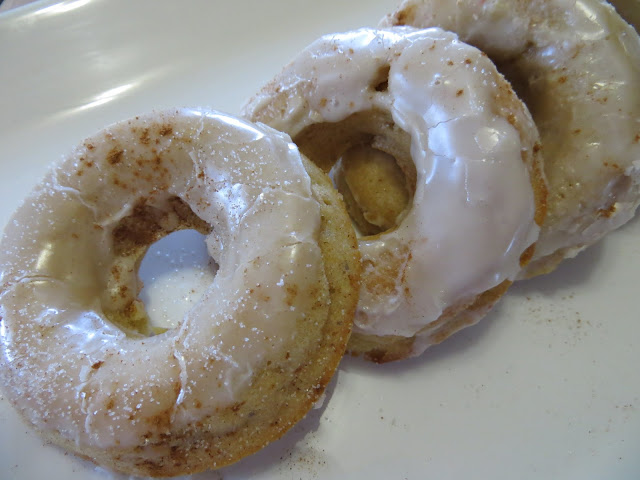 I did my taste test and indeed it was close- but better because of the maple glaze!  I used only a quarter cup of sugar for the batter so the donuts came out with just the right amount of sweetness. 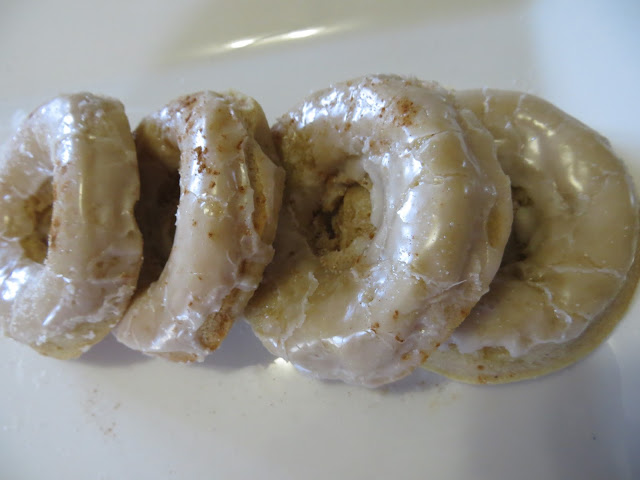