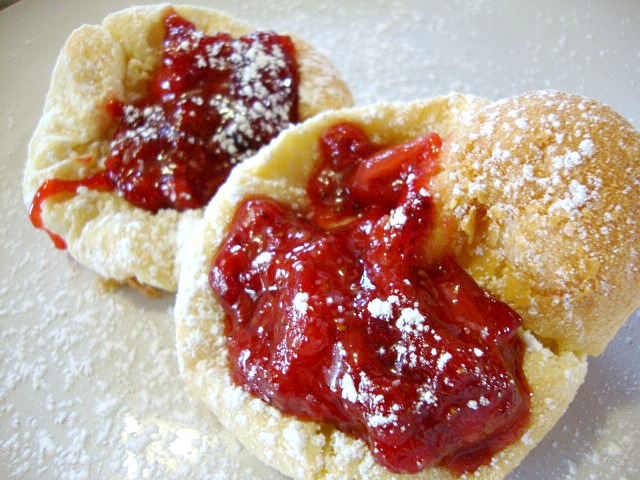 Social networking has its awesome perks like I get to follow my favorite chefs and my homeboys- my Lakers. That's the only reason why I have a Twitter account- to know what's going on with their lives and what they're up to (nosy huh)but people like me are called "followers" ha ha. Anyway, I love how my fave chefs post pictures of their creations and the stuff they eat which gives me inspiration and ideas for future creations.

So last Thursday, Tyler Florence twitted about his stuff pancakes complete with Instagram pictures. I knew I'd replicate that over the weekend- actually I was so looking forward the weekend so I could sink my very own teeth on that scrumptious-looking pancakes :-) He posted step by step instructions which are so easy to follow but the way he posted stuff pancakes instead of stuffed makes me feel awkward.

My pictures may not be as beautiful but I'm confident my pancakes taste just as yummy!

The first step is to prepare the strawberry jam. Remove the caps of washed and patted dry fresh strawberries then slice thinly. I used about 8 grams of strawberries, zest of one lemon and its juice and half a cup of granulated sugar. 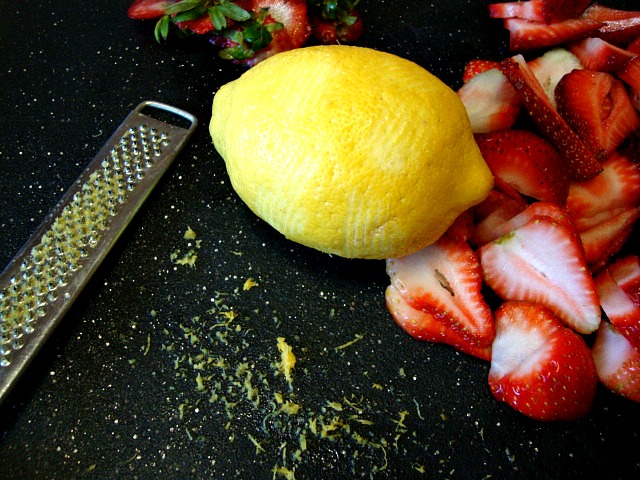 In a sauce pan, place the strawberries, sugar and lemon zest and simmer over medium heat until it becomes shiny and thick- set aside. 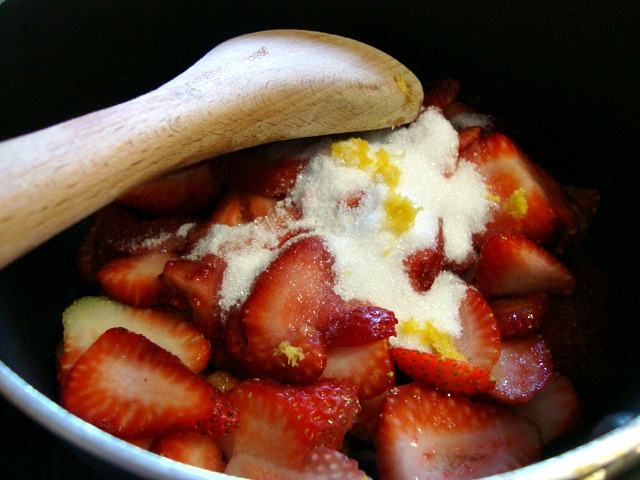 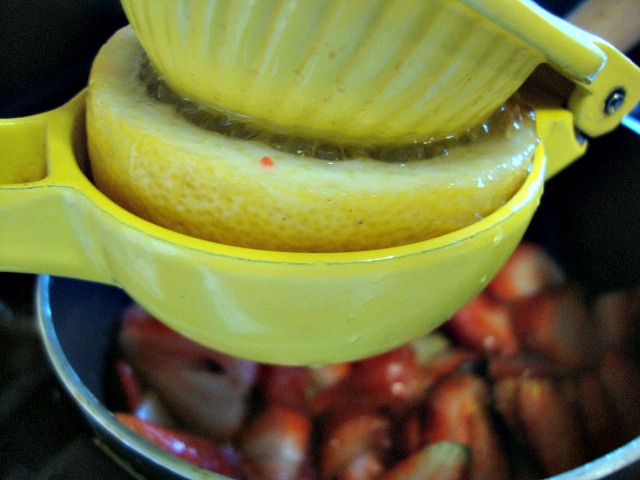 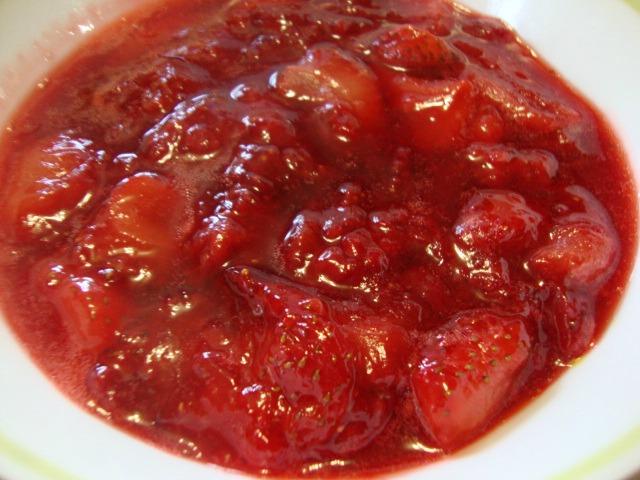 Now for the pancake batter you need the following: 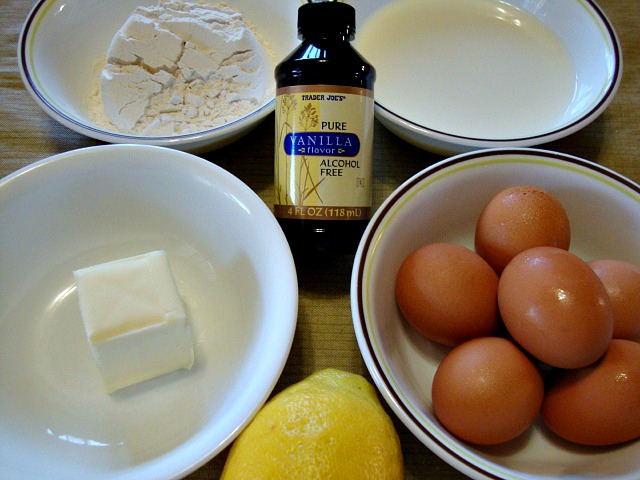 Preheat oven to 400 degrees F
Put everything in a blender except the melted butter and blend on low. 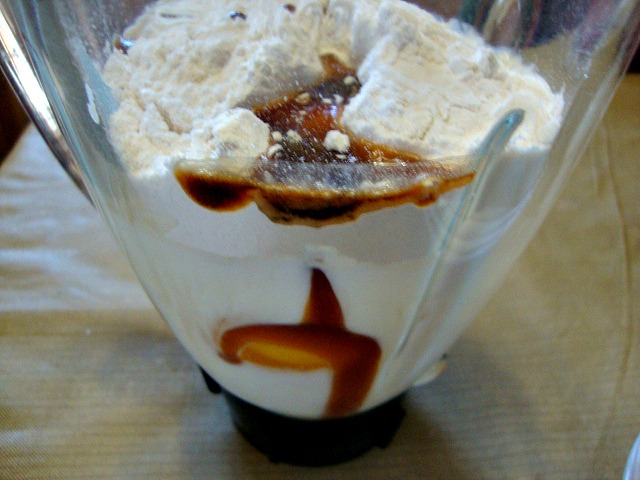 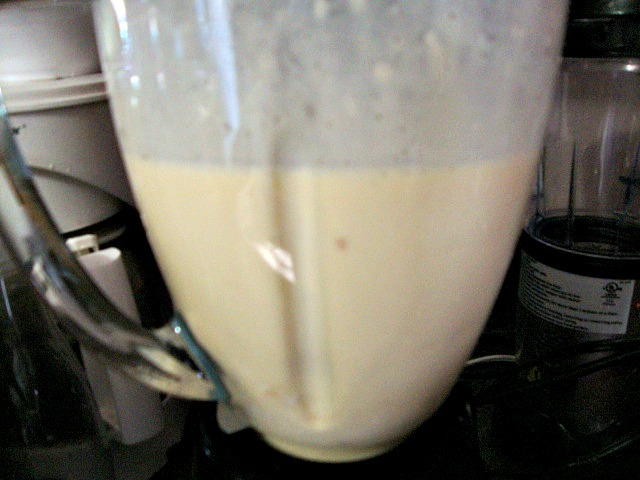 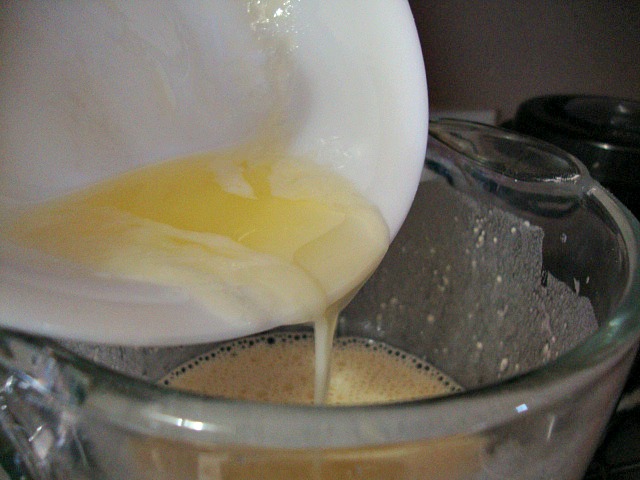 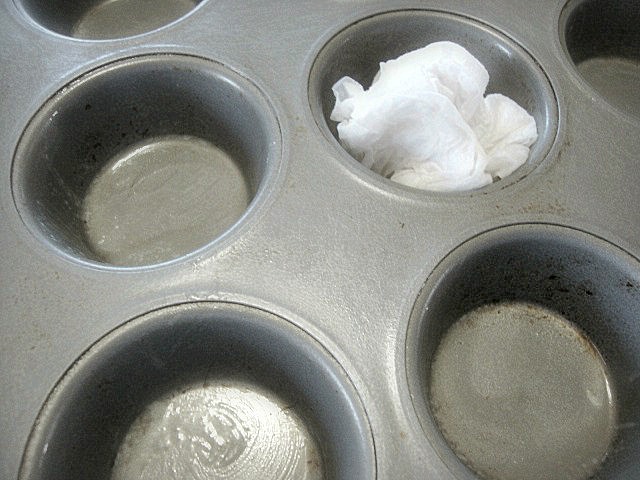 Pour batter into each cavity 3/4 full 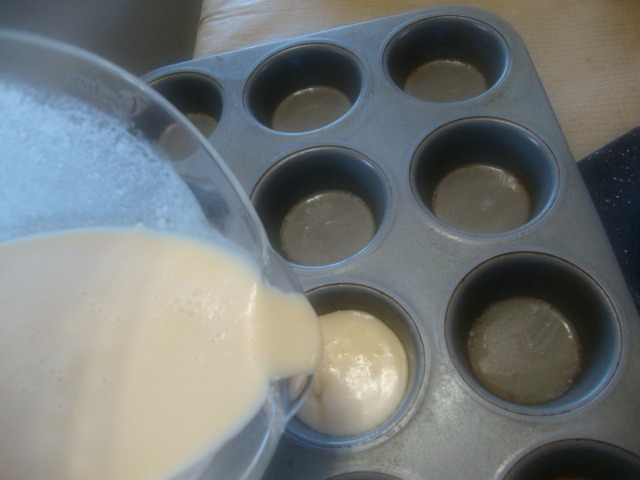 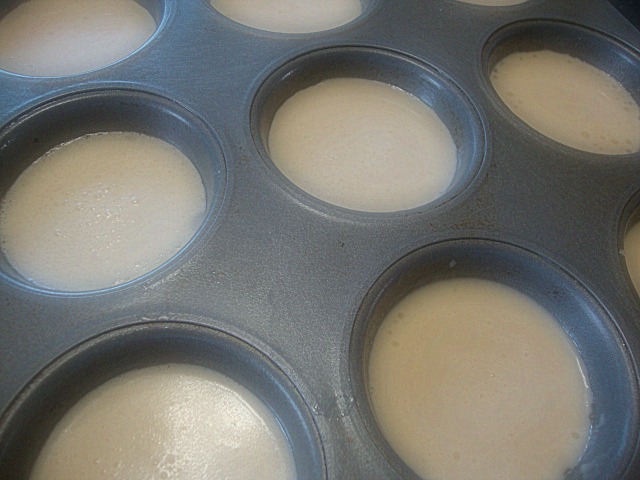 Bake for 20 minutes or until puffed and lightly golden 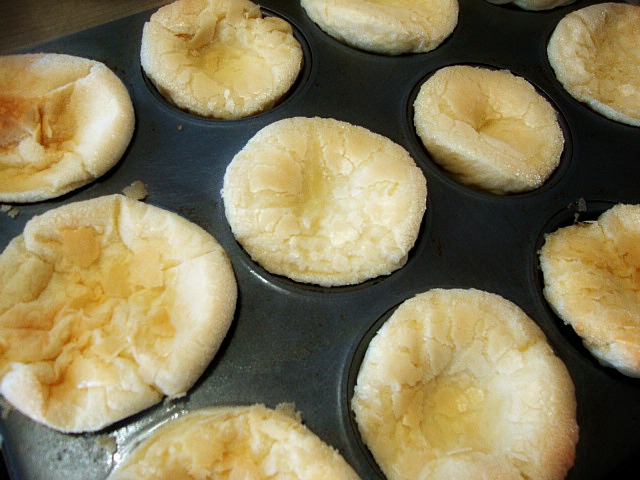 I forgot to take a picture while they were still puffed. They sink in the middle after a couple of minutes but that's how it's supposed to be- with like a dent or hollow in the middle for the jam. 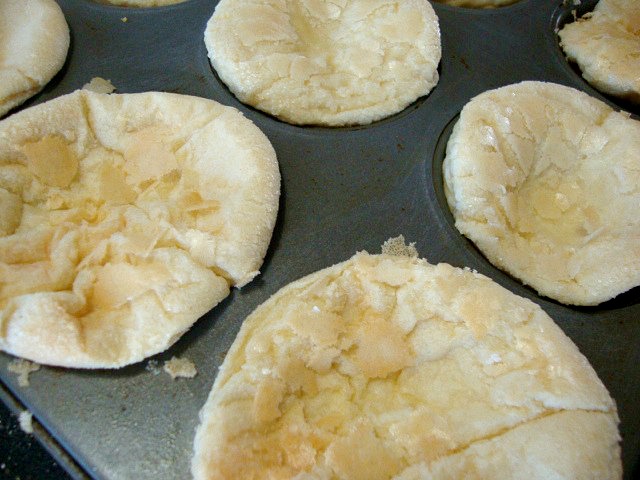 Stuff each pancake with strawberry jam and dust with powdered sugar 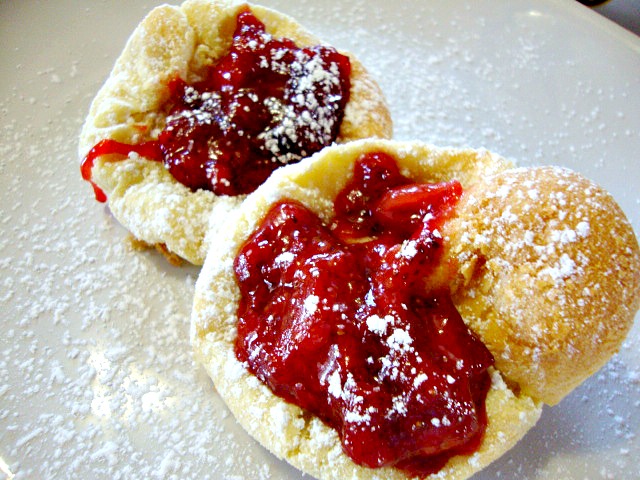 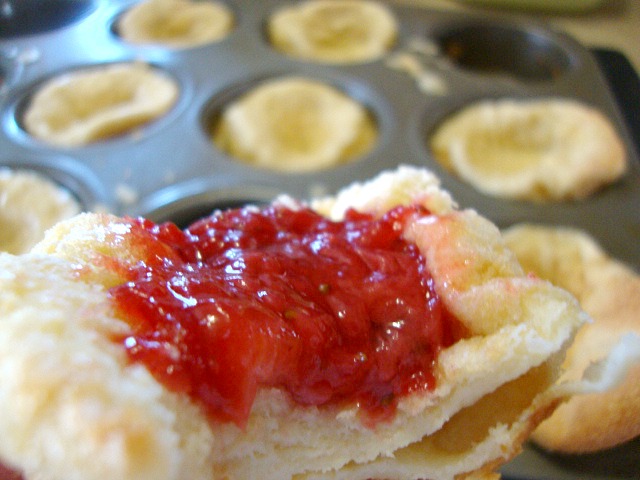 When I saw Tyler's pictures, my Pyrex baked pancake immediately came to mind but this one has a soft and chewy texture while my baked pancakes are more fluffy and airy because of the whipped egg whites factor. Coming out of the oven, they look like popovers for a while before they collapse.

I thought of using peaches for a change because I've been using strawberries a lot but I din't find yellow peaches at the nearby store so I ended up with strawberries and thankfully so- it's the perfect stuffing for the pancakes and of course-homemade jam is money!
Email Post
Labels: Baked Pancakes Breakfast German Pancakes Tyler F