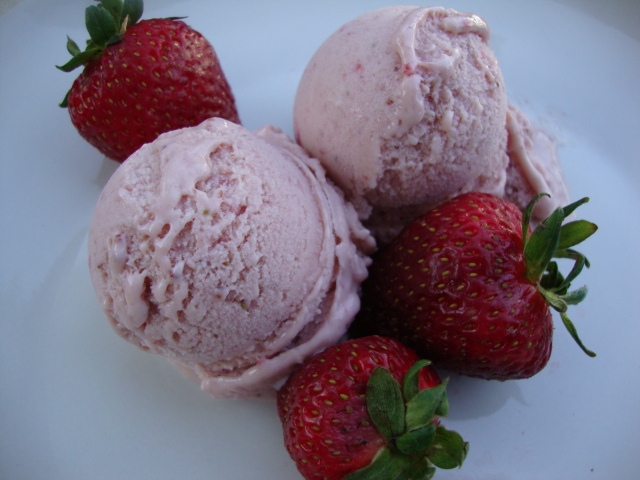 This gelato could have been version #1 but it requires a few more steps and took a little bit longer to make which is fine; but I wanted something soonest (funny how a simple task could appear like a monumental task when we want make shortcuts) so I searched for an easier recipe and that’s how Strawberry Gelato I came to be and how this second version had to give way and end up as #2.

For this I used strawberries too just to compare the taste. Of course the first is more fruity than creamy while this one is the richer and creamier version which has a custard base- but richer and creamier in a spoon licking- good way. Well, IMO anything custard is delish. I was concerned at first because it seemed like the milk-cream ratio is too much; that it’s overpowering and overwhelming the fruit ingredient and then realized that I haven’t even used up all of the pureed strawberries. I didn’t pour everything right away; kind of testing the waters and ended up using all of it to make the strawberry flavor shine.

The gelato came out a pale pink unlike #1 and understandably so but it smelled berry delicious already. I wondered if it will turn darker as it freezes and it did a little bit. Here's how I made it :-) 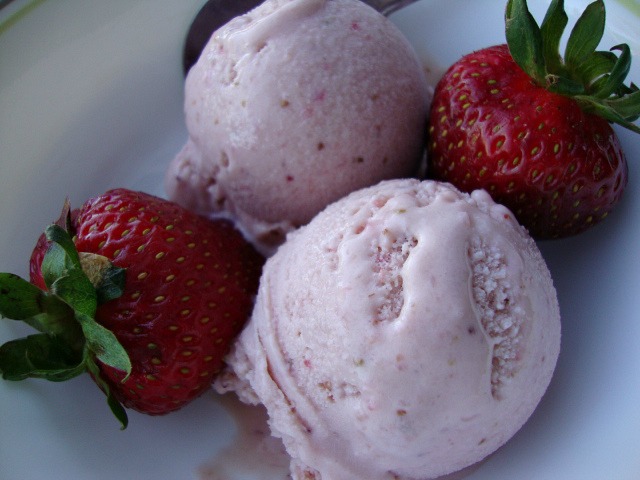 Procedure:
1. In a large pot, mix the fat-free milk, sugar and powdered, nonfat, dry milk. Bring the mix to a low simmer over medium heat and stir to dissolve the sugar, then turn the heat down and just keep it warm. 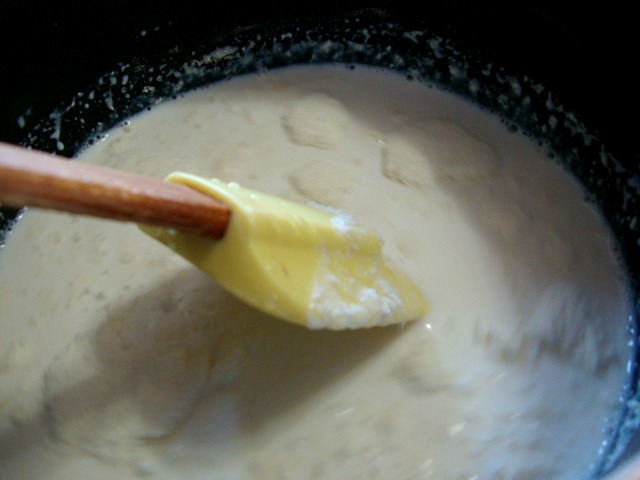 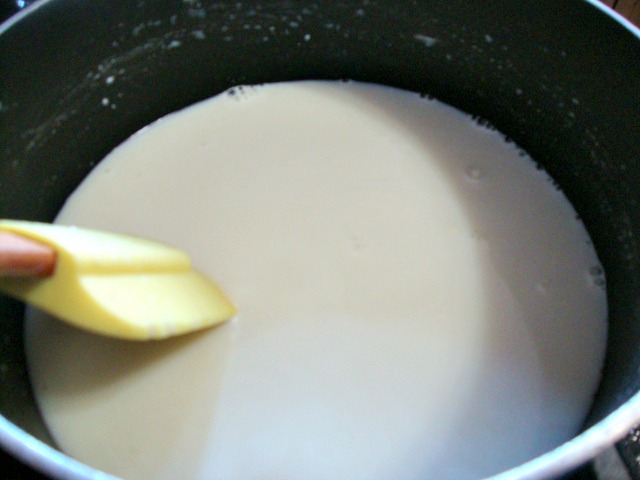 2. Whip the egg yolks until thickened 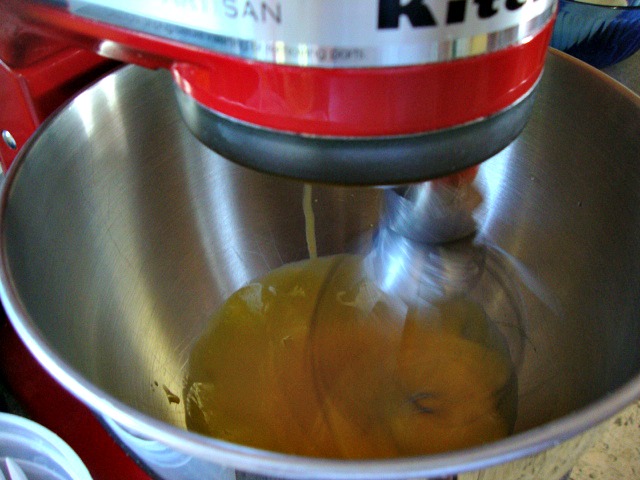 3. While constantly whisking, slowly add 1 cup of the hot milk mixture and whisk until it is blended (a few seconds). 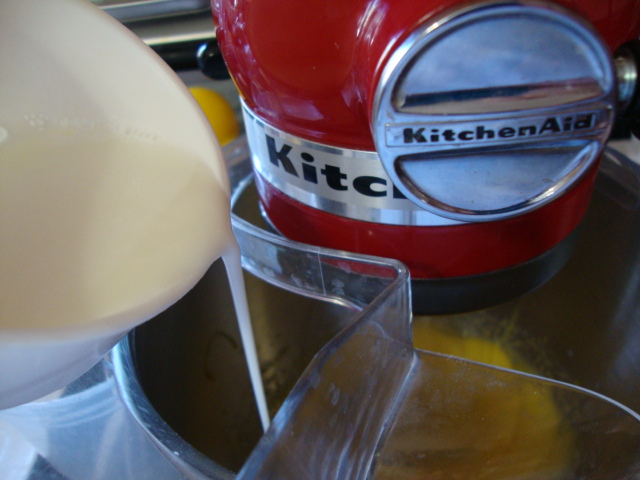 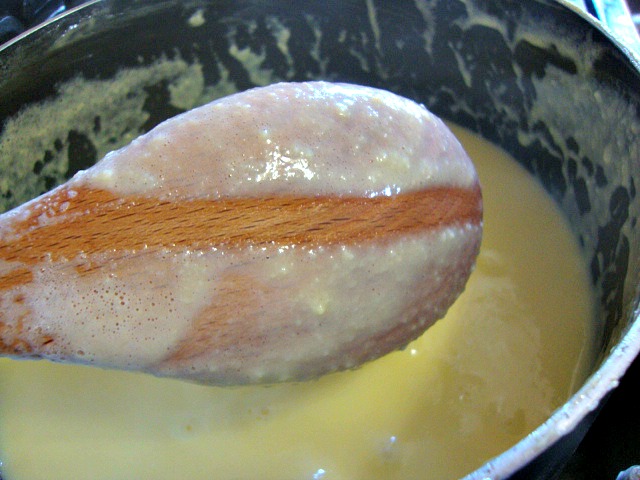 5. Stir in half and half and vanilla and transfer to another bowl. Refrigerate for at least 6 hours or overnight to allow all the flavors to marry. 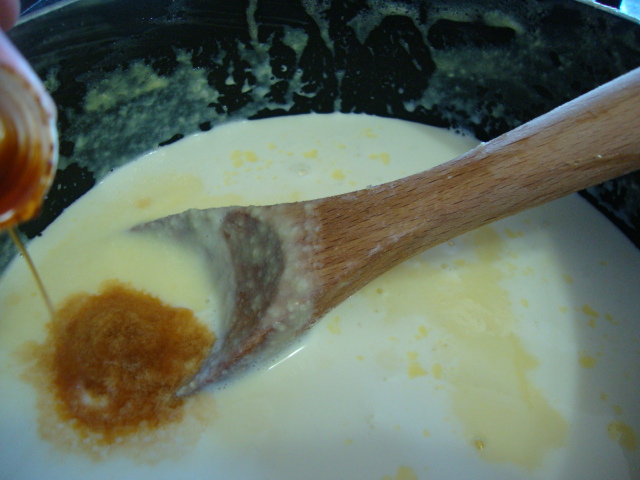 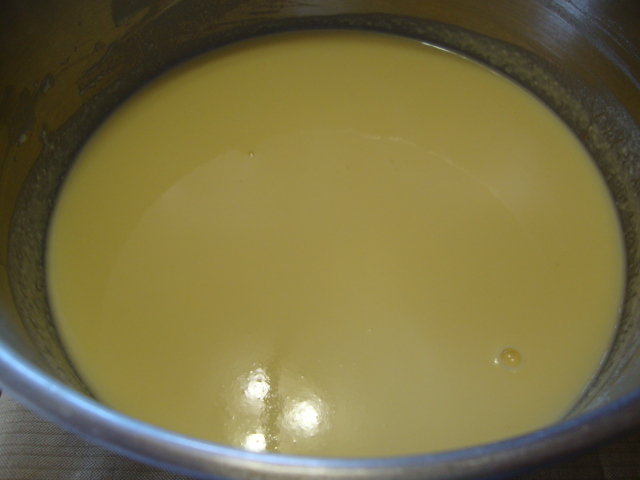 6. Remove the caps of the strawberries and process in a blender until smooth. 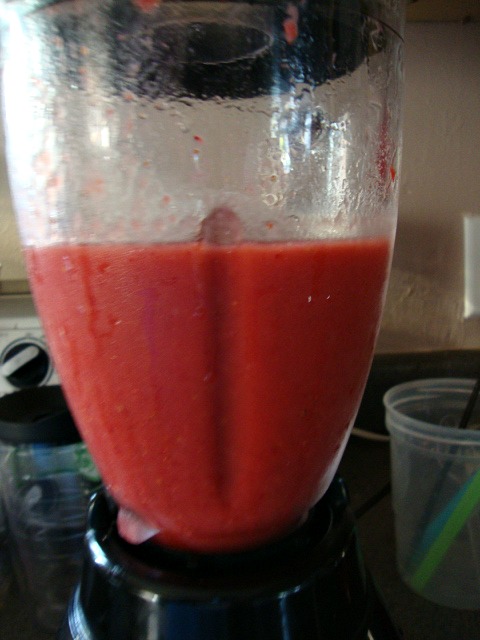 7. Pour the milk/cream/fruit mixture into the ice cream maker and let it do the job. Remember, it should churn slowly until it thickens to your desired consistency. Either serve it soft or freeze for at least two hours if you want it more firm. 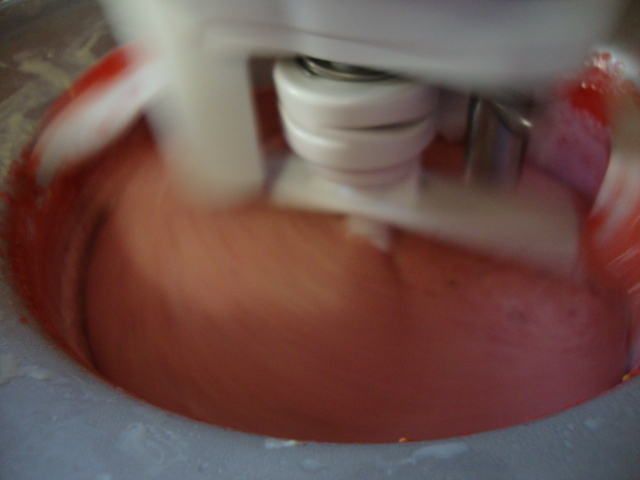 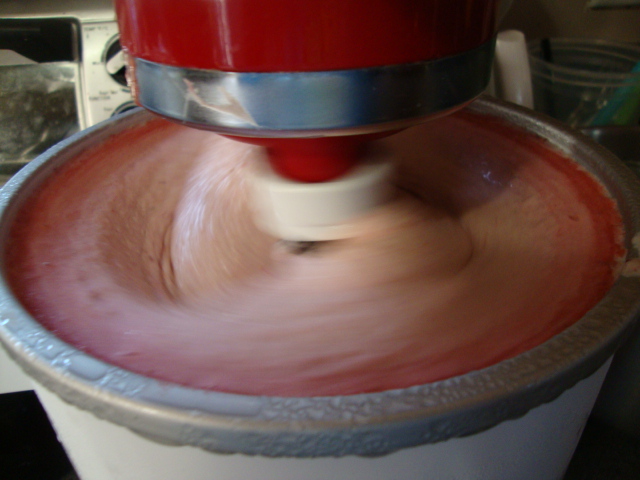 It looks pale after churning 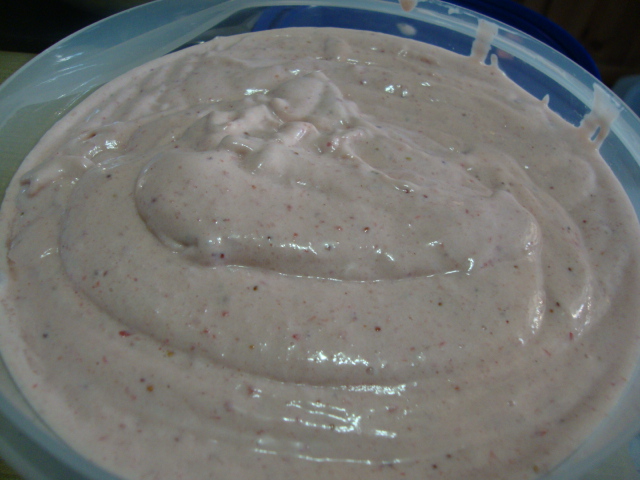 And brightened a bit after two hours in the freezer 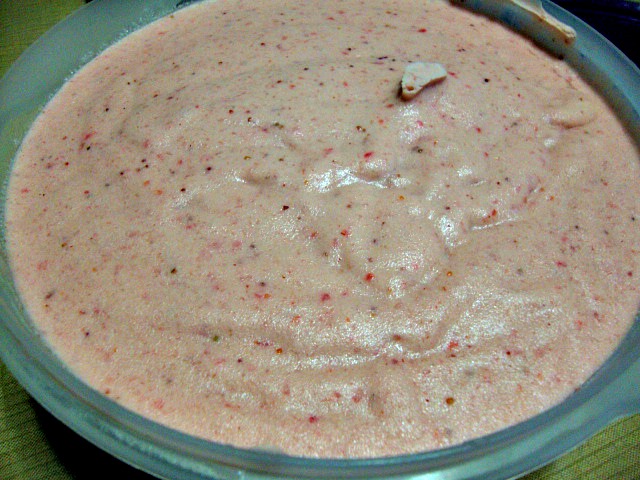 Even better when served. Enjoy! 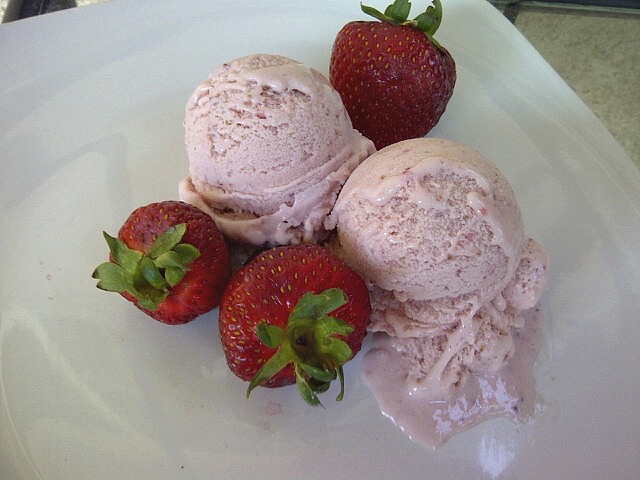 I must say I'm really happy with the results of my gelato making experience. I think it has something to do with choosing the most suitable fruits and churning correctly to achieve the density and depth of flavors befitting a gelato. I have a feeling that I'm not done with gelatos ... yet :-)
Email Post
Labels: Cold Treats Frozen Gelato Italian