My summer will not be complete without making crostata cum galette. I use these terms interchangeably because they actually mean the same thing. Crostata is to the Italian while galette is for the French but they are the same free –form tart baked on a cookies sheet rather than a tart or pie pan thus giving it a rustic flair (which I prefer). Sweet fruit filling is assembled in the center spreading out in a circular manner but leaving at least an inch and a half of tart dough at the border which will be folded over to keep the filling inside. Cornstarch or flour may be added to the juicy fruit as a thickener so it does not become soggy but just moist and the shell remains flaky. And by the way- the filling could be savory too and that will be another post :-)

And talking about flaky crust- I have posted my recipe in the past. The recipe yields two pie crusts and they can be stored in the fridge up to three days.

Method:
1 Cut the sticks of butter into 1/2-inch cubes; should be thoroughly chilled.
2 Combine flour, salt, and sugar in a food processor; pulse to mix. Add butter and pulse 6 to 8 times, until mixture resembles coarse meal, with pea size pieces of butter. Add ice water 1 Tbsp at a time, pulsing until mixture just begins to clump together. If you pinch some of the crumbly dough and it holds together, it's ready. If the dough doesn't hold together, add a little more water and pulse again.
3 Remove dough from machine and place in a mound on a clean surface. Gently shape into 2 discs. Knead the dough just enough to form the discs, do not over-knead. You should be able to see little bits of butter in the dough. These small chunks of butter are what will allow the resulting crust to be flaky. Sprinkle a little flour around the discs. Wrap each disc in plastic wrap and refrigerate at least 1 hour, and up to 2 days

For the filling I’ve done apples, persimmon, mixed berries and peaches. Last week, I used figs and blueberries combo for the first time. And just allow me to be a little sentimental. When I see figs I think of my friend from Chatsworth. They have a huge fig tree in their backyard and last year, she even gave me some fig jam which I really enjoyed. 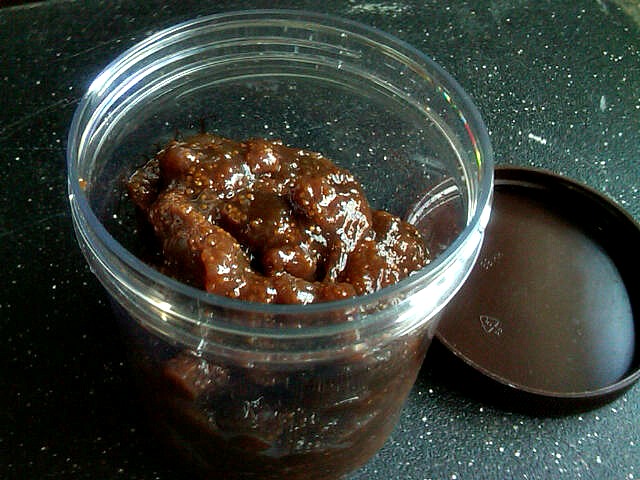 So when I went to Trader Joe's and found these figs I thought I'd make a galette just because I remember her making this and I miss her. But I was tempted to make a little salad and used some of the figs so I had to use some blueberries in addition to the figs to make my galette fruitier. I used my vanilla almond sugar crystals instead of the usual Florida crystals as it adds crunch to the already flaky crust. And it looks good too! 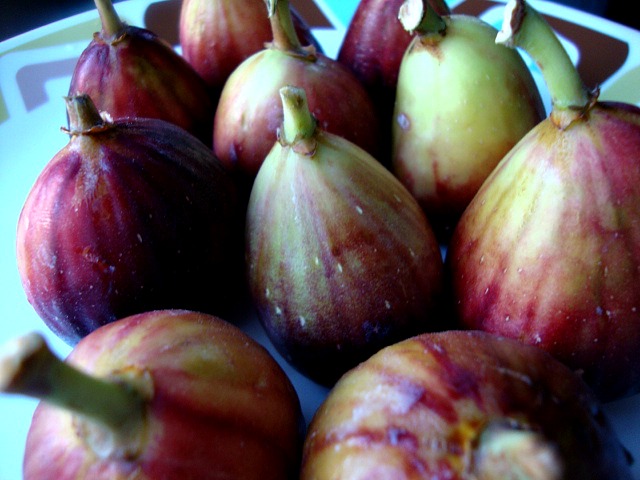 Directions:
1. Preheat the oven to 350F (180C). Spread the almonds evenly on a baking sheet and place them in the oven. Roast them for about 10 minutes, or until slightly toasted and fragrant. Transfer to a plate and let cool to room temperature.
2. Put the cooled almonds and the sugar into a food processor and process until fine. Add the butter, egg, and vanilla extract and pulse until well-combined. If you don't want to use it right away, divide the frangipane into four equal parts, wrap each tightly in plastic. They will keep in the fridge for a couple of days, and up to a month in the freezer.

Assembling the galette
1. Preheat the oven to 375F.
2. Roll out your pastry dough to about 10-inch diameter - more or less won't harm anything.
3. Spread about 1/4 of the quantity of frangipane on the dough, leaving about 1 inch parameter around the outer edge of the dough. (If adding the cream cheese, add cream cheese, then layer the frangipane on top).
4. Quarter the figs (only halve if small) and arrange them -pointy end up will be prettier- in concentric circles to cover the frangipane. (I just sliced them into 1/3-in slices to make it easier).
5. Fold the edges in a pleating manner. Brush the dough with eggwash and sprinkle sugar crystals on the crust and some on the filling. Bake for about 35-40 minutes, or until the pastry edges are golden brown.

Notes:
I used a cup of blueberries as extender and it is a very nice combination. I think it could be better if the figs are sweeter- maybe from Michelle's tree or Lola's. 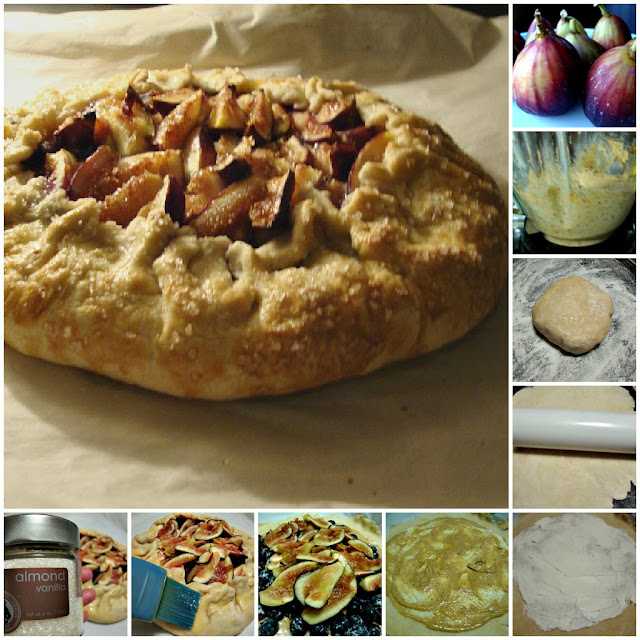 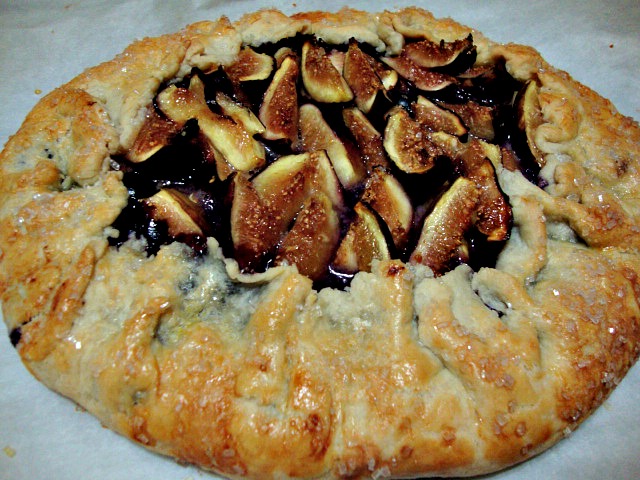 Method:
Melt butter and sugar in a saucepan over medium heat, stirring constantly until well blended
Pour over mango cubes and toss to coat; sprinkle with cornstarch and set aside to cool
Roll out dough and spread cream cheese if using
Spread prepared mango and top with blueberries
Fold the edges; brush with egg wash and sprinkle with sugar crystals or brown sugar if you don't have crystals
Bake in a parchment lined baking sheet for 35-40 minutes 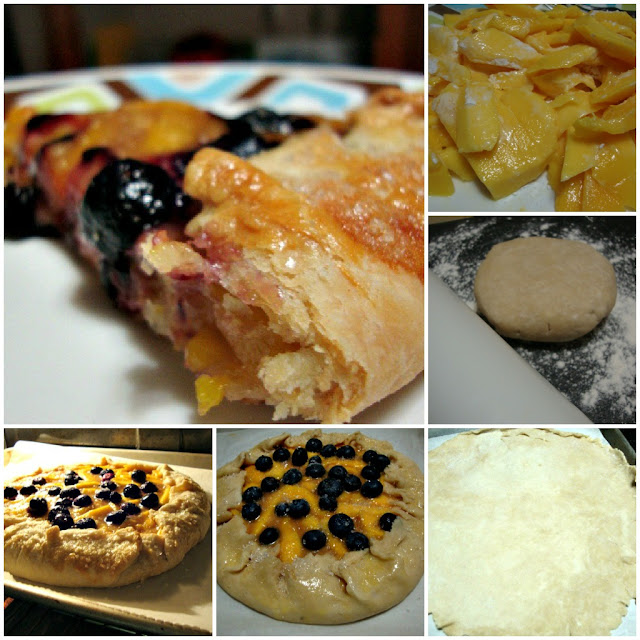 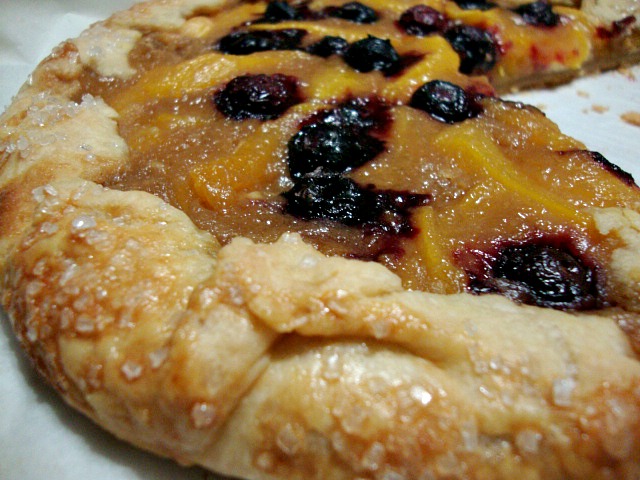 Method:
Melt butter and brown sugar in a non-stick pan
Add peaches and lemon juice and simmer until soft
Remove from heat and toss in the cubed mango
Allow to cool before assembling the crostata
Roll out the dough and spread softened cream cheese from the center out
Spread the prepared peach and mango filling leaving an inch and a half border for folding
Fold the edges like pleats. Brush with egg wash and sprinkle with sugar crystals
Bake in a parchment lined baking sheet for 35-40 minutes or until light golden brown. 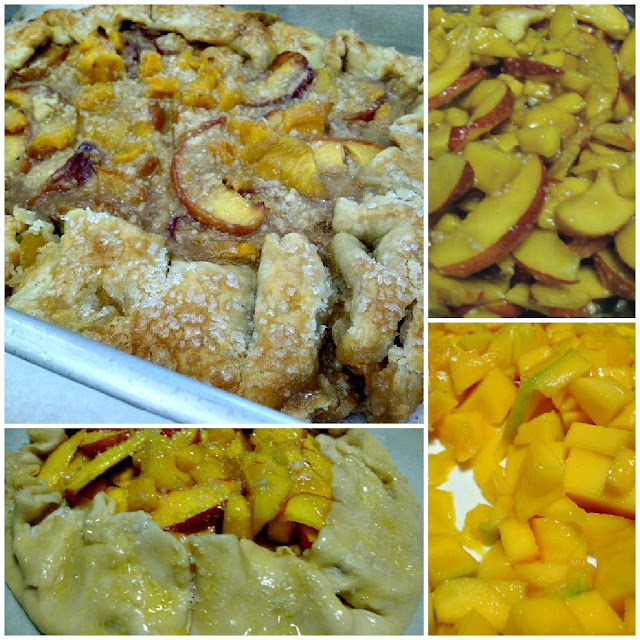 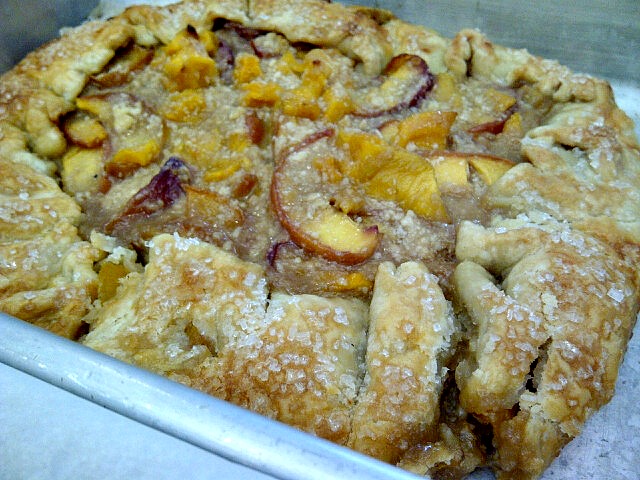 Melt butter and sugar in a saucepan over medium high heat
Add the apples and lemon juice and cook until soft
Remove from heat and allow to cool before assembly
Roll out dough and spread filling leaving just about an inch and a half border for folding
Fold the edges, brush with milk then sprinkle with sugar crystals and some on the filling too
Bake in a parchment line baking sheet for 40 minutes at 375 degrees F
Top with quartered baby brie when done (they soften fast so I prefer adding it just before serving) 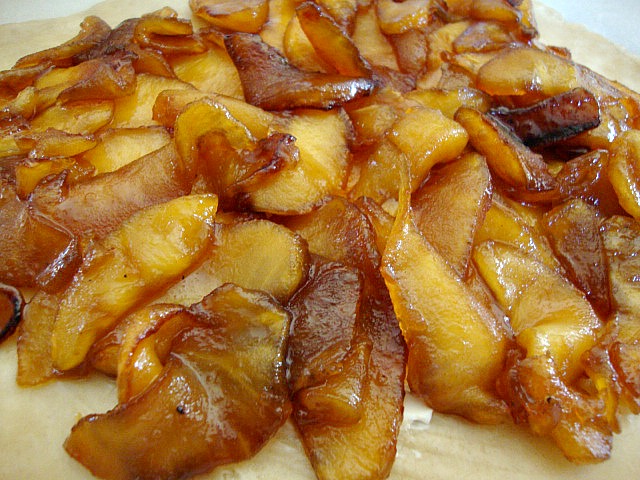 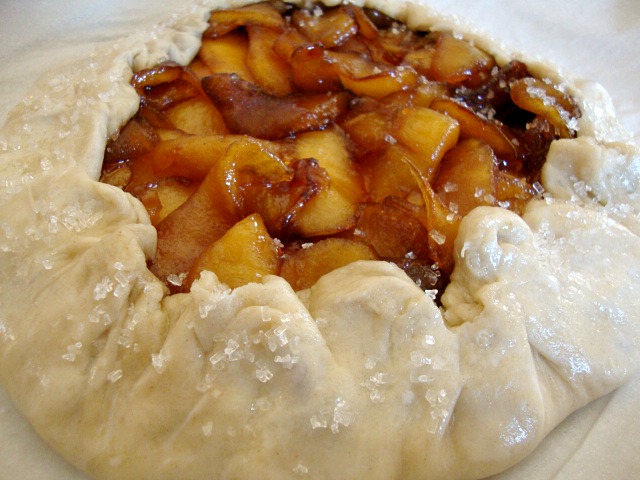 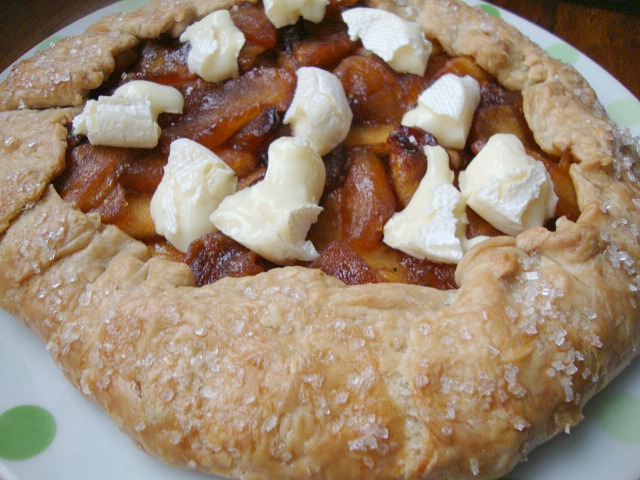 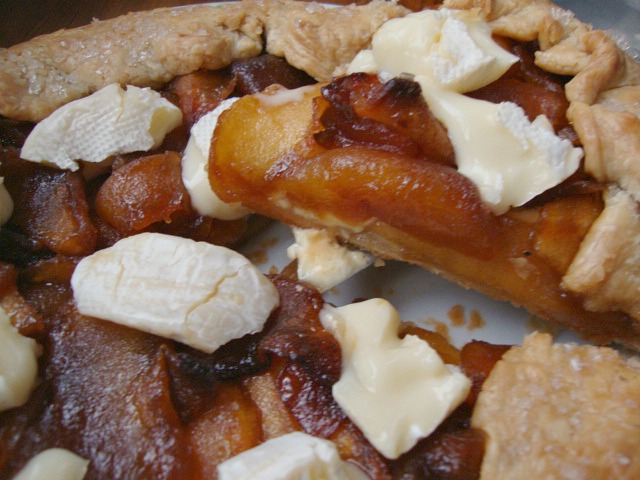 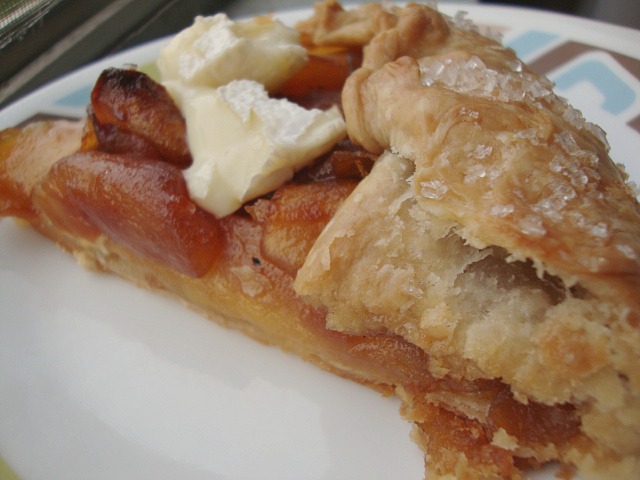 I prefer cooking peaches and apples until they're a bit soft before using for filling
I love spreading softened cream cheese on the dough before topping with fruits- it adds creaminess and helps thicken the juices from the fruits although cornstarch must be used too.
Email Post
Labels: Apples Crostata Fig Galette Mango