Like I said, I don't think I'm done with gelatos. Not when new flavor ideas keep popping in my mind.

I initially thought about making Ovaltine ice cream to share with Claudia since both of us love Ovaltine- you know, like K loves pasta; Lola loves Jell-O and panna cotta; M loves coffee cakes; E loves my lasagna; Jen loves Nutella and chocolate; Michelle loves angel food cake etc… etc...I automatically think of someone when I want to make something.

I remember consuming pure Ovaltine during my childhood secretly--- yes, without milk or water and as a child, it tasted like heaven! Another favorite Ovaltine moment I recall as a kid with my cousin is dunking our buttered toasts in hot Ovaltine with milk. It is so yummy we could down half a loaf of bread in one sitting. I think all of us have some fond Ovaltine memories to share --- who doesn’t love Ovaltine anyway? What's your favorite Ovaltine moment?

And with my little success with my gelatos, I thought I'd just make an Ovaltine one because it is easier to make than regular ice cream. Frankly, I'm a little bit concerned about icicles forming in my ice cream which never happened when I made my gelatos. Let me just say that I'm more confident with slow churned gelato than regular ice cream. I still have to figure out how to avoid the formation of icicles. Hmmm let me rephrase that- I actually have an idea how to avoid it but it is another tedious task so scrap that for now.

So gelato it is but I was wondering how I could prevent Ovaltine powder from melting if I want to add some after I've churned the gelato for texture and more Ovaltine-y flavor. It seems impossible so I have to think of something to add but I don't want chocolate chips or nuts or marshmallows because that would be like making rocky road. I even thought of just folding Ovalteenies (they're like Ovaltine tablets available in Filipino stores) but they're kinda hard. I need something with crunch but brittle and that will hold its own even when frozen. And then I remember Whoppers malted chocolate balls which I've used before in my cupcakes. That will work! And that's how my Chocolate Malt Gelato came to be. I decided on the name because I don't want to give all the glory to Ovaltine. The crushed Whopper malted balls made the gelato over the top!

The procedure involves making a custard base- (told you, anything custard rocks) with Ovaltine milk mixed instead of pure milk. It is the only difficult part if you may consider it so. Then refrigerate the chocolate custard mix overnight, churn at slow the next day and add the crushed Whoppers towards the end of churning time.

Here's how I made it - not that different from my custard base in the past except for the Ovaltine part.

Preparation:
1. Cream together egg yolks and sugar until thick and pale yellow. Set aside. 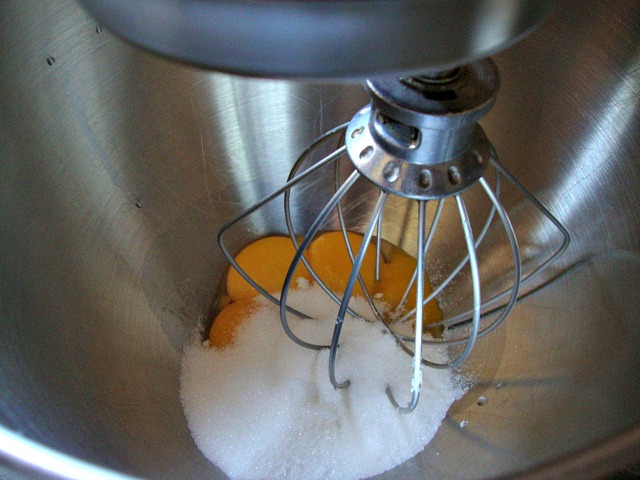 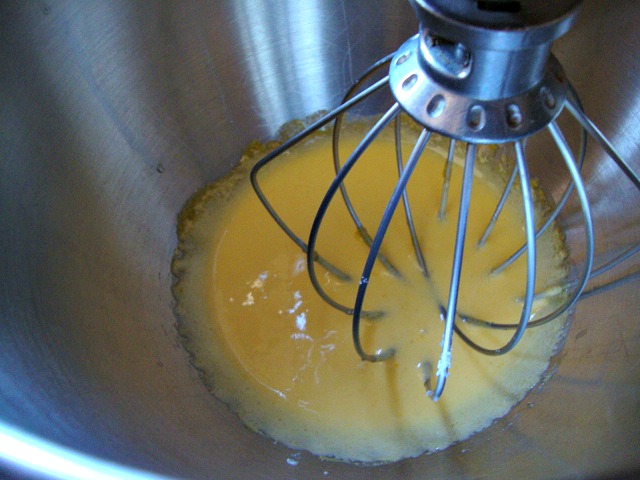 2. Combine milk and Ovaltine powder in a sauce pan and bring to a simmer, stirring occasionally. 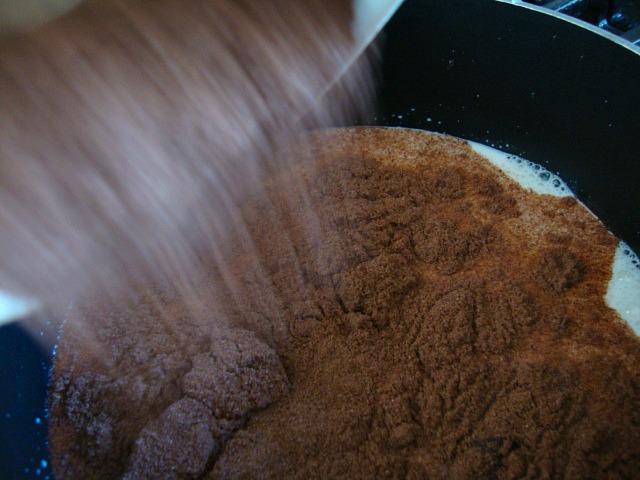 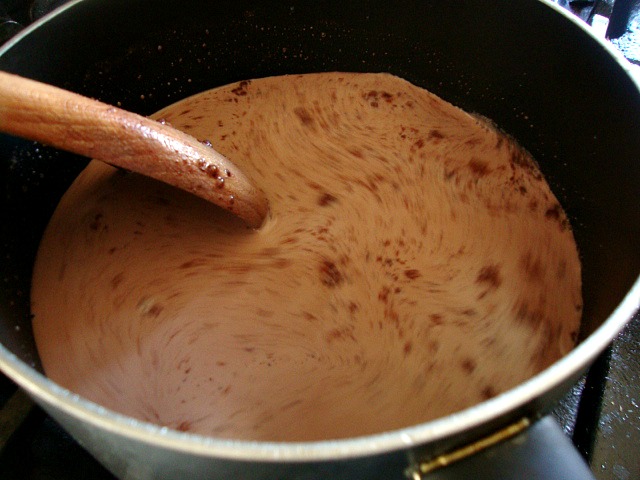 3. Remove from the heat when it starts to simmer and allow to cool a little bit. Turn the mixer on and begin adding the chocolate milk to the egg mixture very slowly and gradually- about half a cup at a time lest it becomes chocolate scrambled eggs. 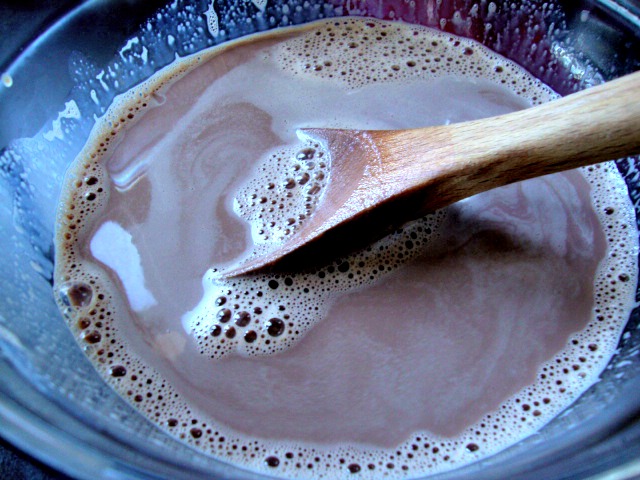 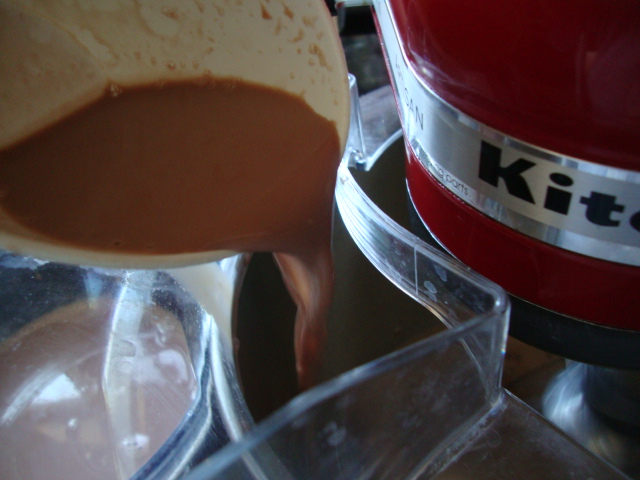 Pour the mixture back into the saucepan after all the chocolate milk is mixed with the eggs and return it to medium-low heat. 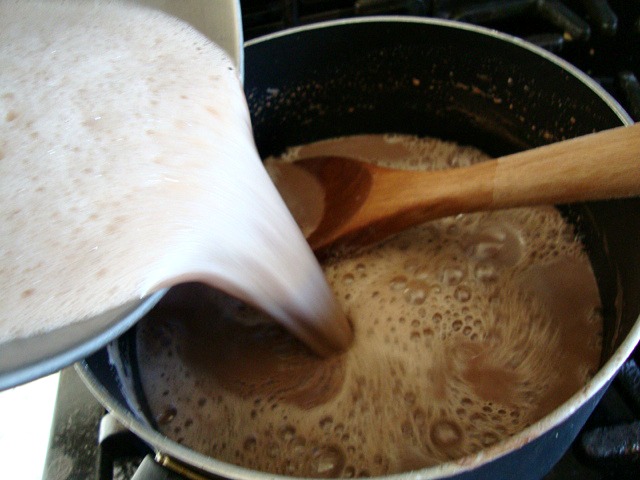 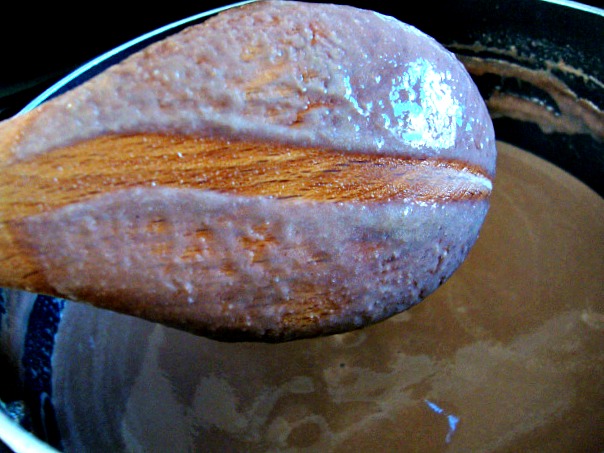 Pour the mixture through a fine sieve into another bowl and let it cool for a few minutes before adding the remaining half and half. 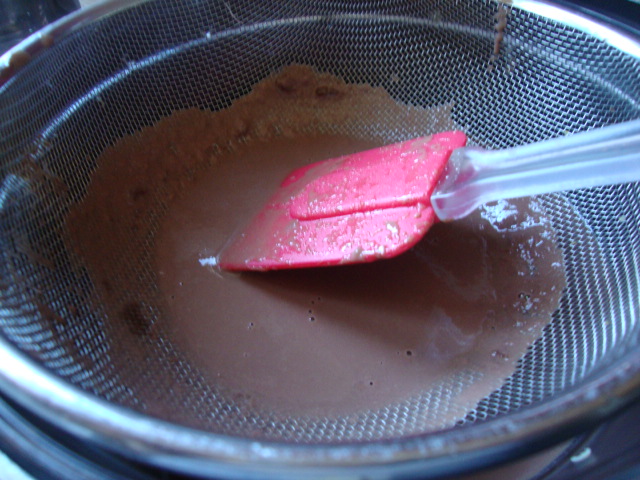 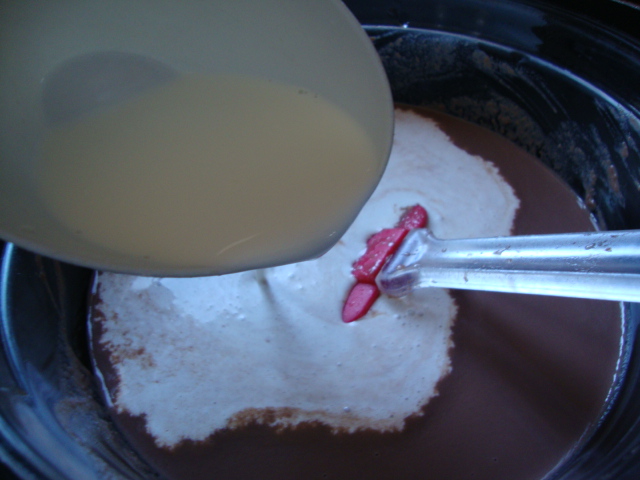 Cool the custard completely and cover with plastic wrap. Refrigerate for several hours or overnight. Pour the chocolate custard mix into the ice cream maker and churn on low. 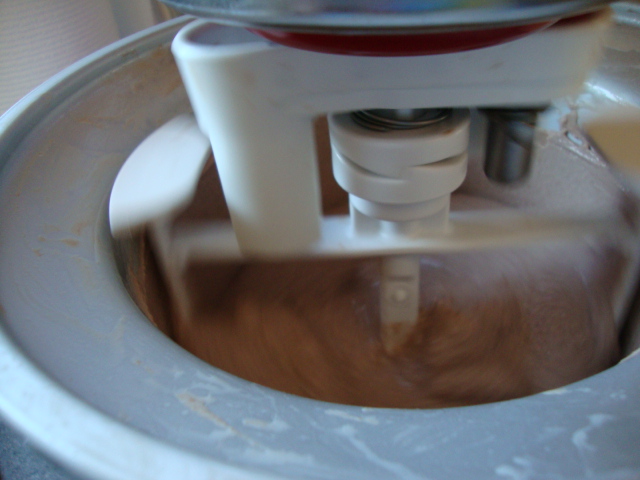 Meanwhile, place malted balls in a Ziploc bag and lightly pound/crush with a mallet- set aside 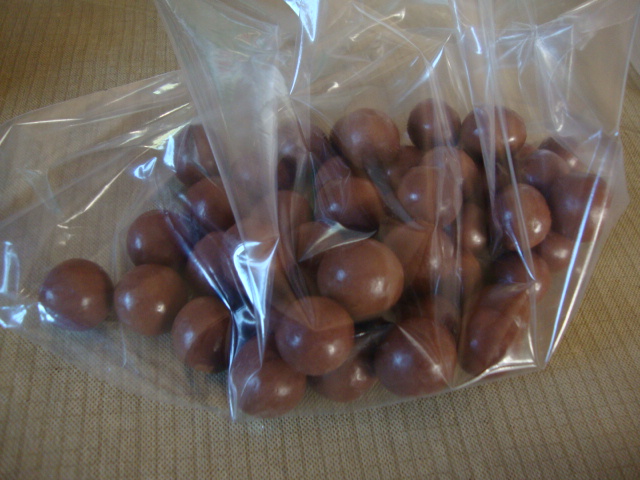 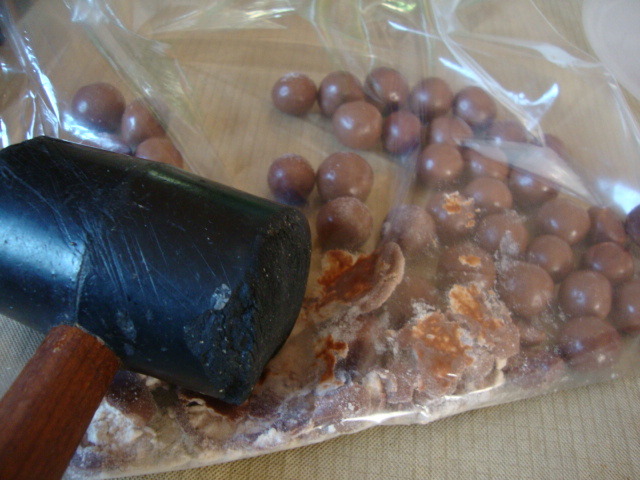 When the gelato is almost done, add the crushed malted balls and stir for a few minutes. 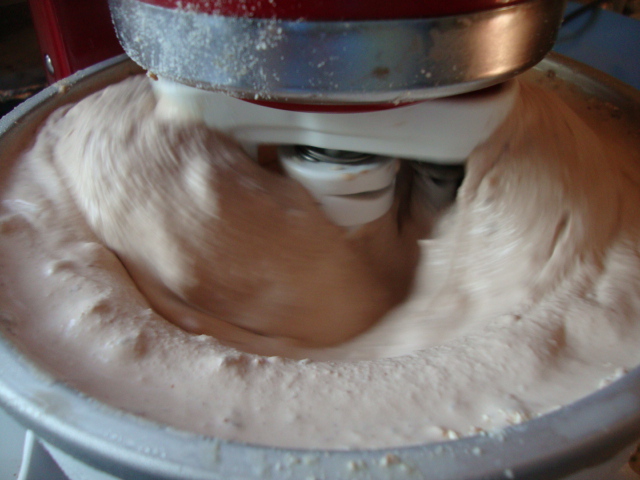 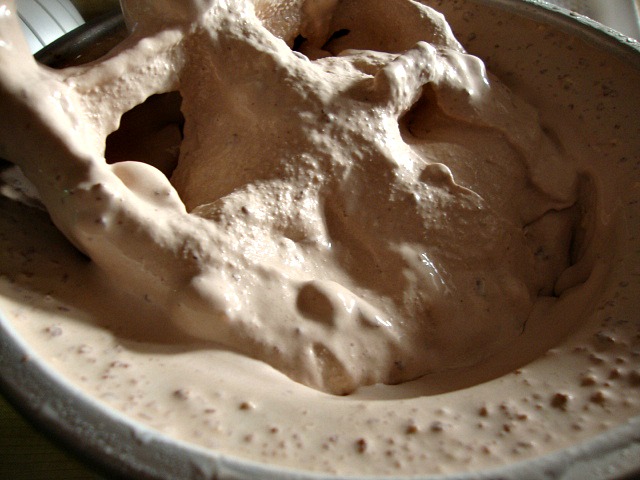 As usual, serve it immediately as you please or freeze for two hours for a firmer consistency. 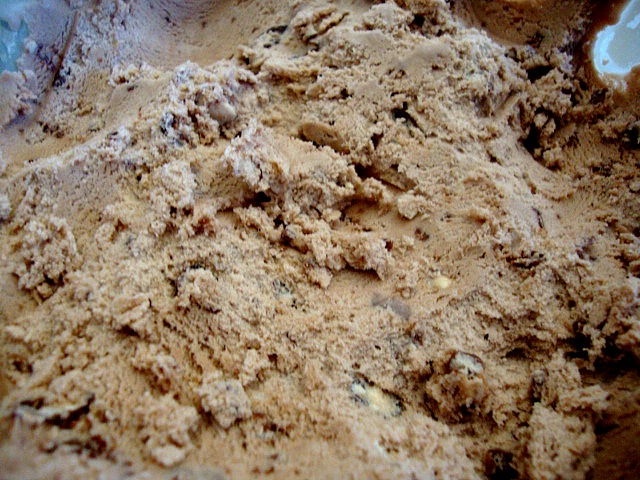 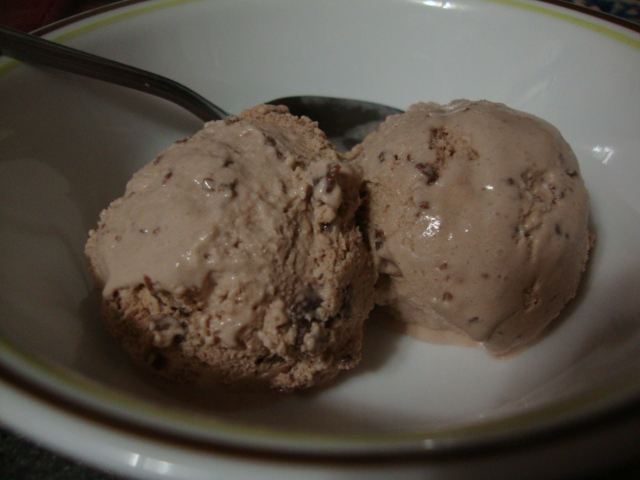 You can fold in more crushed malted balls into the gelato while still soft- or serve it with a sprinkle of Ovaltine powder and halved Whoppers. 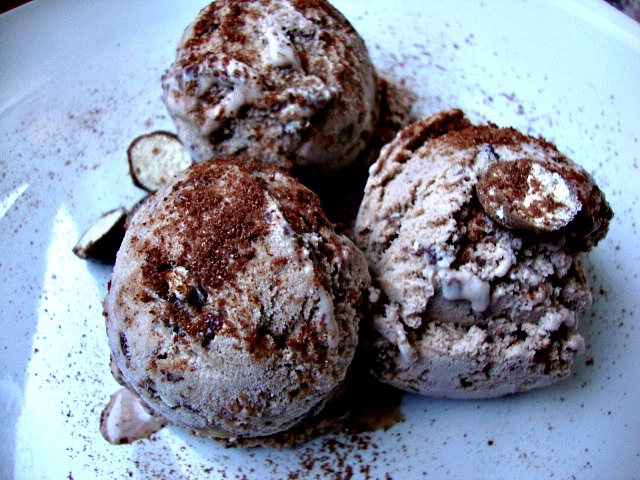