I've been craving for zeppole for almost a week. They're so easy to make, just like pancakes or waffles but I had to wait till weekend because I had to make other stuff for my friends at work first- I mean during the week. I made lemon cake flan last Wednesday- lemon sponge cake topped with cheesecake flan. I don't have a rectangular platter so it kind of cracked in the middle when I flipped/transferred it to a round platter as big as it is or so I thought :-(

For Thursday is the supposedly original chocolate version but I had a little booboo so it turned out as something else and I just named it "accidental chocolate cake pudding". Just imagine my cake flan with the flan failing to separate from the sponge cake so it was a moist sponge cake tasting like flan at the same time with a bread pudding consistency. But it was delicious. And that's another way to make chocolate cake pudding :-)- one more recipe to my collection. 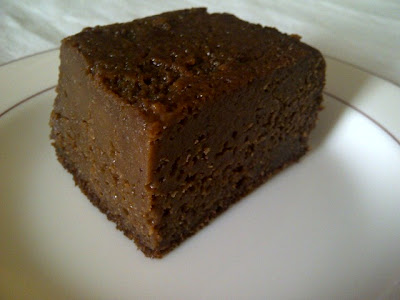 With the cake flans out of the way, I could hardly wait to get home so I can make my zeppole. If I can only mentally will the cream cheese and eggs to get out of the fridge on to the table so they'll be at room temp by the time I get home was my silly wish while driving ha ha.

Anyway, it wasn't that hard to cheat a little to speed things up. I dipped the eggs in warm water for a couple of minutes before cracking them up and I used soft cream cheese instead of the Philly one. 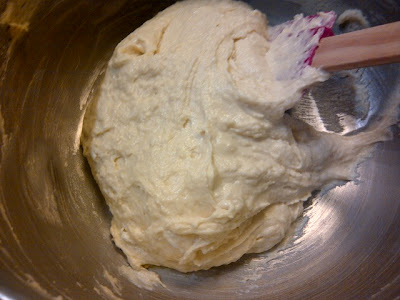 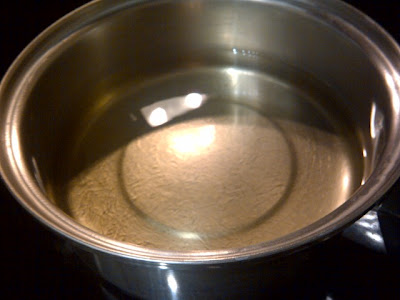 I was working like a mad woman with mad craving I had to sink my teeth into those soft and cheesy balls of goodness a.s.a.p. I heated my oil on medium low heat so as not to burn it while I'm working on my dough which didn't take long. Frying can't the rushed or risk these babies burnt on the outside and still gooey inside. 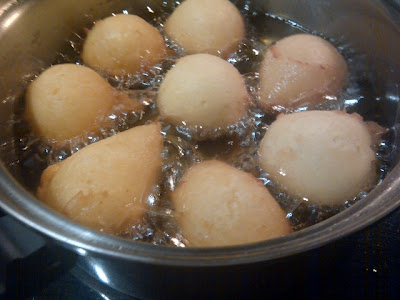 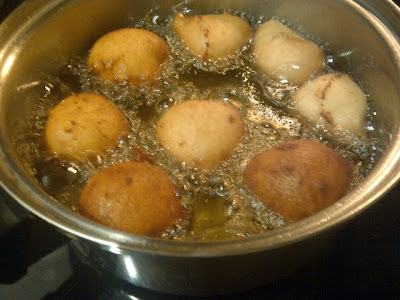 What a difference an ice cream scoop makes on the shape of the zeppole. They were ugly when I first made them at work when I just dropped them in oil using a plastic spoon. Now they're round as balls should be. The next step is draining them in paper towels then check if they're cooked through. 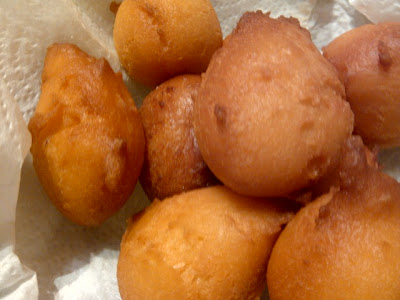 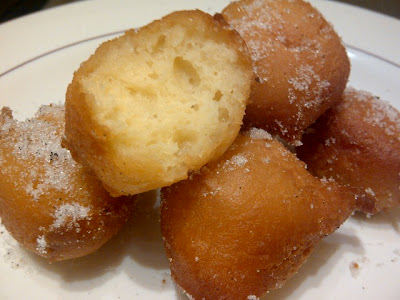 And for the final act - plating and sampling. I have three ways to serve them and I tried each one. 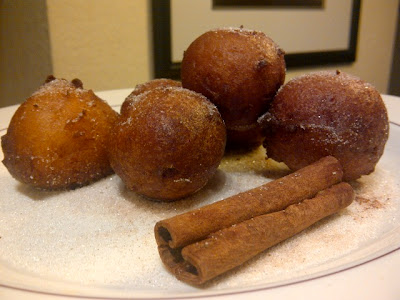 Just a shower of granulated sugar mixed with ground cinnamon 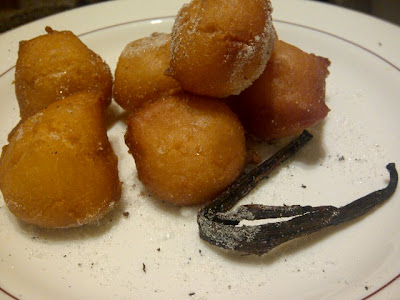 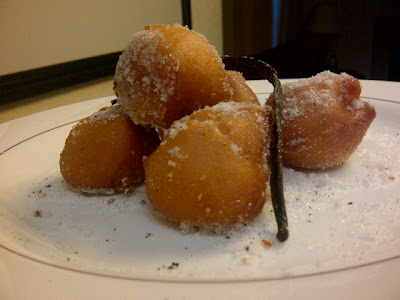 It is simply Madagascar vanilla bean pod which I saved after the paste is scraped off, put in a jar with granulated sugar. I wish I used a better camera to capture the little specks of vanilla in the sugar. It is so fragrant and delicious.

And the last one and my favorite- with blackberry sauce 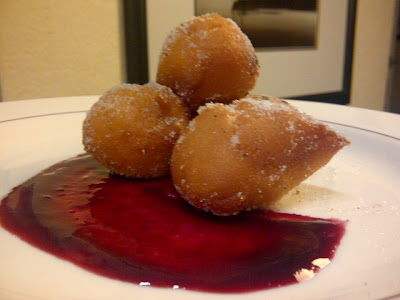 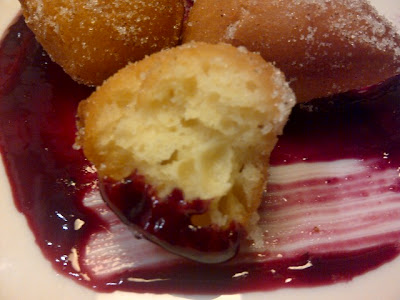 On the sauce I cheated too and used TJ's blackberry preserves which I just whisked with a fork- no need to nuke it and voila ... blackberry sauce! Need I tell you how my zeppole tasted? 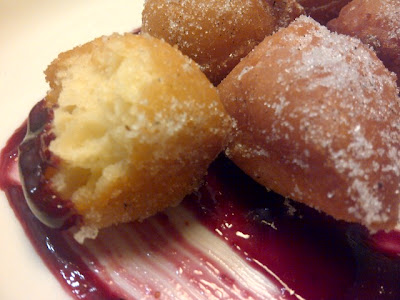