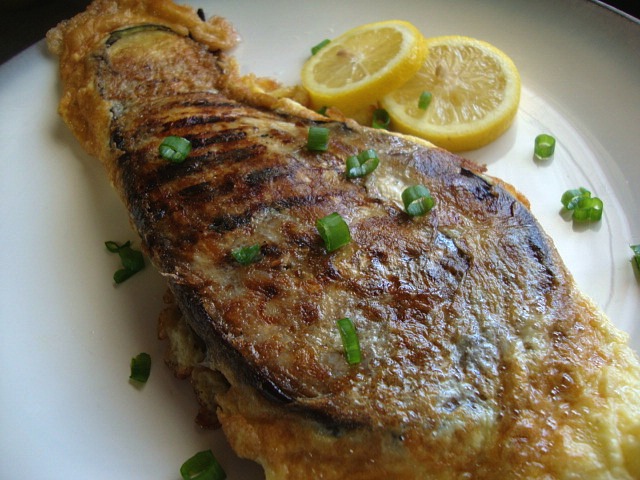 Have I told you I love eggplant? I love it boiled, grilled, fried, baked, as a salad, an appetizer, main course - whatever. There are so many things you can do with it even as it is already tasty albeit prepared simply. Today I made it into omelet with ground turkey, red onion and tomatoes. I want to avoid too much oil so I pan-grilled it first and cooked the turkey separately before making it into an omelet. I must say the eggplant carried the ground turkey in its back in terms of flavor. Eggplant, red onion and tomatoes are enough to make an outstanding omelet- the ground turkey was a last-minute addition which didn't make any difference. What I'm actually trying to say is that even a meatless eggplant omelet rocks so you can still make this dish without ground turkey or any meat for that matter.

Grill the eggplant slices till tender, set aside
Beat the eggs and season with a tsp of garlic salt
Brown ground turkey in a skillet over medium high heat
Add the red onion and tomatoes and allow to render its juices
Add sea salt and ground pepper
Occasionally toss together until the onion is cooked and tomatoes are wilted
Scoop the mixture and transfer to a bowl
Rinse the pan and heat with oil enough to coat the bottom
Pour 1/3 cup beaten egg into the pan
Tilt the pan to let the mix spread evenly into the pan
Place a slice of eggplant in the center of the egg
Top with two tablespoons of turkey mix on top
Fold both sides of the omelet then flip
Let cook for a minute before sliding into a serving plate
Serve with ketchup or soy sauce with lemon juice over steamed white rice 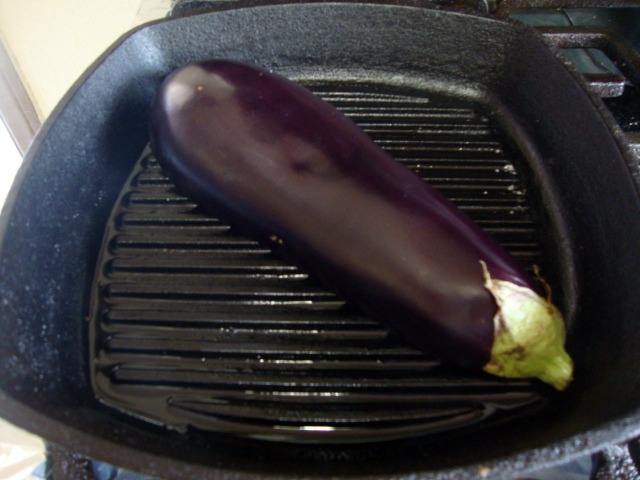 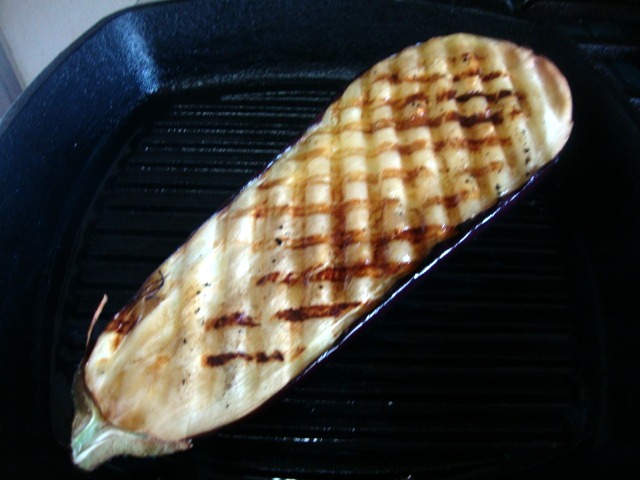 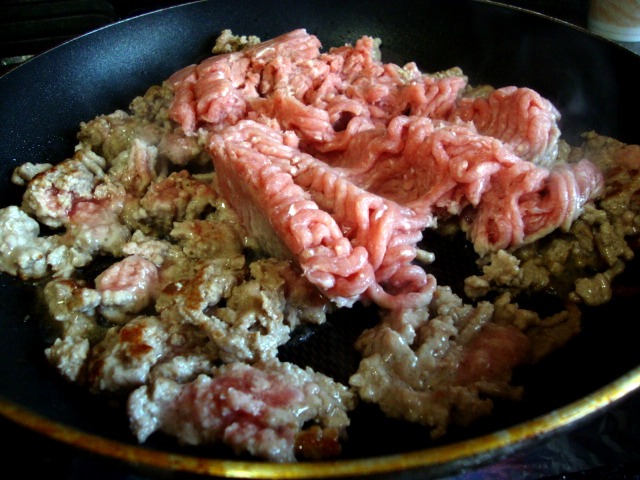 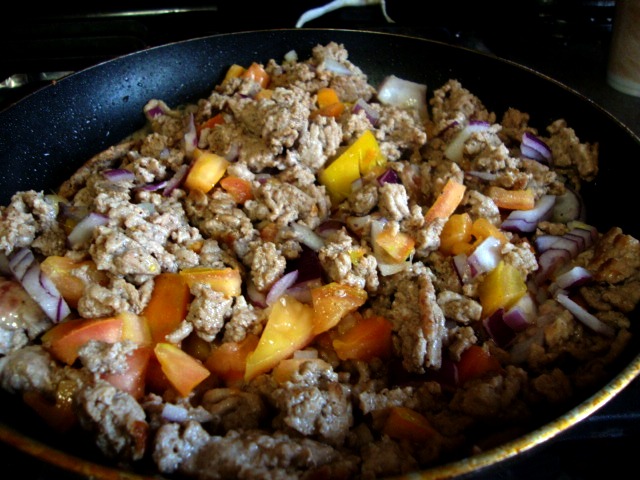 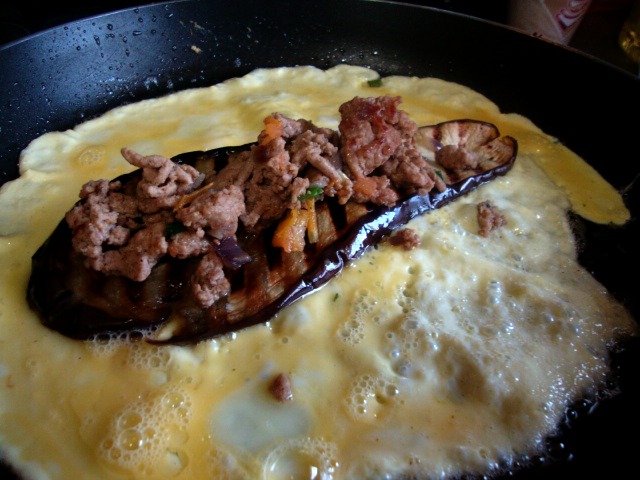 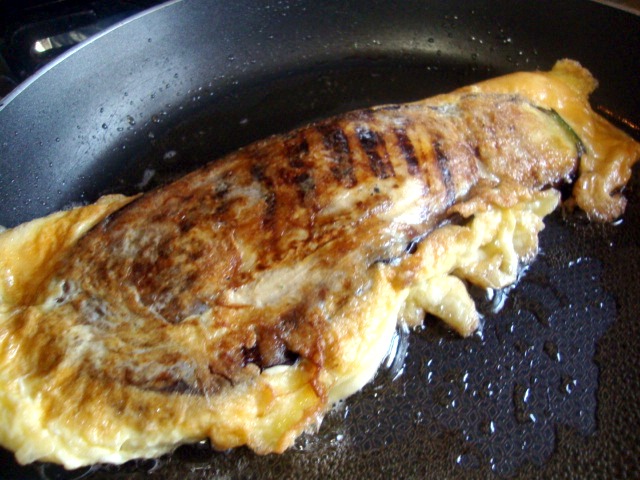 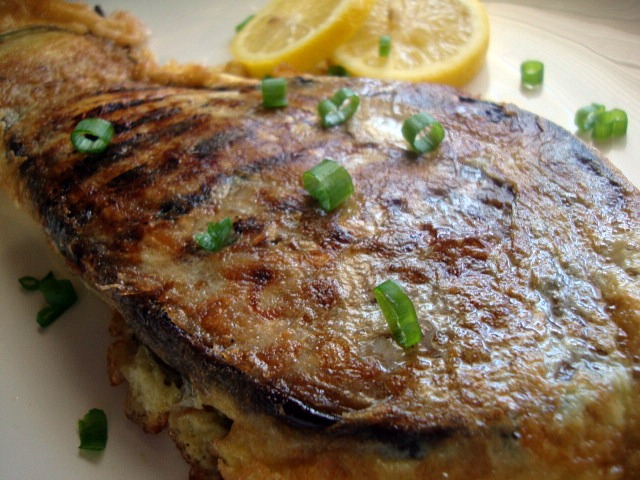