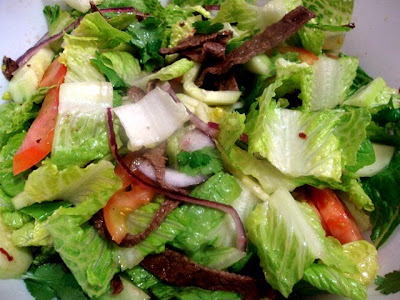 It's as if eating this two days in a row at work is not enough that I had to make this for lunch today. An old friend gave me the recipe for this salad years ago but I haven't made it for ages. The only change I made is using clod steak instead of ranchera. For some reason, the latter is not as tender as I want it to be to think it is more pricey than the first. I could eat this salad everyday and not get tired of it. I love the refreshing taste from the lime-fish sauce dressing which marries perfectly with the cucumbers, tomatoes, Romaine lettuce and cilantro. I actually drink the juice which settles at the bottom of the bowl after I've finished all the veggies. Soo good! My pictures didn't do justice to the salad though. 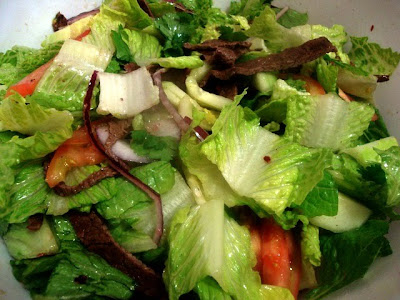 Grill steaks 3-4 minutes on each side, slice into strips and set aside
Place all the vegetables in a big mixing or salad bowl
Whisk together lime juice, pepper flakes and fish sauce and pour over vegetables, tossing gently
Top with sliced grilled steak
Sprinkle with more chopped cilantro
Enjoy 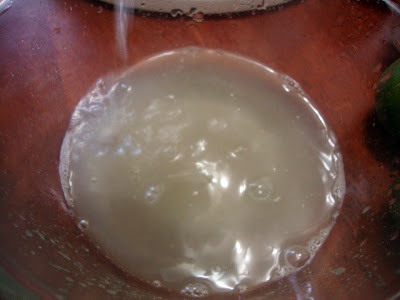 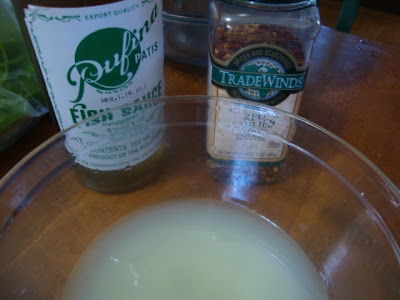 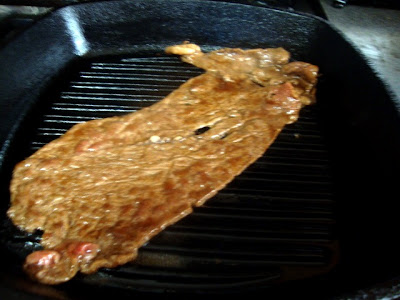 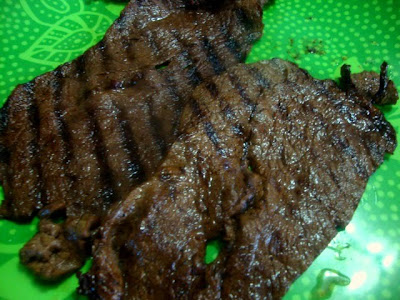 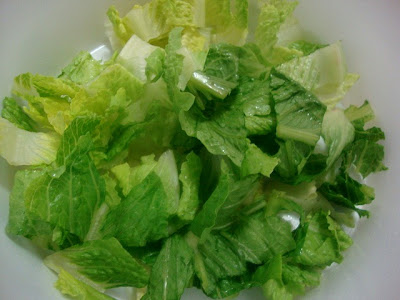 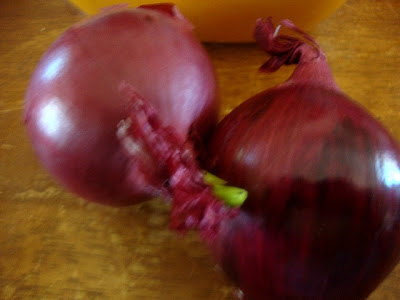 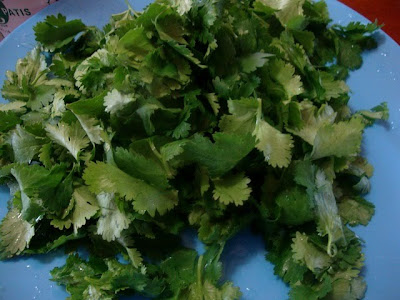 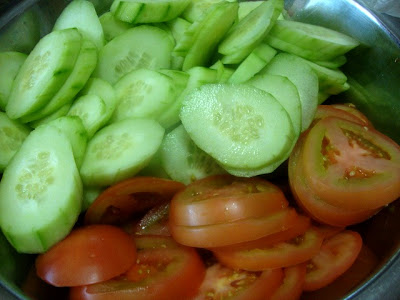 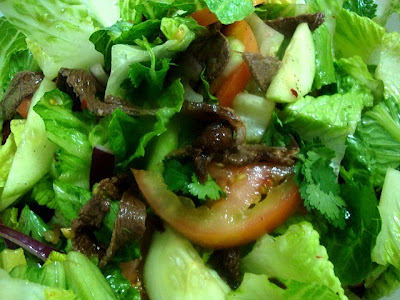