Ending the day on a sweet note

My homeboys have an uncanny way of spoiling my day 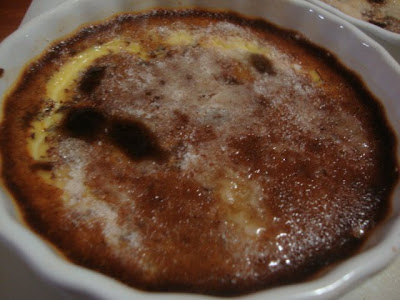 I refuse to give in to superstition but I was in the kitchen most of the time while my homeboys are playing crappy basketball. I just conceded to the fact that they lost because only two guys showed up on the court. So I made Nutella Crème Brûlée to wash away the bitter taste in my mouth.

I halved the sugar content and opted to stir a tablespoon of Nutella in each ramekin instead of outright adding it to the custard mix. I prefer to have a swirl-like effect with the Nutella sort of separated from the custard and just a little sugar on top for the crust. Half and half replaced heavy cream but I still used my prized Madagascar vanilla bean. BTW, I still don't have a torch so I used my broiler to burn the tops. It is delicious but not cloying and I almost forgot my homeboys lost. Here's how I made it.

3 cups half and half
half a vanilla bean
6 extra large egg yolks
1/3 cup sugar and more for topping
Nutella spread, room temperature

In a medium bowl, whisk together 1/3 cup sugar and the egg yolks until well blended and it just starts to lighten in color. Add the cream a little at a time, stirring continuously. Pour the custard mix into 4 ramekins. Stir in a tablespoon of Nutella into each ramekin. Place the ramekins into a large cake pan or roasting pan. Pour enough hot water into the pan to come halfway up the sides of the ramekins. Bake just until the Crème Brûlée, is set, but still trembling in the center, approximately 40 to 45 minutes. Remove the ramekins from the roasting pan and refrigerate for 2 hours
Remove the crème brûlée from the refrigerator for at least 30 minutes prior to browning the sugar on top. Sprinkle remaining sugar equally among the ramekins and spread evenly on top.
Preheat broiler and place custards on baking sheet. Broil until sugar melts and caramelizes, turning sheet for even browning. Serve immediately, or refrigerate custards until topping is cold and brittle, about an hour or two. Enjoy! 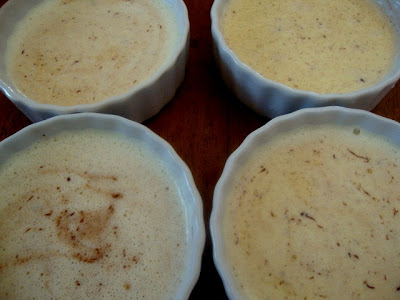 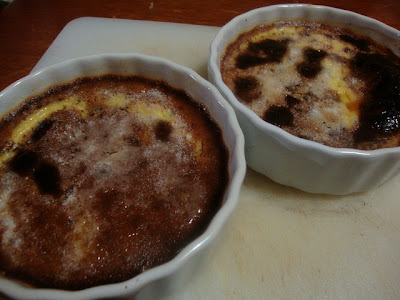 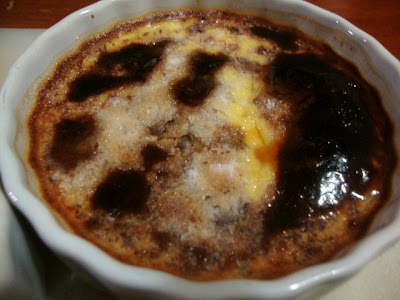 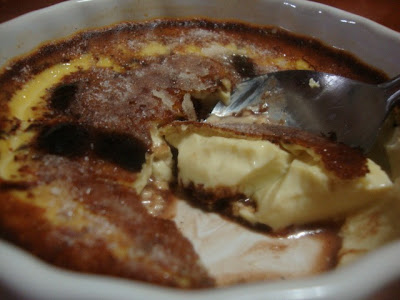 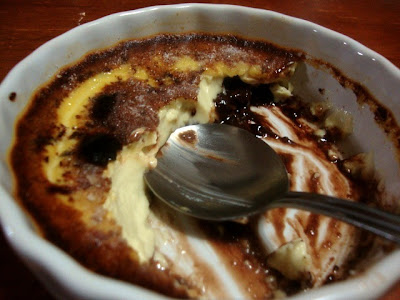