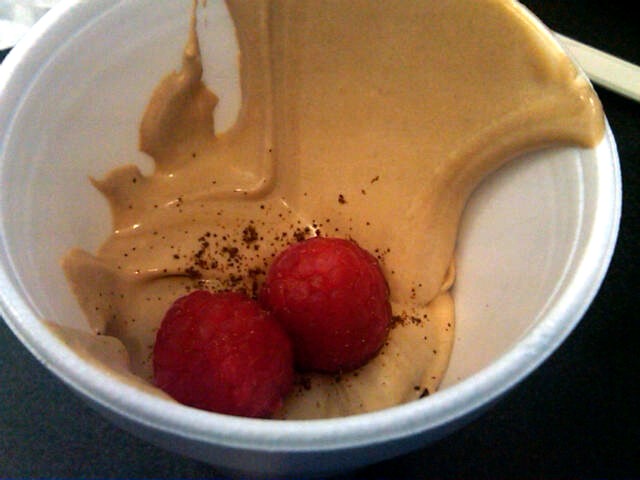 If I am to grade a dessert mousse, it will be broken down to taste, texture and sweetness. It has to be that way and without any regard to the aesthetic side or to put it simply- presenting it in a nice ramekin or shapely goblet- especially when at work where we only have disposable everything. Not unless we bring something ourselves. Anyway, Marilyn forgot to make her Nutella-Sour Cream Mousse because of a dog problem- yeah, her baby is top priority even as she proudly and confidently announced to me that she will make it for us for Friday lunch. She did bring all the ingredients and the necessary gadgets and I ended up making it. I had a feeling somehow that it will end up that way- me doing it :-) 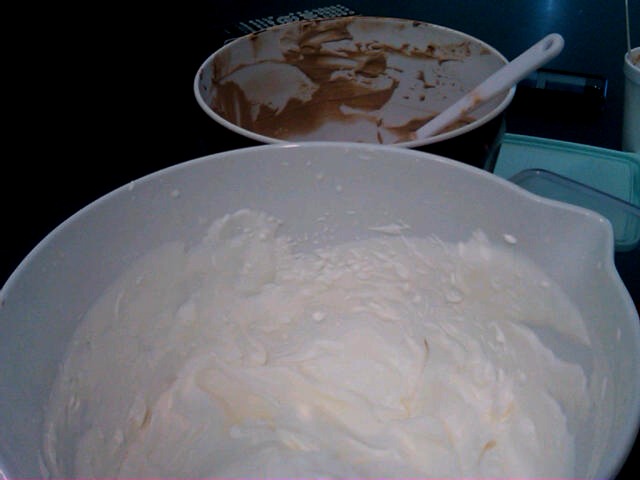 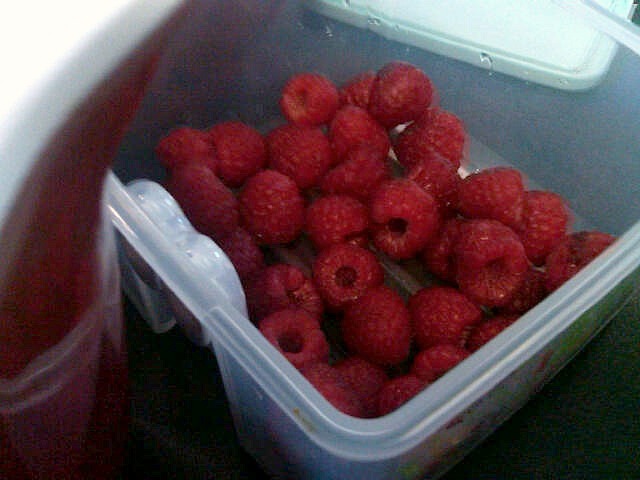 I have to post this to share for people who prefer a healthier dessert mousse. I just didn't have time to take pictures of everything and I did not even see her actual recipe so I just eyeballed everything and made adjustments while tasting. I used:

With a hand mixer, beat heavy cream with confectioner’s sugar until stiff, chill while doing the next step
Whisk together the Nutella spread, instant coffee and sour cream until creamy and smooth
Fold in the whipped cream and chill until firm. You can put it in the freezer so blast chilling it in a way
Serve with a sprinkle of instant coffee and fresh raspberries on top
Enjoy

Now on the task of grading it, it is really delicious and refreshing. Not heavy although I would prefer using cream cheese over sour cream for thicker texture. I know I will be making it at home so I can present it more nicely- with mint leaves and grated dark chocolate on top perhaps. But don’t be fooled by the picture. It is yummy! The key is the fresh and sweet raspberries and it helps too that it is perfectly sweet; meaning not too much so it goes well with the soft texture. We put the left over in the freezer with the intention of firming it a little bit but forgot all about it so it was like eating gelato or a Häagen-Dazs cream bar. It is so good! And so to sum it up, I have accomplished sweetness or the right amount of it and the taste according to those who ate it. The texture will be when I make it with something else and tweak it a little more and that will be another post.
Email Post
Labels: Desserts Mousse