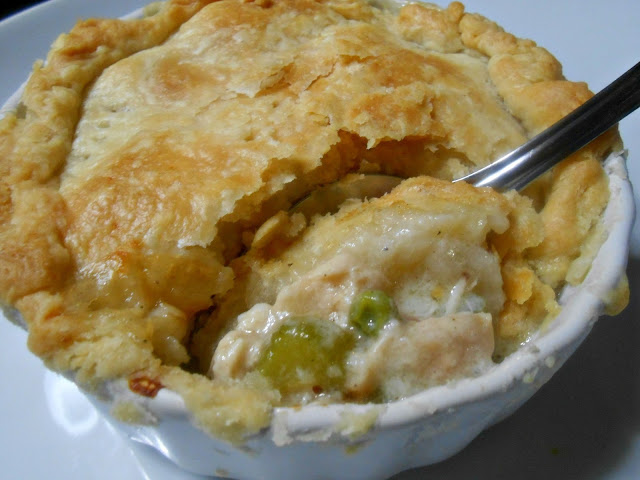 Chunky chicken and veggies in creamy white sauce encased in a flaky crust- who can resist this homemade chicken pot pie?  Certainly not my best friend who was sick just recently and all he could talk about is the KFC chicken pot pie commercial he sees on TV.  I tried to talk to him out of it but he won't budge.  He just wants it asap just to ease the craving and then he'll just get the real deal when I get the chance to make it so he told me.  Of course he won only because he's sick and we have to cater to sick people.  He got his wish and had his KFC pot pie- yeah, even as the mere thought of buying it is outright blasphemy for me.

You know it's my mission to make or cook as much as I could using basic ingredients.  It gives me pleasure when I'm able to make something from scratch and successfully at that.  So I started my project "Feed the sick" and started with my pie crust.  This is what will make my pot pie stand out.  I used the same sour cream pastry crust recipe for my pastelitos de guayaba and pineapple-cream-cheese-turnover from my earlier posts and here's how I made the filling and the rest of the recipe: 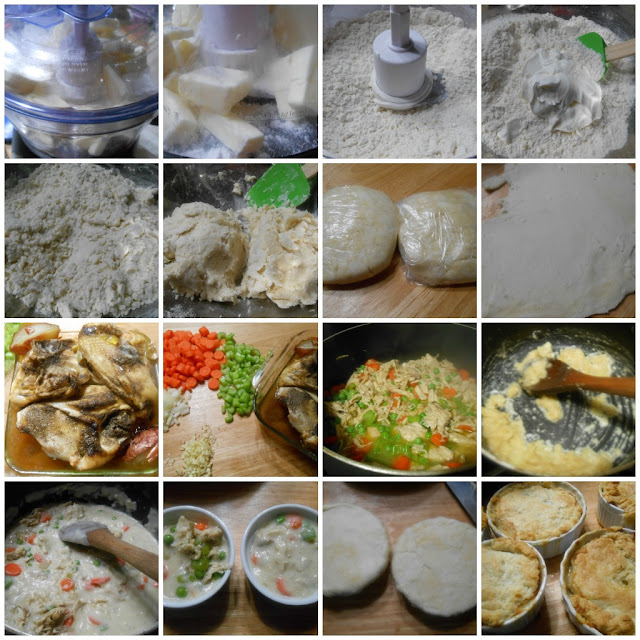 Directions:
Preheat oven into 350 degrees F
Place chicken pieces and quartered onion in a Pyrex dish with three cups water
Crumble the chicken cubes and add to the chicken
Cover with aluminum foil and bake for 30-45 minutes
Scoop from broth and transfer into another bowl; reserve the broth.  Discard quartered onion
When slightly cooled, chop into bite size
Heat vegetable or canola oil in a sauce pan
Saute onion until translucent followed by garlic.  Cook for a minute or until fragrant
Add chicken and vegetables and season with cracked black pepper
Cook for 5 minutes and no more then remove from heat
Melt butter in a sauce pan over medium high heat
Stir in flour and allow to toast a a little but not burnt
Add in reserved chicken broth and whisk until all the lumps are gone
Taste if seasoning needs to be adjusted
Stir in  veggies and half and half
Simmer for two minutes then remove from heat
Allow the filling to completely cool down before proceeding

To assemble the pie:
Roll out prepared pastry crust and cut in circles to fit the ramekins you're using.
I used individual ramekins which I filled almost to the rim
Top with the cut up crust allowing about an inch to drape down the side if preferred or just press and pinch to adhere to the side of the ramekin.  Brush with egg wash
Bake in the preheated 375 degree oven until puffed and golden
Allow to rest for 5 minutes before eating
Enjoy!

I made a whole one with the remaining crust ... me being lazy!  Ah my kitchen smells wonderful!  By the way, I asked my best friend how my chicken pot pie taste- he had two and can't stop raving about it. 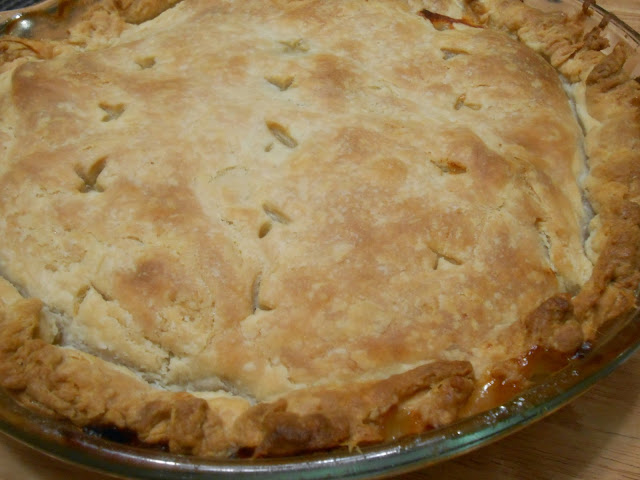 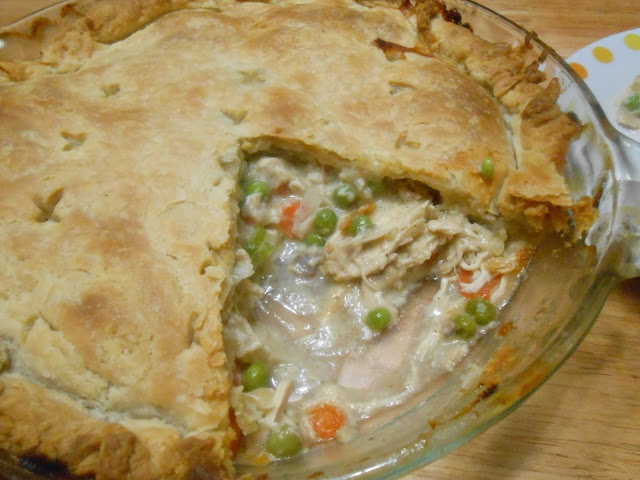 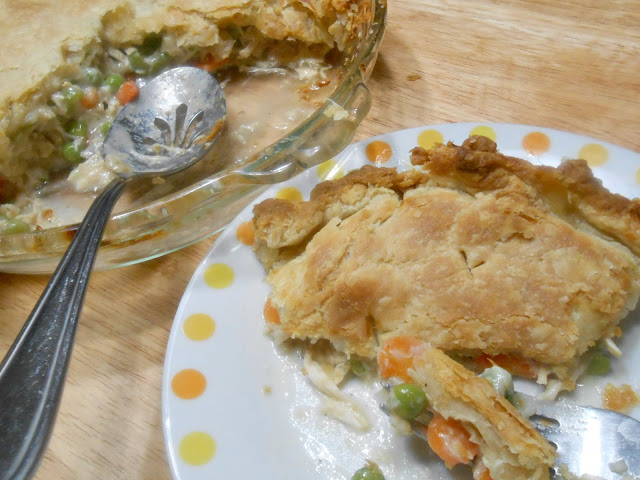