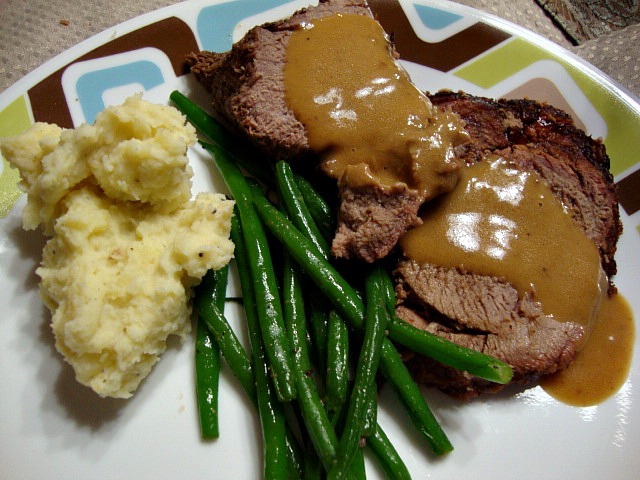 Now the truth can be told about the lamb kabobs that never was. I was about to prepare the meat when I realized it was a boneless leg cut, beautifully netted but I can see through the spiral outlines similar to a spiral ham and I thought, it will be a disgrace to cut the meat into cubes when it is meant to be sliced and which means it is supposed to be roasted and served with mashed potatoes and gravy. So back to the fridge it went and then there was only chicken on skewers.

But there was another mini rack which I roasted that day but forgot to mention. Marinated in the usual garlic, salt and pepper, olive oil, fresh rosemary and thyme and fresh lemon juice. I split the rack in two, seared in the grill pan then finished off in the oven. 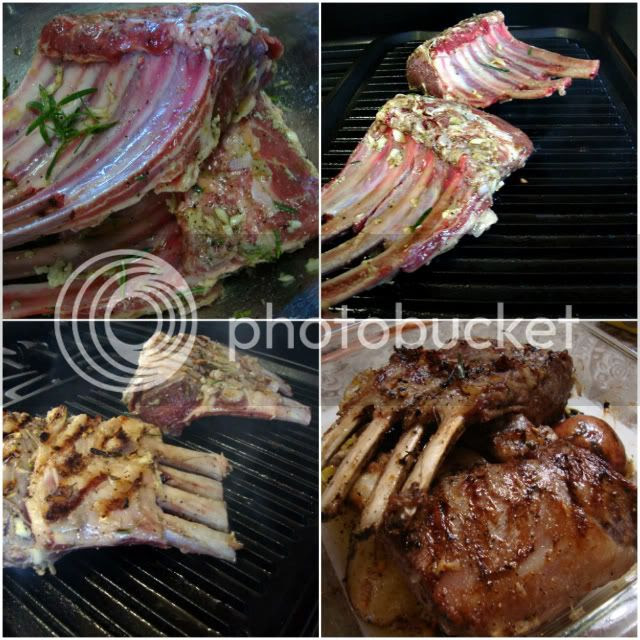 Going back to the leg, I seasoned it with the same spices and herbs but I had a hard time tying it up. I wished the netting is not made of nylon so I could have just kept it. See how ugly it is! 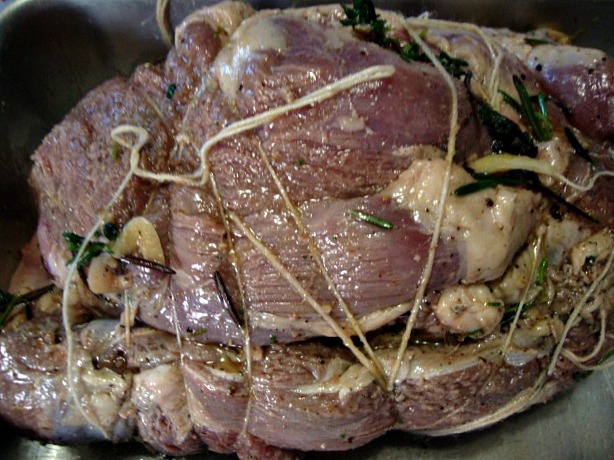 Somehow it change when I browned it in the pan 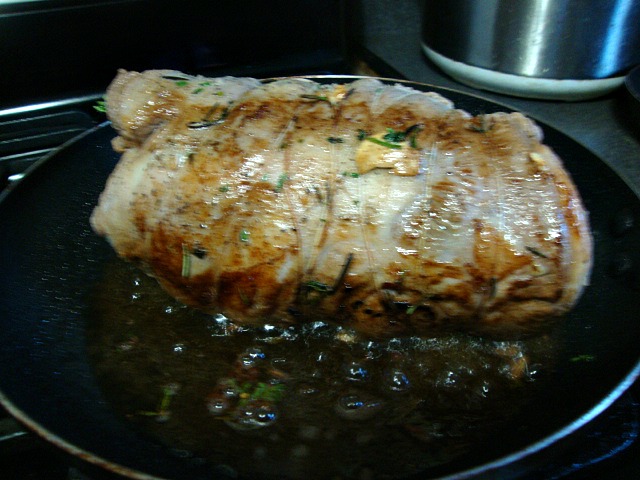 The next step is placing it on the rack with onion, carrots, celery and chicken stock at the bottom of the pan. This will make my roast juicy and more flavorful. 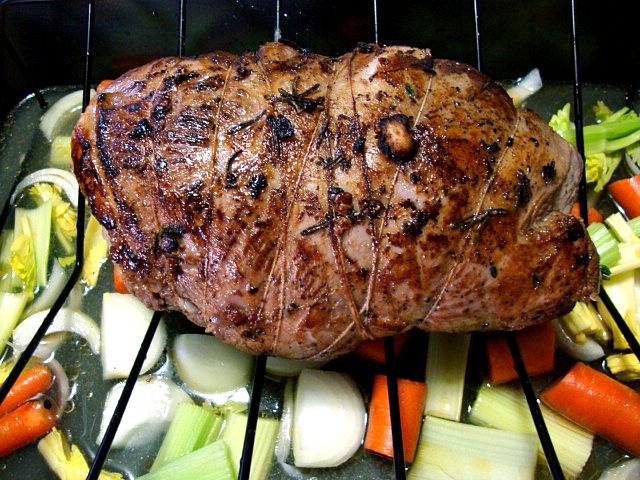 I was constantly checking the temperature and did it medium well by popular demand. Too bad I wasn't able to take pictures while doing the mashed potatoes and gravy. But here is the finished product served with haricot verts which I blanched then sauteed in a little butter, salt and pepper. 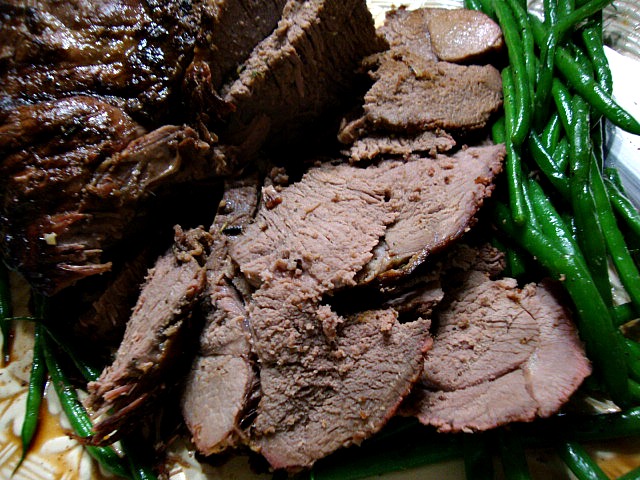 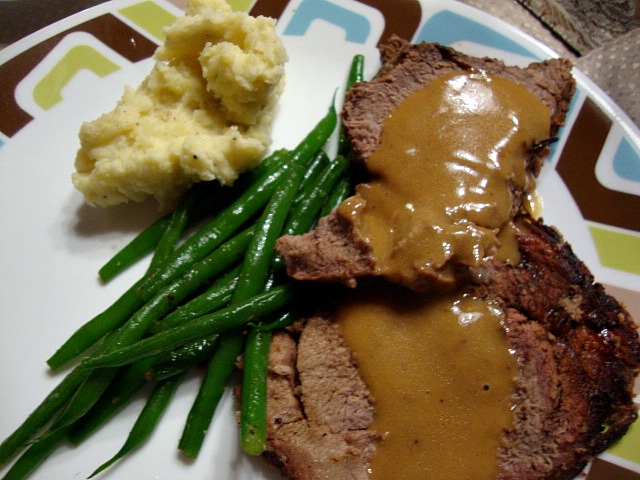 This is it for lamb- we had our fill and it will be quite sometime before we feast on the meat again. Honestly speaking, this could be quite addictive when cooked perfectly.
Email Post
Labels: Lamb Roast