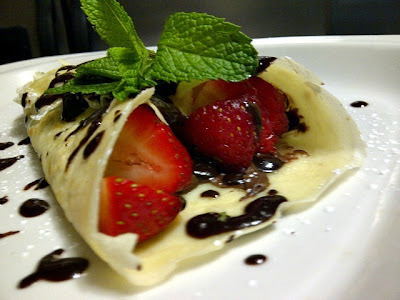 I planned to make crêpes many times after watching Alton Brown in an episode of The Best Thing I Ever Ate: Under Wraps. I even bought the pears for the sweet one and mushrooms for the savory version. Obviously, it was just a dream and remained just a plan. I’ve used the mushrooms to make another dish and the pears enjoyed in its purest and simplest form. Now the inspiration was sort of rekindled via a request from one of my readers. The timing is right because I got some nice berries from Fresh & Easy and I still have dark chocolate glaze sitting in the fridge. Nutella of course is ever present even in my car for quick and easy access.

The success of the crêpe depends on the pan and the batter itself. Thanks to Alton Brown for his recipe which I always use and so far, I never had any issue with my crêpes. I did a couple of very minor tweaks and now I am sharing my basic crêpe recipe which can be used for both sweet and savory- whatever your preference is. 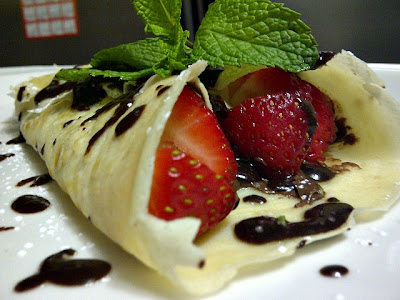 Directions:
In a blender, combine all of the ingredients and pulse for 10 seconds. Refrigerate the batter for an hour before using. Alton Brown said that the process allows the bubbles to subside so the crêpes will be less likely to tear during cooking. I see bubbles when I cook the crêpes but he is right, I hardly had a tearing incident with the crêpes.

Heat a small non-stick pan. Brush with butter to coat. Pour 1/4 cup batter into the center of the pan and swirl to spread evenly. Cook for 30 seconds and flip to cook the other side for another 10 seconds. Transfer to a platter or cutting board to cool down. Repeat the process till batter is gone. You can store the crêpes the refrigerator for future use in a Ziploc bag. 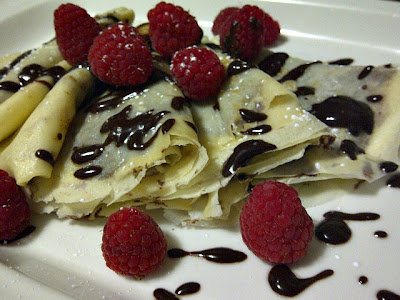 I used Nutella but ricotta cheese blended with sugar and vanilla is also an option. Of course Nutella pairs beautifully with berries, banana and other fruits. Spread about a heaping tablespoon in the middle of the crêpe, arrange the fruits on top, fold the sides on top of each other to form a triangle then sprinkle with powdered sugar. I have dark chocolate glaze in the fridge so I used it too. By the way, I did not use sugar in the batter so the sweetness comes from the Nutella and the fruits. 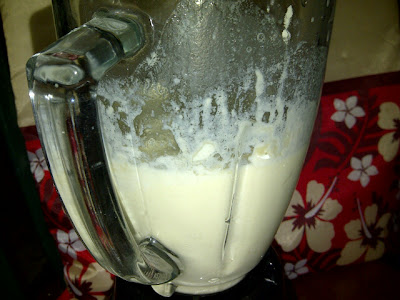 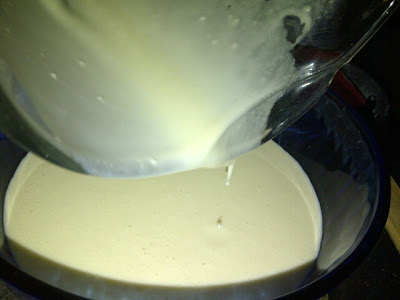 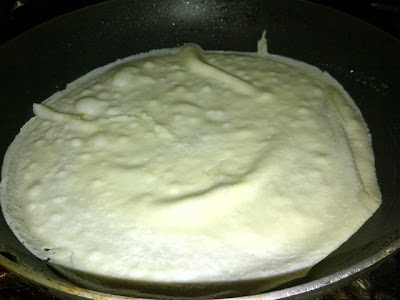 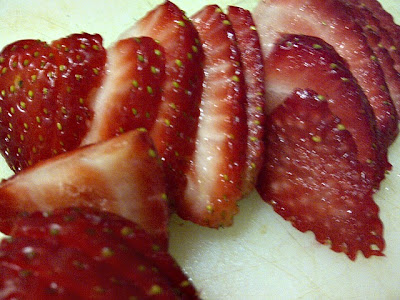 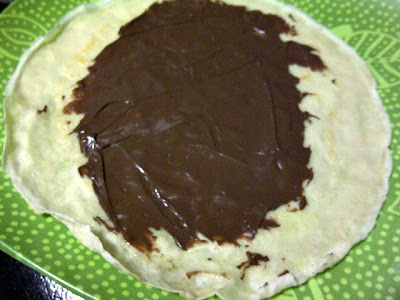 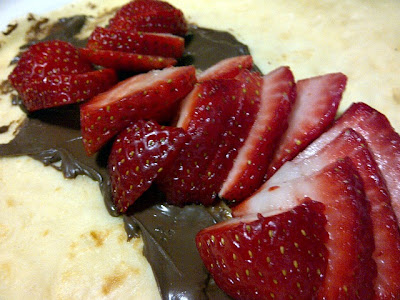 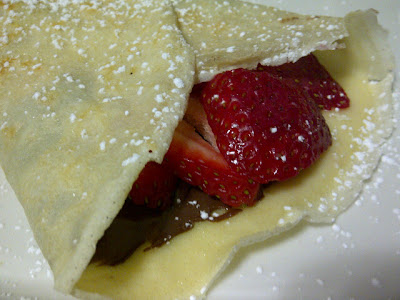 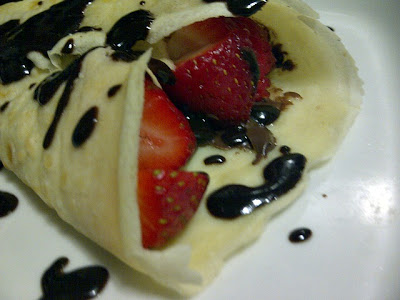 Isn't that the easiest breakfast to make? You can make the batter at night so it will be perfect next day. It doesn't matter what time of day you want it- I made these crêpes late last night and just an FYI, the batter can be stored in the fridge for 48 hours.
Email Post
Labels: Breakfast Crepes Nutella Strawberries