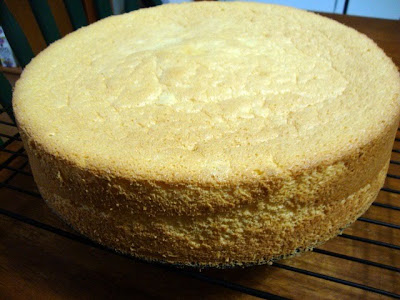 The recipe uses neither oil nor butter; hence no fat except from the egg yolks. Neither did I use a lot of sugar so strawberries are critical since the sweetness comes naturally from them. This is the sponge cake I so eagerly want to make. It is the same as the sponge cake Bobby Flay was eating in his Bobby's Ireland episode on FN which he described as traditional Irish sponge cake with local organic strawberries and a fresh whipped cream filling. I was so jealous and craved so badly but I knew that I'll have it too once strawberries are in season and I can get them at their best to fit this special cake. Well, I’ve made so many sponge cakes using different techniques to find out which will yield the yummiest result and this one ranks among the top. I swear I could and almost finished half of what I made last night and felt nothing but utter satisfaction. It is so light and tender and every bite makes you want to eat more. The strawberries are perfect and the fresh whipped cream which I lightly sweetened just marries beautifully with the cake. But to correct myself, it did have some fats in the end which is included in the whipped cream- but who cares when the cake is soooooooo good? Here's how to make it: 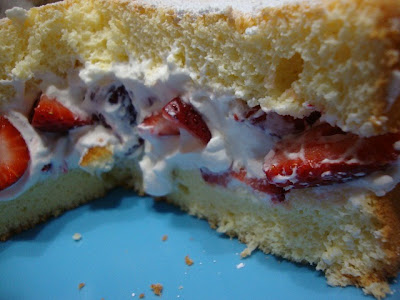 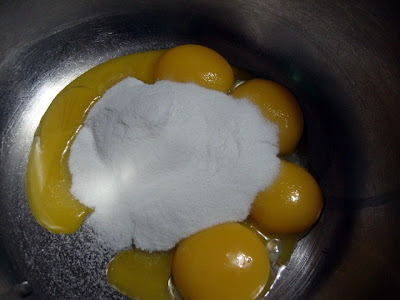 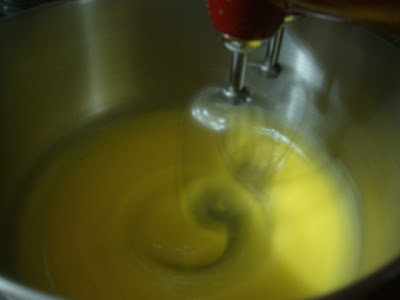 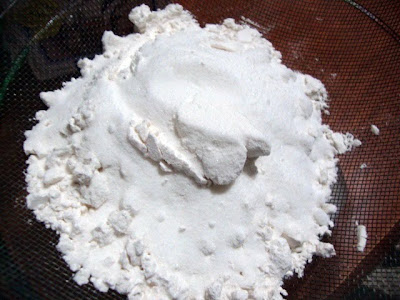 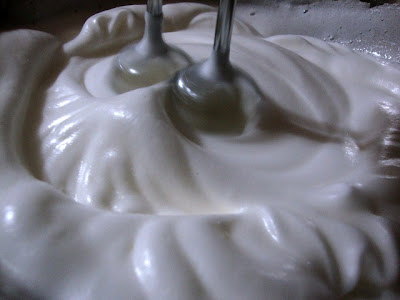 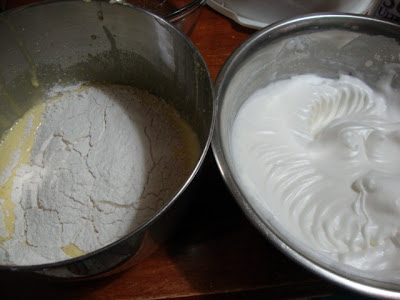 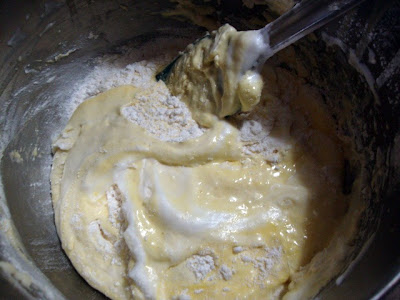 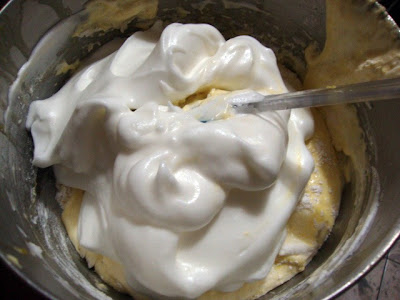 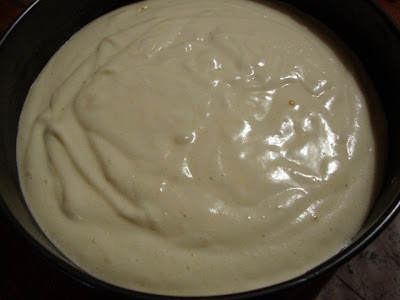 For the whipped cream:

Preheat oven to 325 degrees F and place rack in center of oven.
Prepare an ungreased spring form or tube pan.

Sift the cake flour and then whisk the flour with 1/4 cup of caster sugar.
Set aside another 1/4 cup for the egg whites

Place the remaining 1/2 cup of caster sugar in an electric mixer fitted with the paddle attachment (or use a hand mixer). Add the egg yolks and beat on high speed for about five minutes, or until they are thick, fluffy and light colored (the batter should fall back into the bowl in a slow ribbon when you slowly raise the beaters). It is now time to add in the vanilla extract, water, and lemon extract. Sift the flour/sugar mixture over the batter but do not fold in. (You will fold the flour mixture into the batter along with the beaten egg whites.)

In a clean bowl, with the whisk attachment, whip the egg whites until foamy. Add the cream of tartar and continue beating until soft peaks form. Gradually add the 1/4 cup (50 grams) of caster sugar and continue beating until the egg whites are shiny and stiff peaks form. Gently fold a little of the whites into the batter to lighten it, and then add the rest of the whites, folding just until incorporated. Do not over mix or you will deflate the batter. Pour the batter into spring form pan, evenly spreading the cake batter with your spatula.

Bake in the preheated oven for 30 - 35 minutes or until lightly browned and a toothpick inserted in the middle comes out clean. Remove from oven and allow to cool for an hour before releasing from the pan to cool completely. Using a serrated knife, divide the cake equally and set aside

In a large mixing bowl place the whipping cream, vanilla extract, and confectioner's sugar and stir to combine. Cover and chill the bowl and beaters in the refrigerator for at least 30 minutes. When chilled, beat the mixture until stiff peaks form. 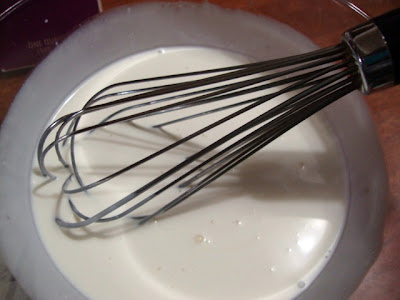 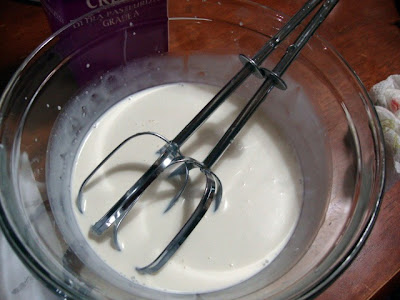 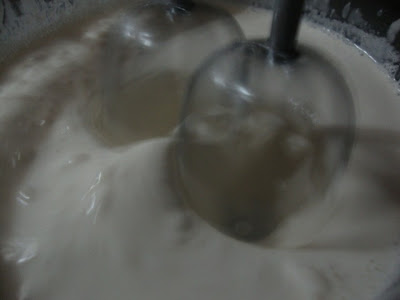 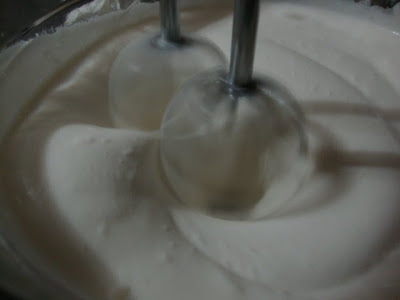 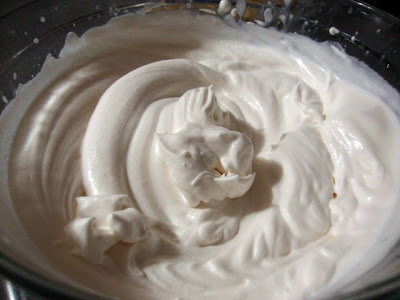 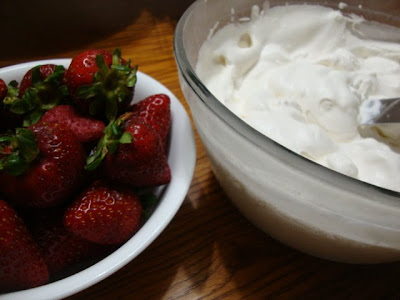 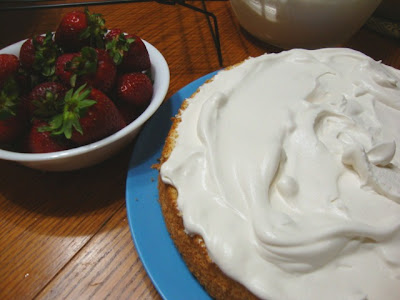 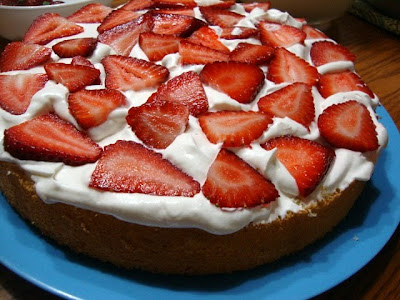 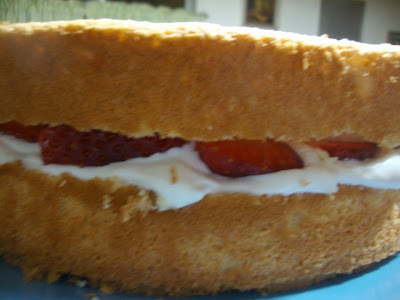 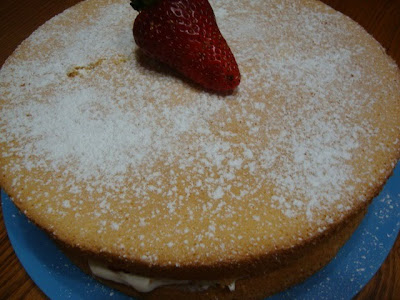 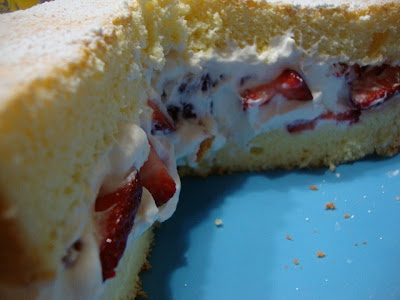 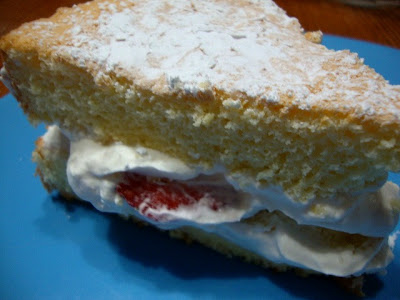 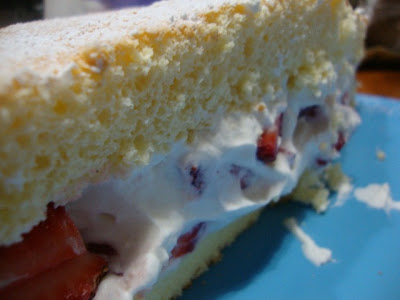