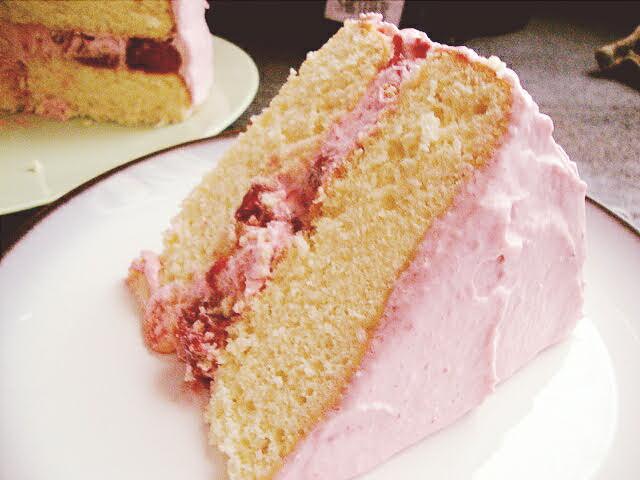 I planned to make this months and months ago- in fact right when strawberries were in season but it's the same lame excuse of having too much to do with so little time which got in the way. But a severe craving has its way of making one do the unthinkable, un-doable and makes you try your darnest just to create something to satisfy your palate. And there are always alternative ingredients. Just a little creativity will yield something not so remote from the real thing. Such is the case when I suddenly decided to make this sponge cake even as strawberries are not the best this time of the year. I bought some frozen ones and believe you me- the cake tasted good; my sponge cakes came out perfect but I kinda goofed and made a single cake oblivious to the fact that it is a layered cake. So I had to make another one and in the long run, it turned out for the better because my cakes were of the same thickness and size so layering came out nice too. 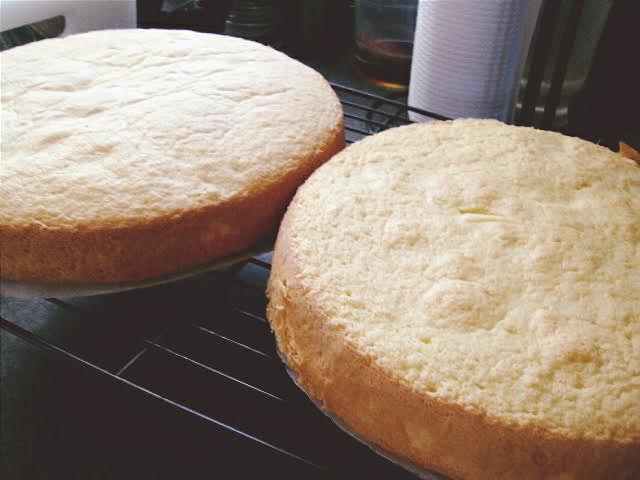 For the sponge cake

Slice the strawberries in two and simmer in its own juice over medium heat with sugar. Sprinkle Knox unflavored gelatin and stir till well incorporated. Set aside.
Using an electric mixer, beat heavy cream until Cool Whip consistency. Transfer 1/2 cup of the whipped cream to another mixing bowl then fold in half of the strawberries. Chill while preparing sponge cakes.

Method:
Whip heavy cream till thick but still shiny- keep an eye on it and avoid over whipping lest it becomes grainy; refrigerate
Beat softened cream cheese and confectioner's sugar till creamy. Add the rest of the strawberry filling and beat on high till thick. Stir in the refrigerated whipped heavy cream. Refrigerate while preparing sponge cake.

For the sponge cake

Directions:
Prepare the pans by buttering two round pans, line with parchment paper
Spray parchment paper with baking spray then flour the pans bottoms and sides then shake ex excess flour; set aside
Separate the eggs in two metal mixing bowls
Now put a rack in the lower third position and preheat to 325 F.

1. Start beating the egg yolks in the bowl. Gradually sprinkle in the sugar by the tablespoon to incorporate well. The batter should be pale yellow and creamy. Beat in the vanilla. Set aside.

2. Wash and dry the whisk (or beaters) well.

4. Immediately take a large rubber spatula and plop a ¼ of the egg whites into the egg yolk base. Stir gently to lighten the base. Then plop 1/3 of the remaining whites onto the base. Sift ¼ of the flour on top. Delicately and quickly use the spatula to fold the ingredients together, until they are nearly all incorporated. (To fold, plunge the spatula sideways - like a knife - into the center of the batter, touching bottom. Rapidly bring the spatula to the wall of the bowl and rotate it to scoop up and fold the batter over the whites and flour. Do this several times.) Repeat the process with the remaining egg whites and flour making sure to fold nicely.
When done folding the flour to the egg mixture, pour in the melted butter in a circle. Quickly fold it into the batter (do not over beat or the batter will deflate). The finished batter will be pale yellow, very thick, and light feeling.

5. Divide the batter equally and pour into the prepared cake pans. Smooth the tops gently with rubber spatula.

6. Gently slide the pans into the oven. Bake for 20 to 25 minutes or until the cake springs back when touched on the surface.

7. Remove the cake from the oven and cool on a rack. Invert the cake onto your hand (or back on the rack), give the cake bottom a tap, and then remove the cake pan. Peel off the parchment paper and discard. Allow to cool completely before filling and frosting 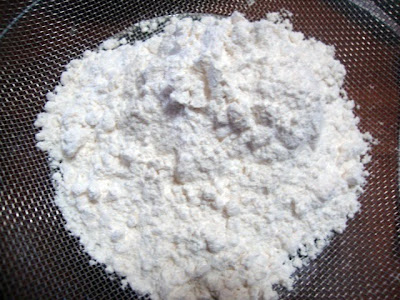 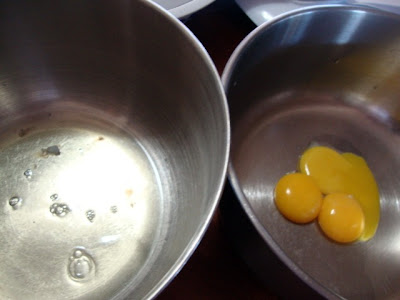 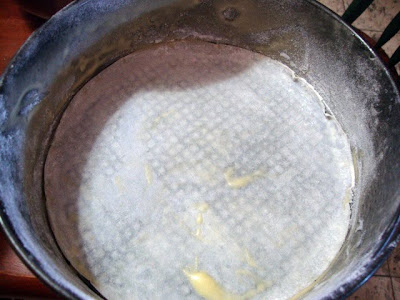 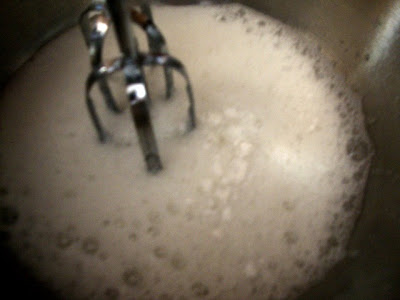 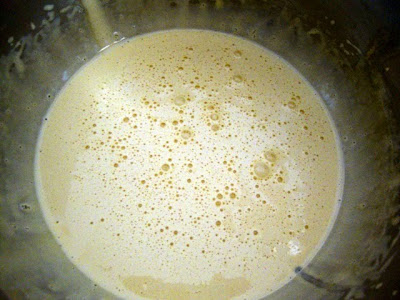 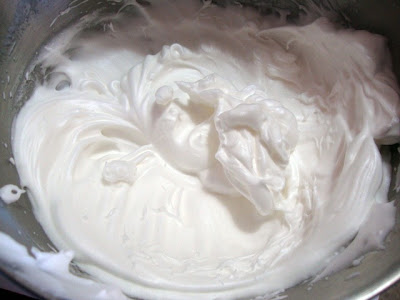 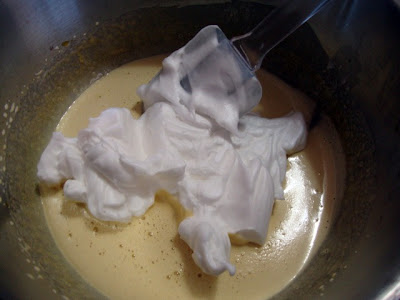 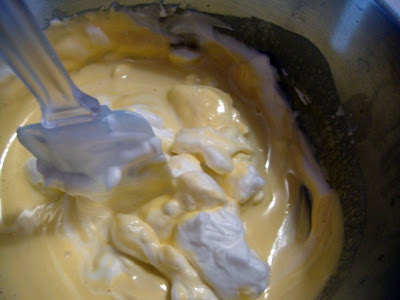 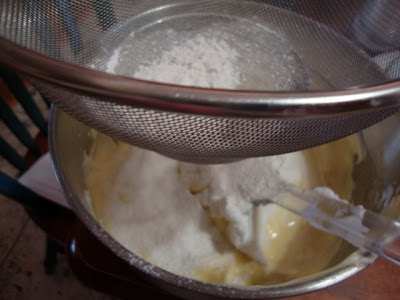 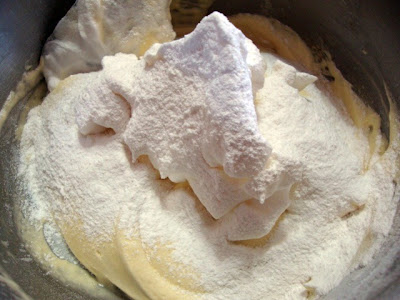 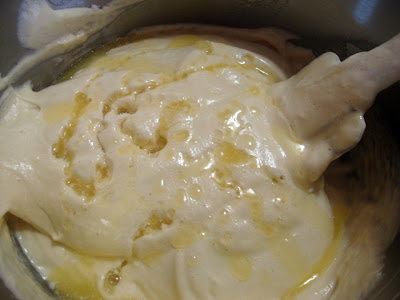 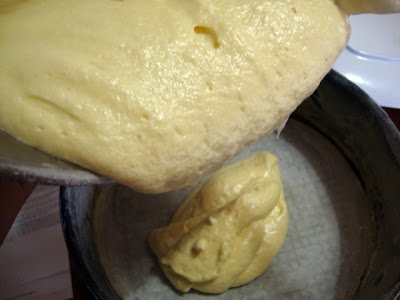 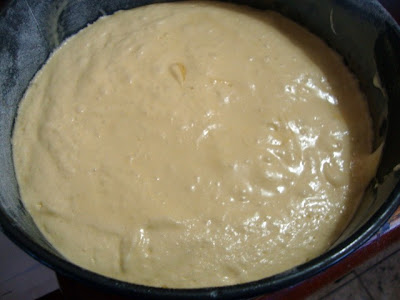 Assembling, filling and frosting the cake 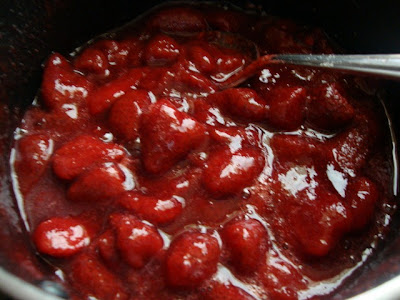 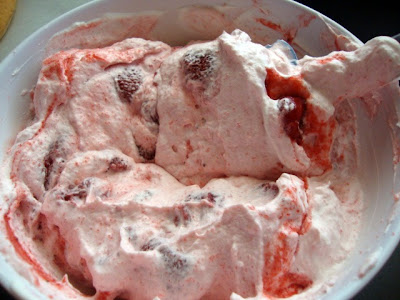 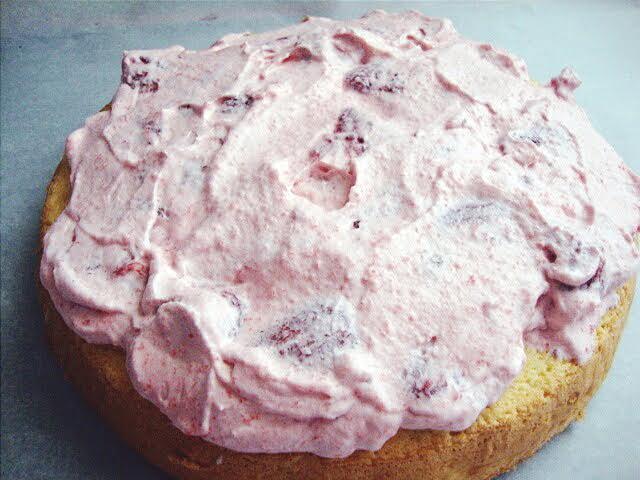 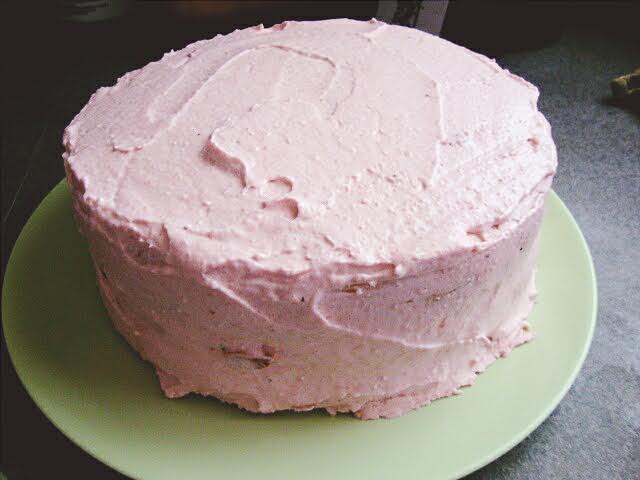