Joanne Chang is my twin sister! 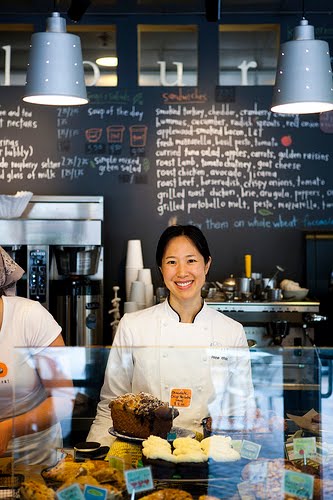 Don’t be shocked- it’s merely wishful thinking- a tribute post and not an announcement or a confession ha ha.

If you haven’t heard of Joanne Chang, she’s the owner of the popular Flour Bakery (of the Sticky Buns fame from Bobby Flay’s Throwdown show from way back) in Boston. It was from that episode that I came to know her and she really had me at those sticky buns. To beat my homeboy Bobby in a throw down could only mean those buns are dynamite. But making my own seems more doable than flying to Boston just to taste it.

It was easy finding the recipe at the Food Network site and after watching some YouTube videos, I was ready to embark in another baking adventure. And so I made my first sticky buns and they’re inspired by Joanne Chang yay! And came tasting time. The first bite was pure joy. The brioche dough was the key –so soft and pillow-y; and my goo has just a light caramel color but it was perfect for my taste. I didn’t even have pecans but walnuts worked just fine. 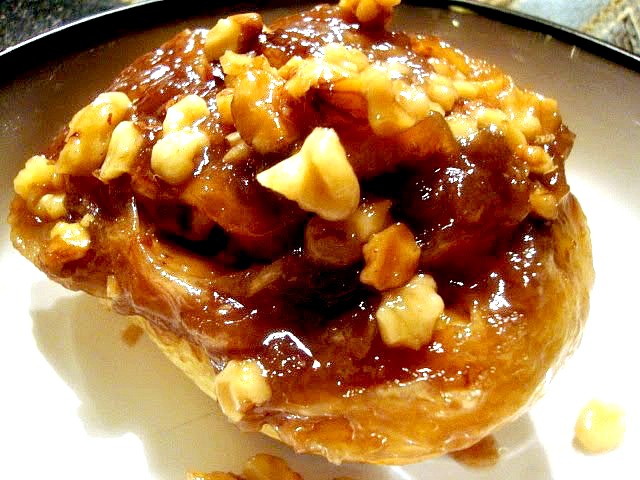 I was happy with my success. And then it was back to normal after the euphoria died down and that episode soon eclipsed by some other triumphs and excitement brought about by new things I discovered and learned in my foodie journey.

It was the same month a year after when someone gave me a recipe for banana bread. I didn’t look at the recipe till I was actually in the kitchen and found out it is Joanne Chang’s famous banana bread. Needless to say I was excited and memories of her sticky buns came back. It was too long ago but I was hoping it will be another positive endeavor. 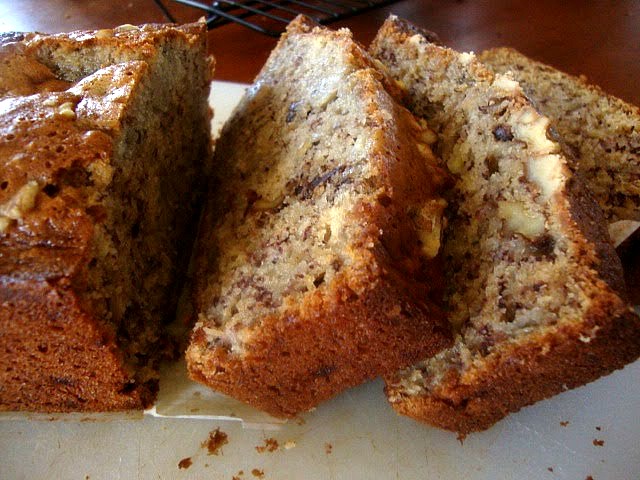 Pardon the crappy picture as it did not give justice to how the banana bread came out. As I stated in the original post, I understand why the lab technician at the hospital was so happy with the recipe that he had to share it with me.

So, that sums up my Joanne Chang experience. I have made/replicated two of her celebrated creations and concluded that I will always think of her when sticky buns and banana bread are in discussion.

Until one day, K told me she was going to Boston to attend a wedding. The first thing that came out of my mouth was "can you go to Flour and get me some sticky buns"? Of course she said Yes! It felt like the longest weekend as I waited for her to arrive and go back to work with my sticky bun.

And then K is back with a box of goodies! 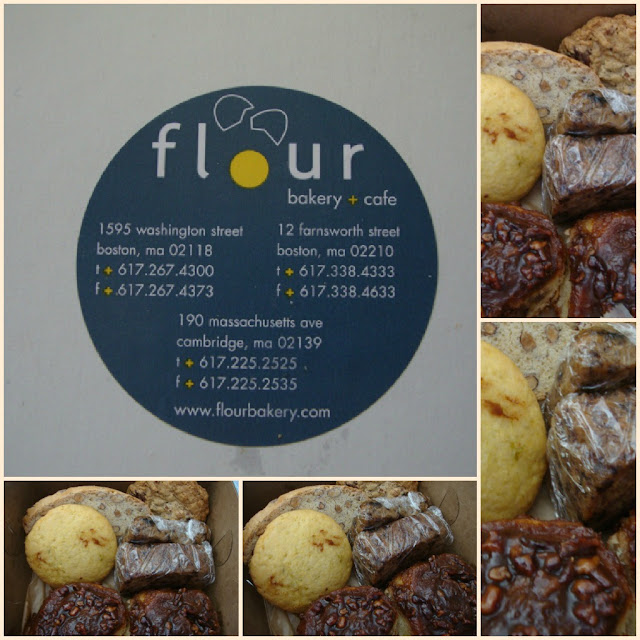 and a couple of shots from the bake shop ... wish it was me taking pictures 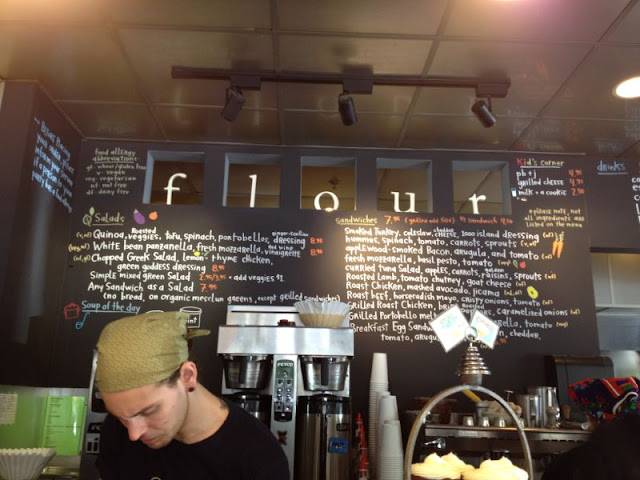 I first tasted a sticky bun which I had to nuke of course. It was somewhat on the dry side but I understand it was because it's been in the fridge for a couple of days. (Hmm I should use dark brown sugar next time to achieve that deep amber color for the goo). Fresh is always the best but I must say it passed my sweetness taste. Just my kind of sweet! I moved on to the banana bread. OMG! I had a blast of real banana flavor and it is moist and delicious- kind of reminded me of my banana bread which is a spin from her recipe. Too bad I didn't take a picture of hers as I was busy munching. 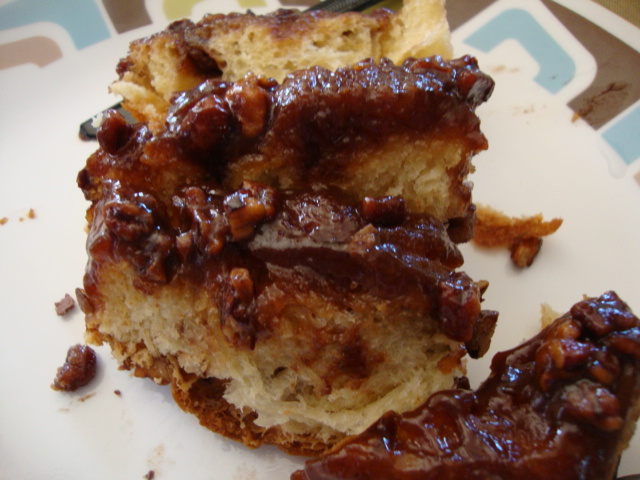 There are three more cookies in the box and after tasting them all I asked myself- is she my twin sister? I'm throwing modesty out the window but I feel like in my past life, we went to the same baking class together or something. The way she bakes her stuff is how I want to do mine. Of course in real life I never had any formal training and culinary school is not an option no matter how passionate I am about cooking or baking. But I adore Joanne Chang and I am a huge fan now. I love and admire other chefs too but it seems I don't even have to tweak any of Joanne's recipes to suit my taste. I mean, from what I've already sampled- I’ll soon find out more when I get my hands on her Flour cookbook!
Email Post
Labels: Bakery Joanne Chang Random Rambling