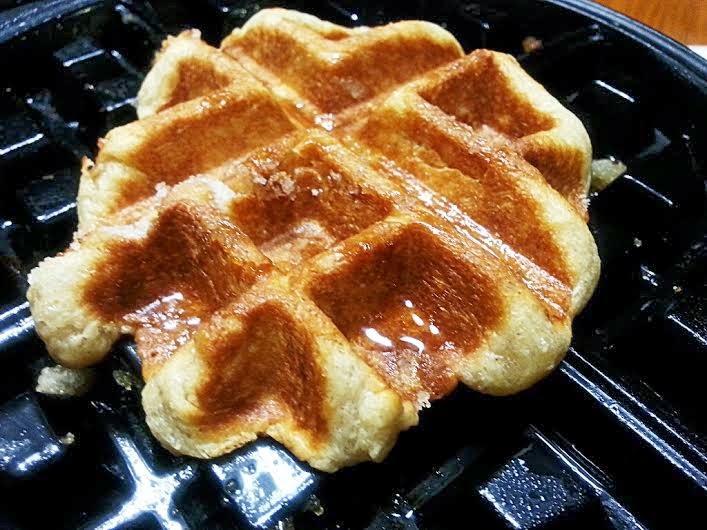 I found myself craving for Liège waffles but just the thought of how long and tedious the process to make the dough is enough to dampen the longing.  I mean, surely there must be a way to shorten the time of preparation- something that does not require overnight proofing/fermentation in the fridge.  So I searched for an easier recipe and I guess the waffle gods must be on my side that they led me the way quicker than I thought it would be.  With my criteria met as I scanned the recipe; I started prepping for what will be my first Liege waffles made easy ever.   The recipe is as follows: 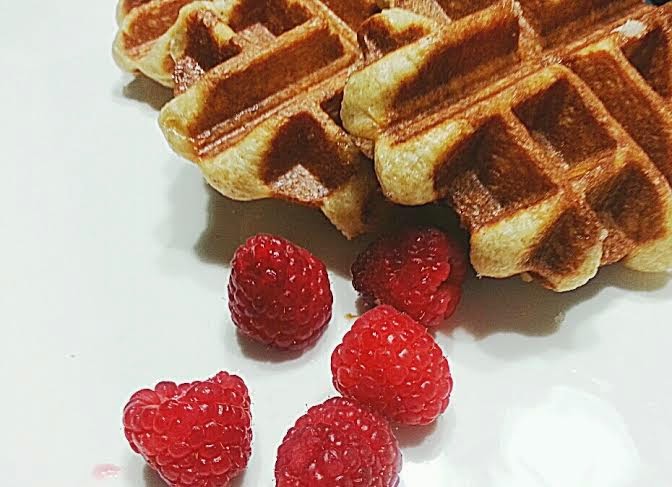 Directions:
Dissolve the sugar in the warm milk; then add the yeast. Make sure that the milk is not too hot, lest it kill the yeast instead of promoting its growth. Place a plate or some kind of cover on top of the bowl with the milk, sugar and yeast. Set aside for about five minutes. When you check on it, the yeast should have bubbled up, looking light brown and spongy.
Meanwhile, mix the sifted bread flour with the cinnamon, vanilla extract, and salt in the bowl of a stand mixer. Pour in the yeast mixture; then add the whole egg and egg yolk. Mix on medium speed until it is fully combined. The dough will be yellow and stiff, yielding only slightly to a poke.  Cover the mixing bowl with plastic wrap and let the dough rest in a warm place for about thirty minutes.
Beat in the butter piece by piece; you do not have to wait for the prior piece to be fully incorporated before adding the next. When the dough has incorporated about half of the butter, the mixture will be like a very thick, somewhat broken-up paste. If you keep engaging the mixer on medium-high speed, the dough will eventually become a cohesive whole, looking smoother and more feeling more elastic. Scrape the sides of the bowl if needed.
Kneading very gently, incorporate the sugar crystals just enough to get them evenly distributed. Work quickly so as not to soften the buttery dough too much.  Divide the dough into a dozen equal pieces, gently forming them into balls.  Place the balls of dough on a cutting board in a warmish place for fifteen minutes or so. During the last two minutes of this resting time, preheat your waffle iron until it is very warm, but not hot.


Spray the griddles with cooking oil. Place each ball of dough in a whole square or section of the waffle iron. Like regular waffle batter, the dough will start to puff up. Cook the waffles until the surface is golden to dark brown. Be sure that the waffle iron you are using is appropriately deep, or else the interior of the waffle will not be cooked through. If you are using a vintage stove top waffle iron, flip the iron every thirty to forty seconds, lifting the iron to check the rate of browning. The browning should be gradual to allow the interior to fully develop.  Set the waffles on a cooling rack as they come out of the iron to promote a crispy exterior. Serve immediately with a sprinkling of powdered sugar. 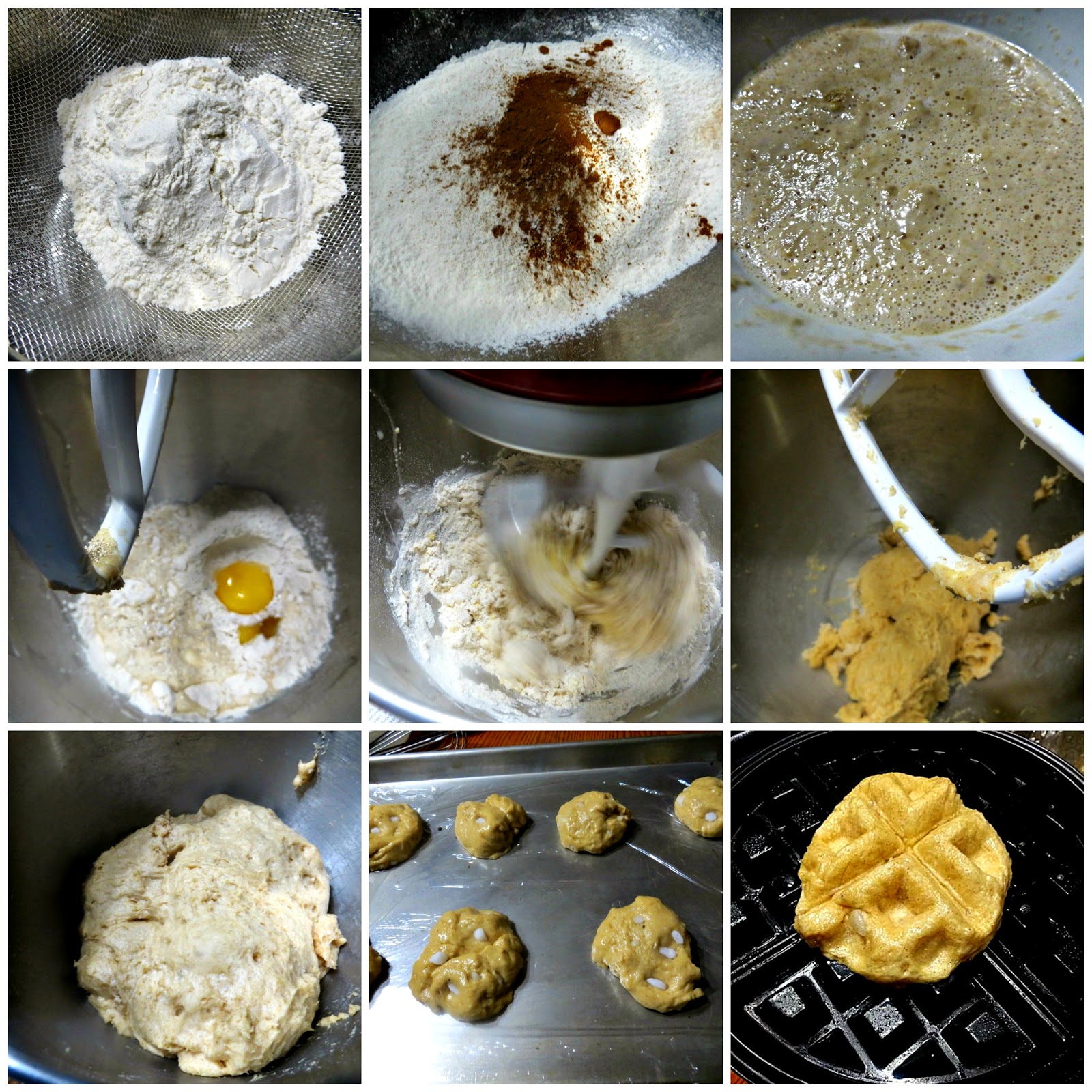 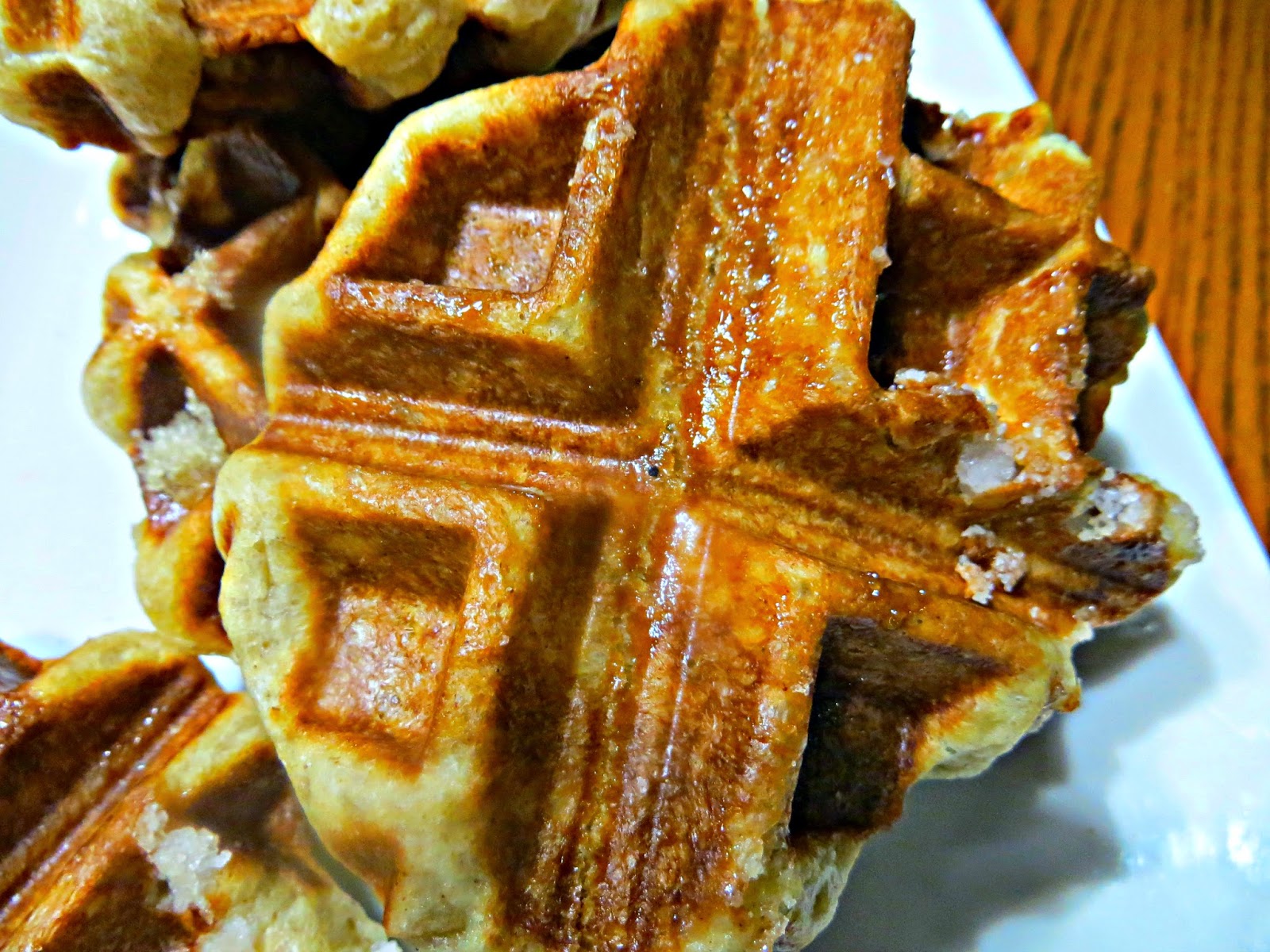 The dough is definitely different but the waffle deserves credit for its texture- crunchy exterior and soft, buttery interior; the sweetness coming but from the pearl sugar.  I just love it melted as it gives the waffle that beautiful sheen and while the pearls are supposed to be melted, I love it as well when almost melted and crunchy and brittle to the bite. 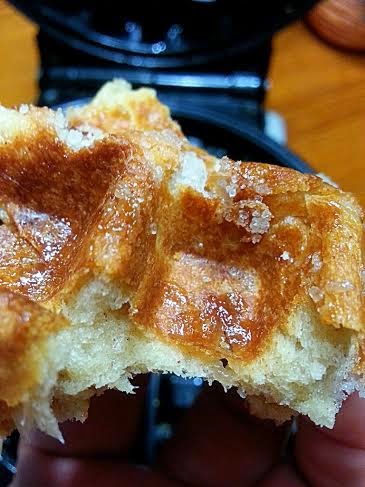 The verdict- the overnight dough still yields the better waffle IMHO but this is a wonderful alternative and worthy of my respect. 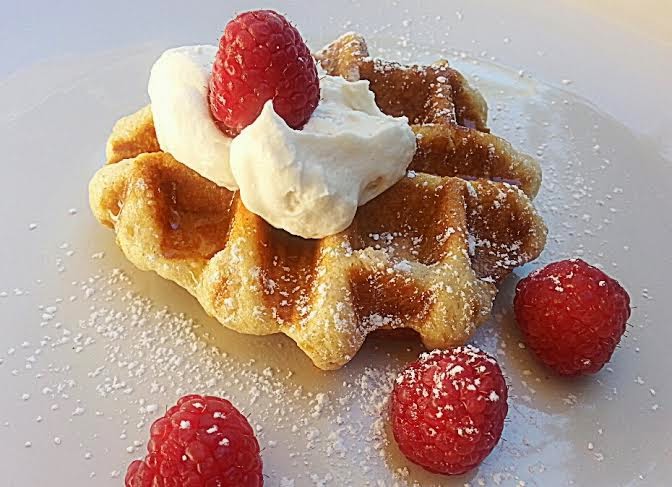 With a dollop of fresh vanilla whipped cream, a light dusting of powdered sugar and some fresh raspberries .... ah not to be ignored...
Email Post
Labels: Breakfast Liège Waffles Waffles