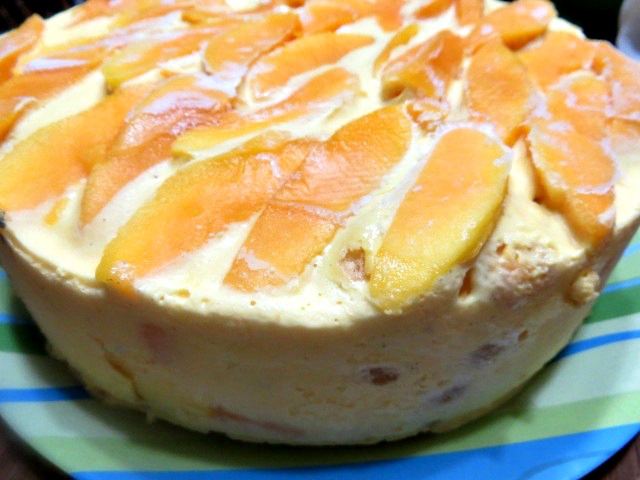 I regret that summer will soon be over and my ice cream maker is just sitting idle doing nothing. Well, of course it can't function on its own so it's all on me. Where have all your Jell-O desserts, panna cottas, gelatos, sorbets, granitas and sherbets go?" Ms JC asked me and I can only respond with a shrug although she herself feels weird that we haven't had a single root beer float party that we normally have as soon as summer starts.

I guess the closest thing to a summer treat that I made so far is Mango Tiramisu.  Mangoes are the best this time of the year and what a fitting dessert to highlight its deliciousness but this although partaking of the fruit by itself is already a treat.

Here’s how to make it: 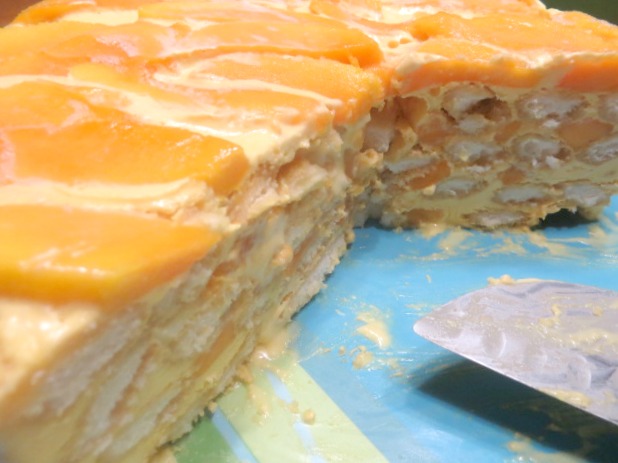 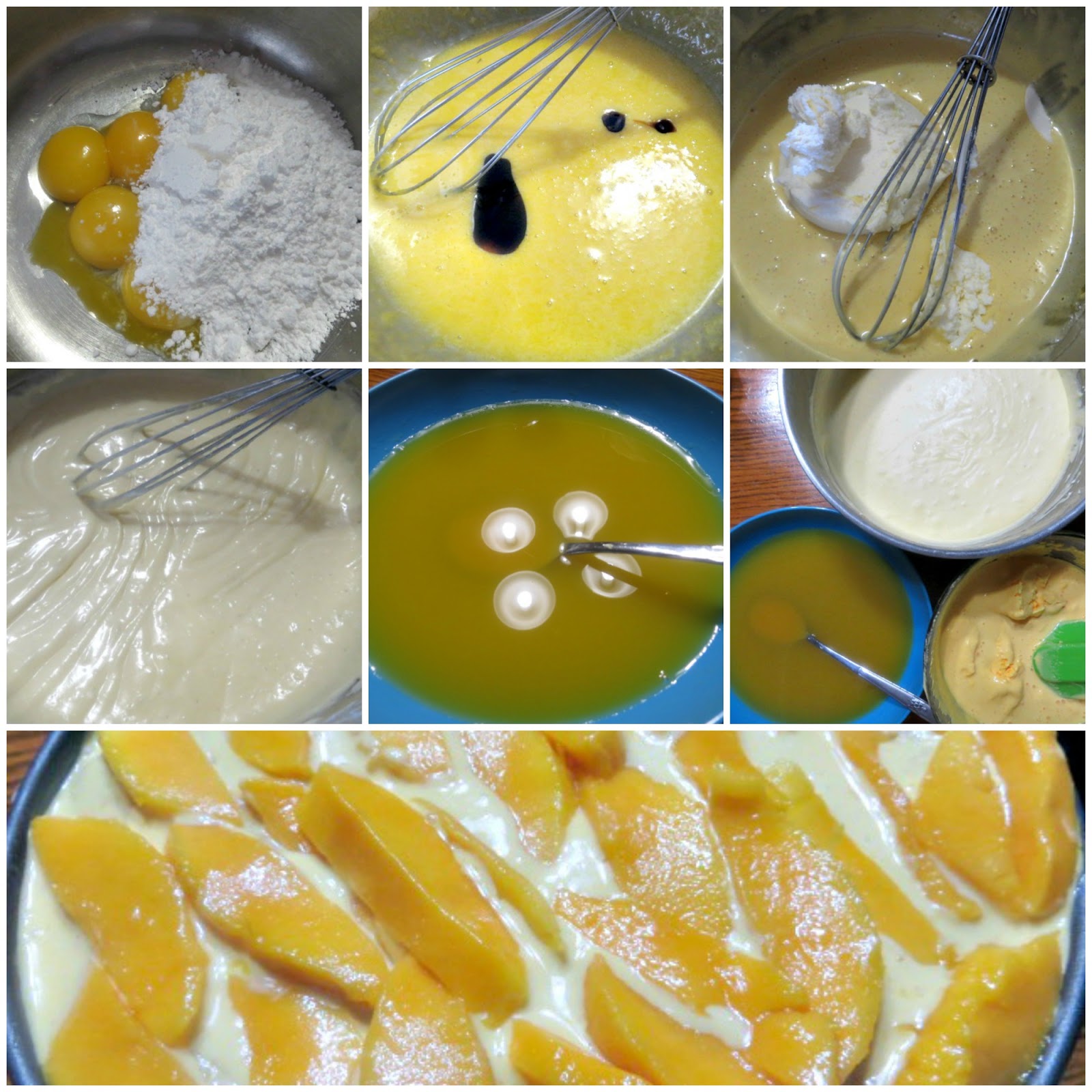 PROCEDURE:
Chill the bowl to be used for whipping the heavy cream
Whisk together egg yolks and sugar on top of a double boiler until well combined.  Stir in vanilla.
Reduce heat to low and stir for about five minutes
Remove the mixture from heat and add the mascarpone cheese
Beat until combined- set aside
With an electric mixer, whip the heavy cream in the chilled bowl until the stiff peaks are formed.
Gently fold into yolk mixture and set aside.
Line the base of a spring form pan with plastic wrap or parchment paper
Dip each lady finger into the mango puree mixture
Spread with one-third of the mascarpone mixture, and top with one-third of the mango slices. Repeat the process then top with the remaining mascarpone mixture
Chill for two hours before serving

To serve: Carefully remove the sides and base of the cake pan and transfer the tiramisu to a serving platter. Decorate with reserved mango slices, then slice and serve. 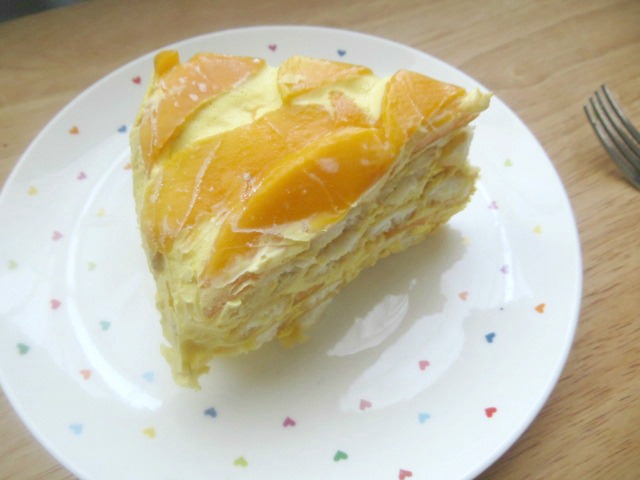 NOTES:
I topped my tiramisu with the sliced mangoes before chilling but you can do it before serving as well to retain its fresh look.  Whatever works for you but I prefer my tiramisu half frozen; almost like ice cream cake
I used store-bought lady fingers due to time constraints and realized that I still prefer making my own. 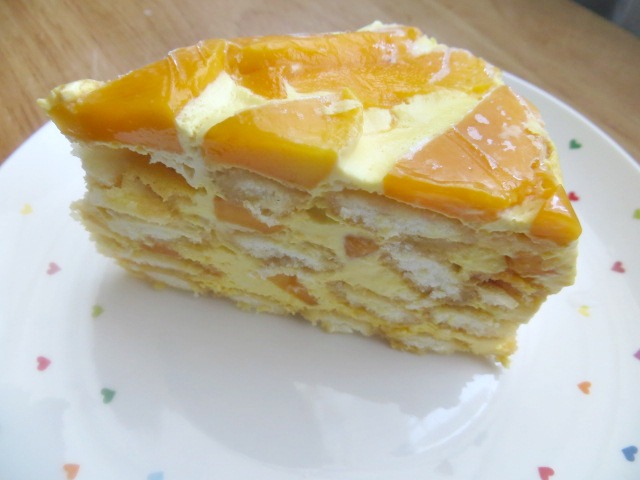