I can't believe it's butter! 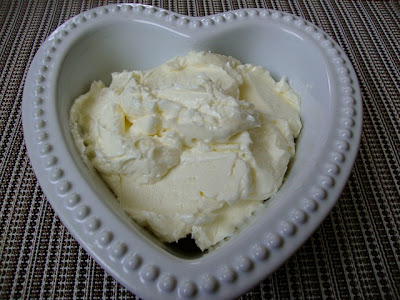 Yes! After watching Manang's instruction video on making butter through a blender, there's no stopping me till I have a bowl of freshly made butter in front of me.

It is very easy although I was doubtful at first if I was doing the right thing. There was hardly any movement in my regular Oster blender which made me wonder if it's up to the task. Manang has a real nice turbo blender. 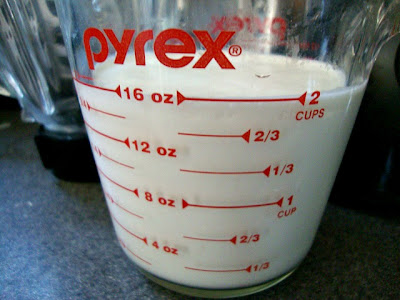 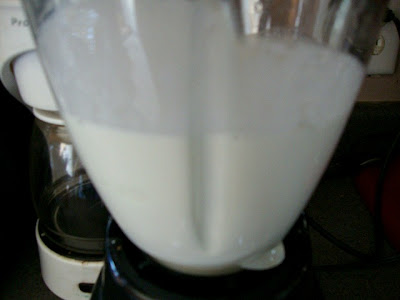 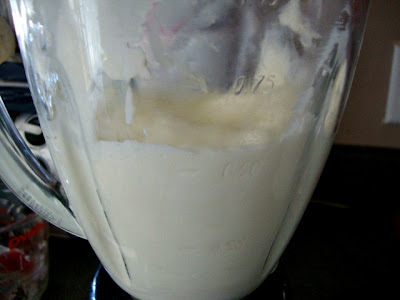 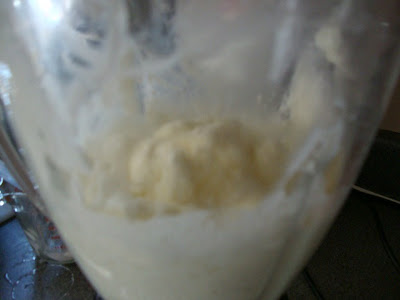 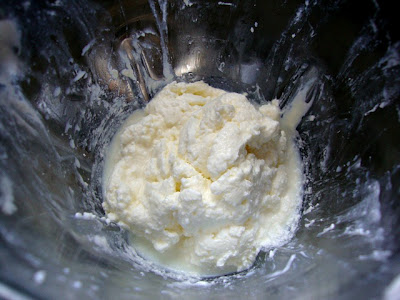 My cream didn't go through that liquid state and I just saw the mound of what looked like butter when I removed the lid. In fact, it was visible even from outside. But I didn't want to mess it up by over blending lest it reverts back to its original state. Overdoing things can really mess up things. I remember over whipping my heavy cream intended for frosting and it turned to butter but now that I recall doing that the result then is hard butter. This one is soft and spreadable- the way I like it. So to the wire strainer it went over a bowl of iced water to rinse off. 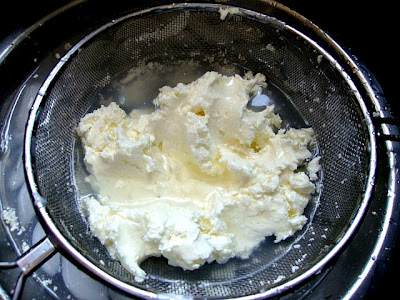 I did the process three times then I transferred butter to another bowl to knead with my cold hand to squeeze off the excess water. 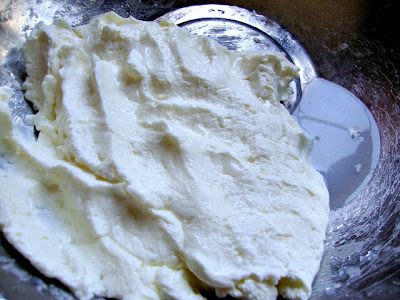 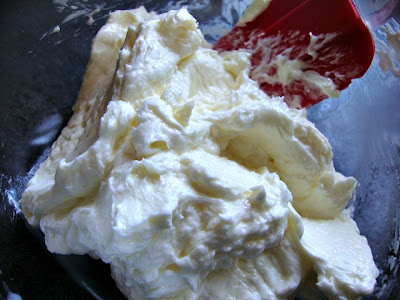 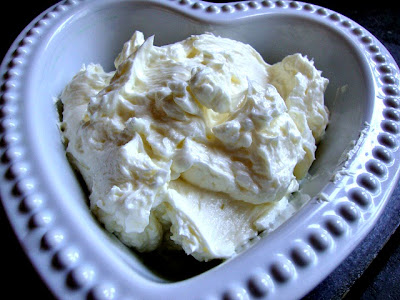 It is soft to the touch and it smells so good. So the next step is to try it on toast. I pan toasted an English muffin which I spread generously with my first butter. Delish! 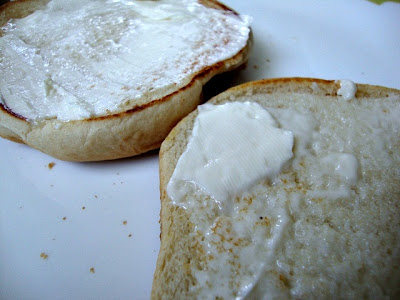 Then I tried it with Texas toasts ---- 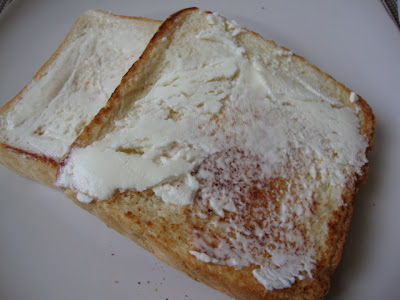 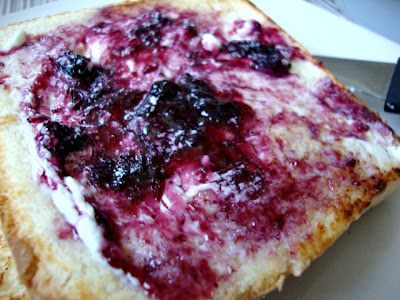 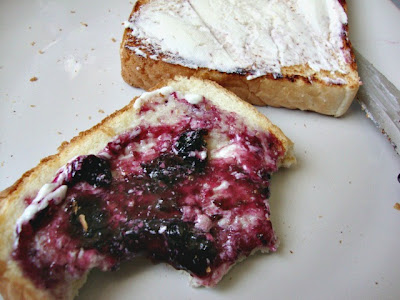 You can watch Manang's video for the procedures and for the ingredients- all you need is 2 cups of heavy cream and your blender for unsalted butter.