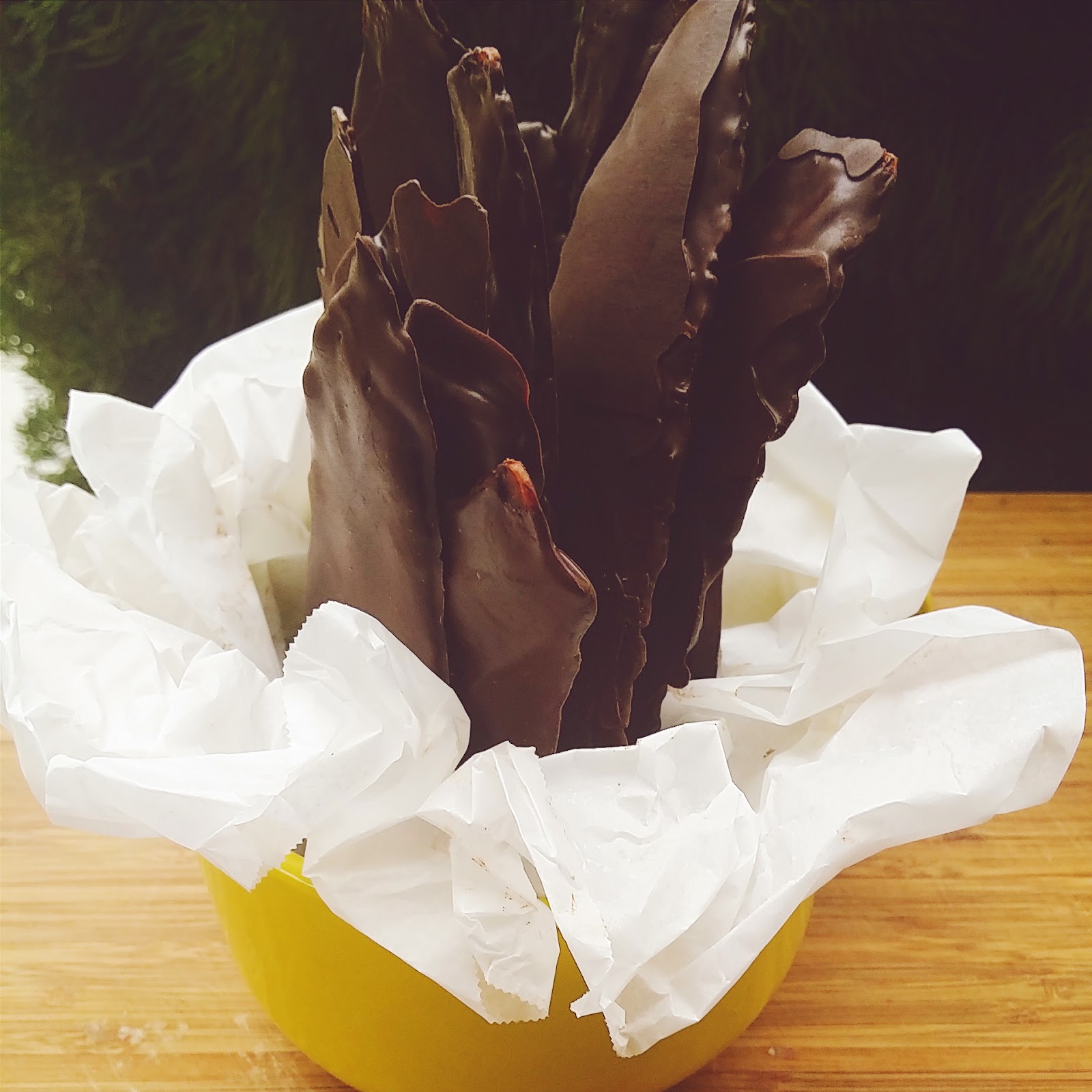 It was March 2012 when I first made it inspired by Marini’s Candies; and back then, I mentioned that next stop would be turkey as it was regular bacon that I used then.  Finally, I was able to revisit the bacon candies today as part of my goals for this year – recreate some of my favorites from the past. 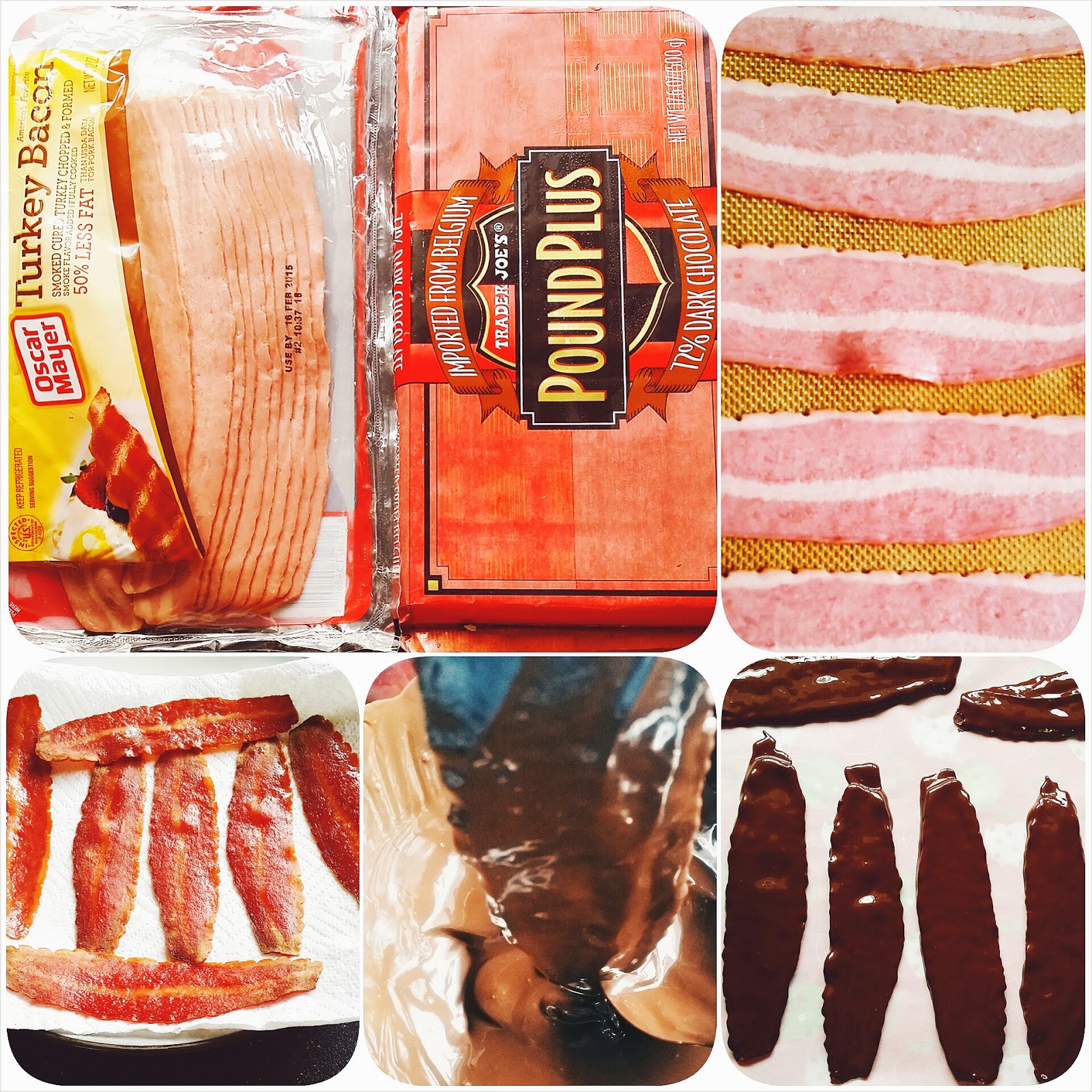 It’s even easier this time and the whole process took less than 30 minutes.  It starts with baking the bacon in the oven for about ten to fifteen minutes or until golden at 350 degrees F.  Then place in a platter with paper towels to drain excess oil although there really isn’t that much since this is turkey bacon.  I melted my dark chocolate in a double boiler then dipped each piece to coat then place in a parchment paper lined try to blast chill in the freezer for the chocolate to set.  It is also easier to release the bacon from the parchment paper when cold.  I was enjoying my sweet and salty swatches of goodness in no time at all.  These are the healthier version but I can’t lie- nothing tastes better than real bacon. 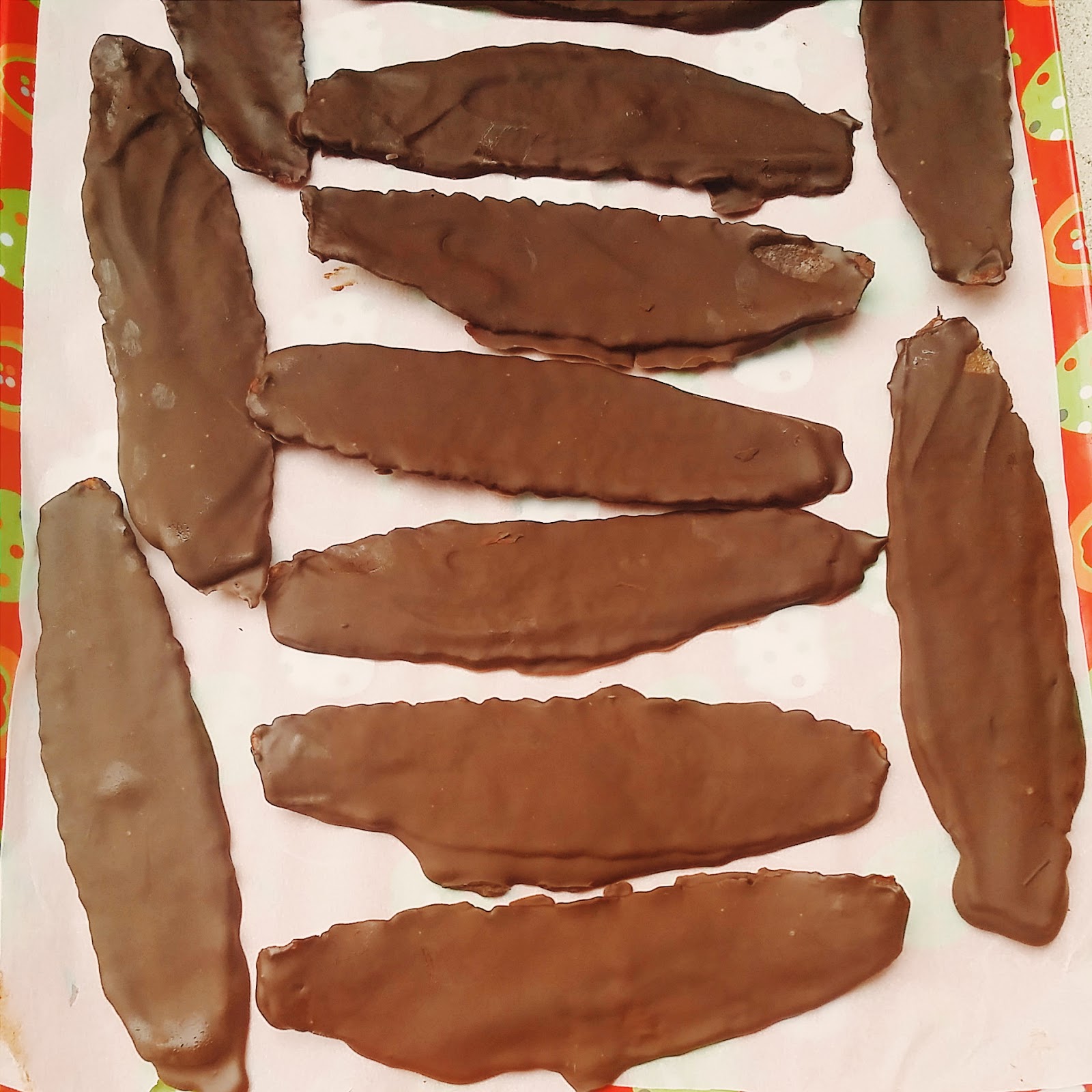