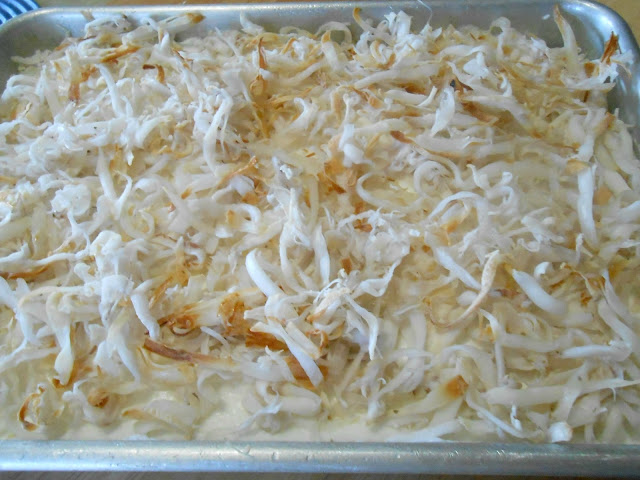 Friday:
I don't know why but I've been craving for coconut tres leches cake.  Not that I've tasted it before but I can't stop imagining my coconut cake in tres leches form.  I am not thinking of using coconut milk in the milk bath though.  I'm sticking to the original cast but I have to add some extract to the cream mixture to make the coconut flavor come through.  The icing will still be Italian meringue and the topping will be shredded young coconut.  I am salivating as I think about it.  I hope I can pull it through. 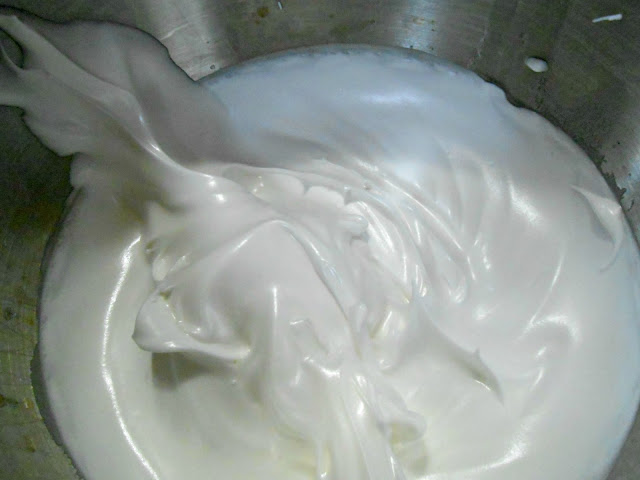 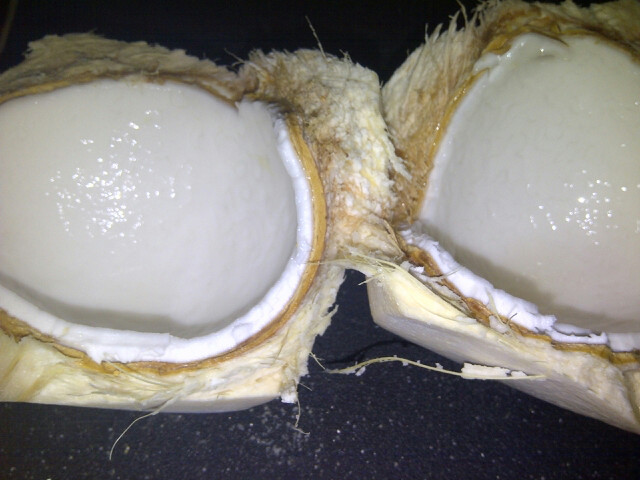 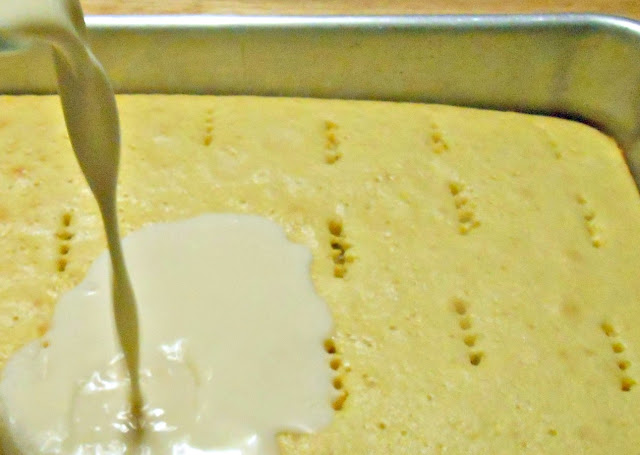 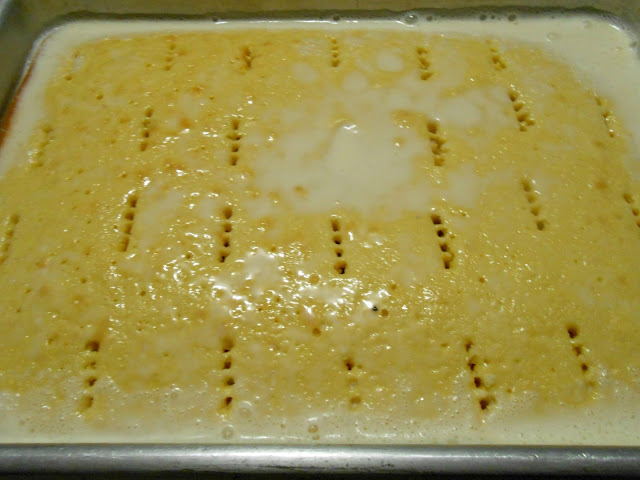 Sunday morning:
I baked/toasted my shredded young coconut in the oven for 30 minutes at 375 degrees F- that's enough time to dry the exterior but still maintaining the creamy moisture inside.  I am picky and will not use sweetened coconut from the bakery aisle at a grocery store.  That's what separates my coconut cake from the rest. 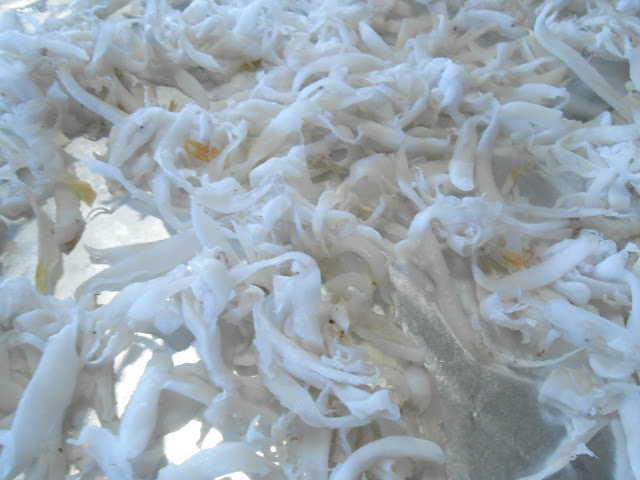 So I iced the cake as planned and arranged the shredded coconut generously on top.  I don't want big gaps if I can cover the whole surface with coconut. 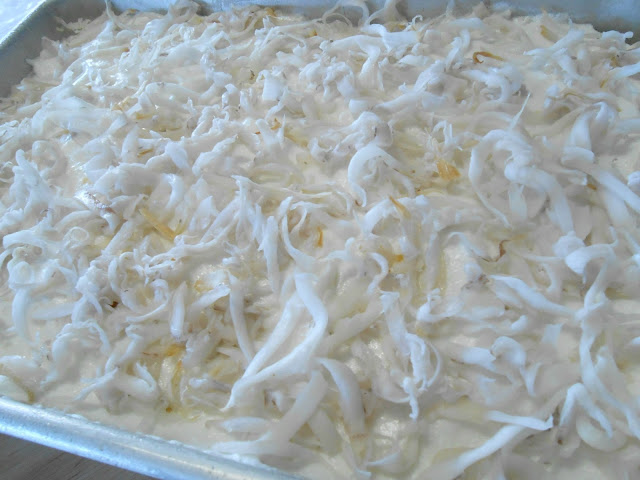 I actually did it in two batches so the top, I had more of the toasted pieces for crunch. 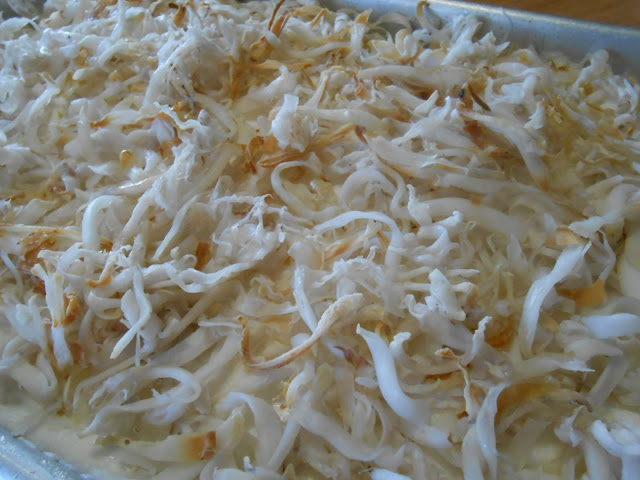 And the cake is ready! Wohoo... the first slice is for me! 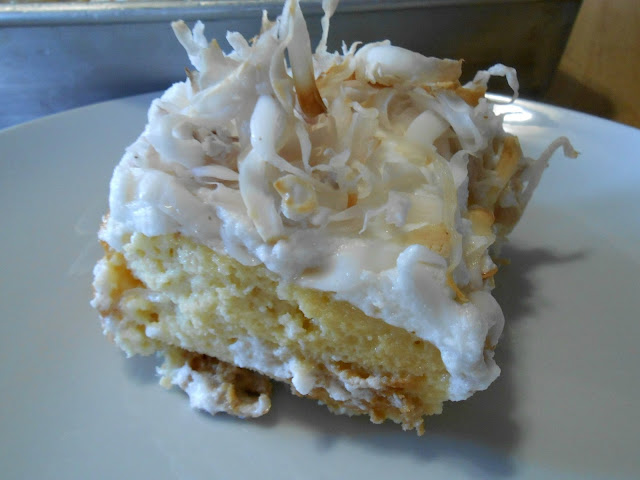 I'm in coconut heaven!  Moist and creamy with just the right amount of sweetness and the coconut flavor really shines without being cloying.  The shredded coconut makes the cake with a delicious combination texture of soft inside and crunchy outside. 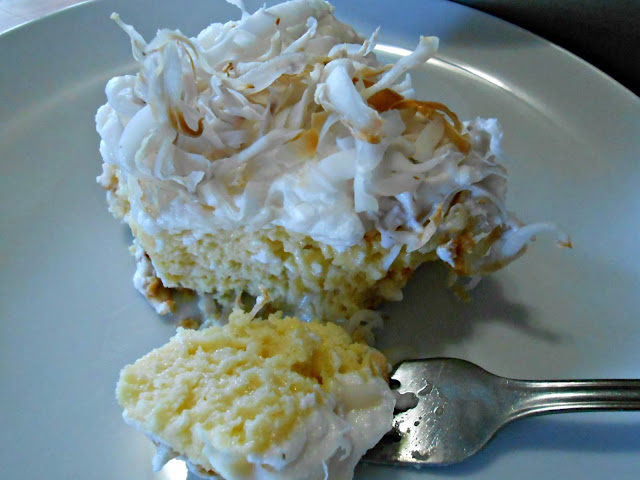 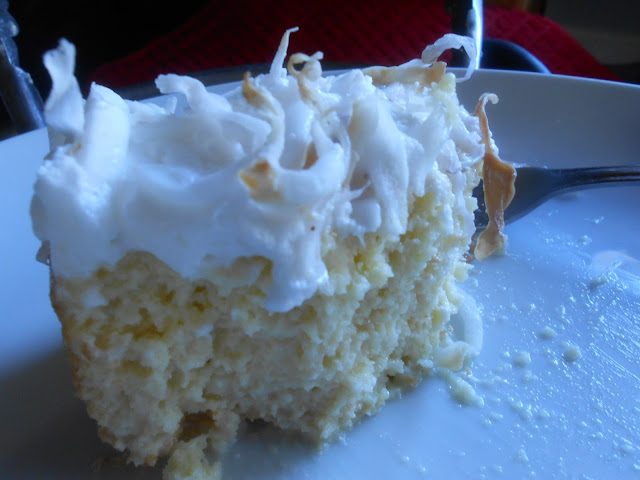 Here's how to make this delicious tres leches from scratch:

To make the cake:
Preheat the oven to 350 degrees F. Lightly grease and flour a 9 by 13-inch baking dish and set aside.
In the bowl of a mixer, beat the egg whites on low speed until soft peaks form. Add the sugar gradually with the mixer running and peak to stiff peaks. Add the egg yolks 1 at a time, beating well after the addition of each.
Sift together the flour and baking powder and add to the egg mixture, alternating with the milk. (Do this quickly so the batter does not lose volume.) Add the vanilla, almond and coconut extracts. Bake until golden, 25-28 minutes.

To make the cream and shredded coconut topping:
In a blender, combine the evaporated milk, condensed milk, and heavy cream, whole milk and coconut extract and blend on high speed.
Remove the cake from the oven and while still warm, pour the cream mixture over it. Let sit and cool to room temperature. Cover and refrigerate until well chilled, at least 4 hours or overnight.
Meanwhile, line a baking sheet with aluminum foil and grease with a little unsalted butter.  Spread the shredded coconut evenly then bake for 30 minutes in 375 degree oven (occasionally toss with a fork to toast the coconut evenly). Set aside to cool completely
To make the icing:
Once the cake is completely chilled, in a saucepan combine the water and sugar. Bring to a boil. Reduce the heat and stir to dissolve the sugar. Cook until the mixture reaches the soft ball stage, 235 to 240 degrees F. Remove from the heat. In a medium bowl, beat the egg whites to soft peaks. While beating, add the hot syrup in a stream. Beat until all the syrup has been added, the mixture cools, and a glossy icing forms.

To assemble:
Remove the cake from the refrigerator and spread the icing evenly across the top. Arrange the shredded young coconut on top and serve

Notes:
As soon as the cake is out of the oven, I poke the cake with a fork- maybe six to eight times all around before pouring the milk bath. Then I freeze it and do icing and topping an hour before serving.
Email Post
Labels: Bakery Tres Leches